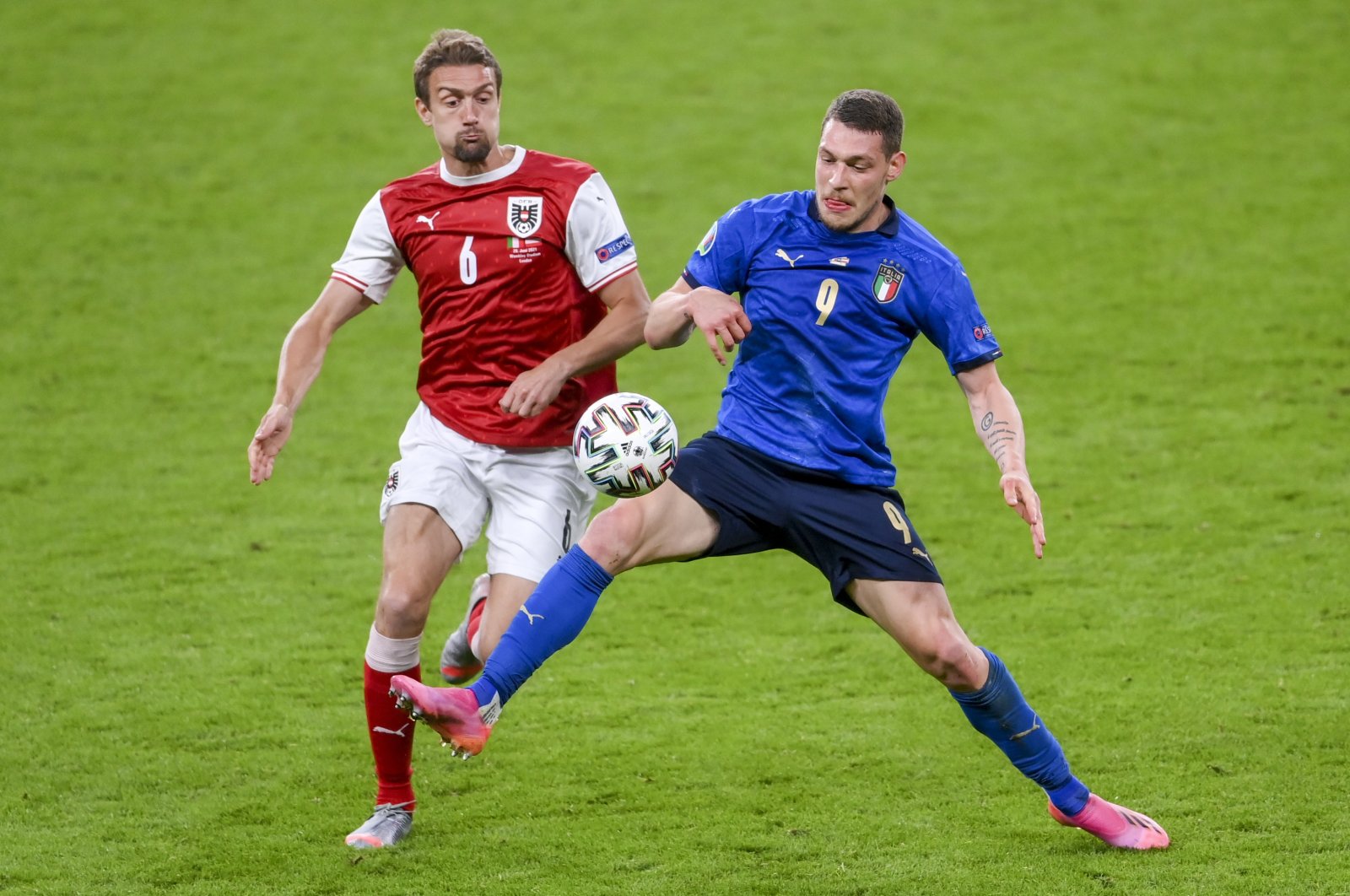 Substitutes Federico Chiesa and Matteo Pessina both scored in extra time Saturday to give Italy a 2-1 victory over Austria and a spot in the Euro 2020 quarterfinals.

An unmarked Chiesa brought down Leonardo Spinazzola’s high cross with his head, controlled the bouncing ball with his right foot and then used his left to shoot low into the net in the fifth minute of extra time.

Pessina, who came on midway through the second half, sent the ball into the far corner of the net in the 105th minute.

With the win at Euro 2020, Italy set national team records with its 12th straight victory and 31st straight match unbeaten.

Now Roberto Mancini’s side is up for a quarterfinal meeting in Munich on Friday against the winner of Sunday’s match between defending champion Portugal and top-ranked Belgium.

“Ideally we would like to avoid both,” Mancini said, “but it’s not possible.”

After scoring seven goals without reply in the group stage, Italy didn't have it so easy against an Austria team playing in the knockout stage at a European Championship for the first time.

“After 90 minutes we said that we just had to improve the quality of the final passes,” Spinazzola said, "and finally the goals arrived in extra time.”

Individual skill produced the breakthrough from Chiesa. Italy's second was more about calmness in a goalmouth scramble. Pessina, who came on midway through the second half, sent the ball into the far corner of the net as the first period of extra time drew to a close.

“In this team everybody can score and this is our main strength,” Pessina said. "We are a great group.”

The group spirit was clear in the raw emotion of the goal celebrations as teammates collapsed on Pessina, a late injury replacement in the squad.

“He's not a player I have necessarily unearthed – he has been doing brilliantly for Atalanta,” Mancini said. “He has certainly proved that he is a top player and I think he will have a great future with Italy because I think he is only going to get better."

Italy was also celebrating in extra time after setting a world record for minutes played without conceding a goal in international football. The previous record was also Italy’s and was set with goalkeeper Dino Zoff in the team. The Italians went 1,143 minutes between 1972 and 1974 without allowing a goal.

But Italy soon conceded for the first time in 1,168 minutes, from a set piece in the 114th minute when Sasa Kalajdzic headed the ball in from a corner.

The Austrian comeback ended there, however, and Italy held on for its 31st straight unbeaten match – another national team record.

Austria took 63 minutes for its first shot, then found the net two minutes later. Alaba headed the ball across the penalty area and Marko Arnautovic nodded the ball past Italy goalkeeper Gianluigi Donnarumma. But the video review showed Arnautovic's right foot was offside.

“We are disappointed and sad,” Austria coach Franco Foda said. “We need justice in football but today it hit us. It was a close offside and we have to live with it.”