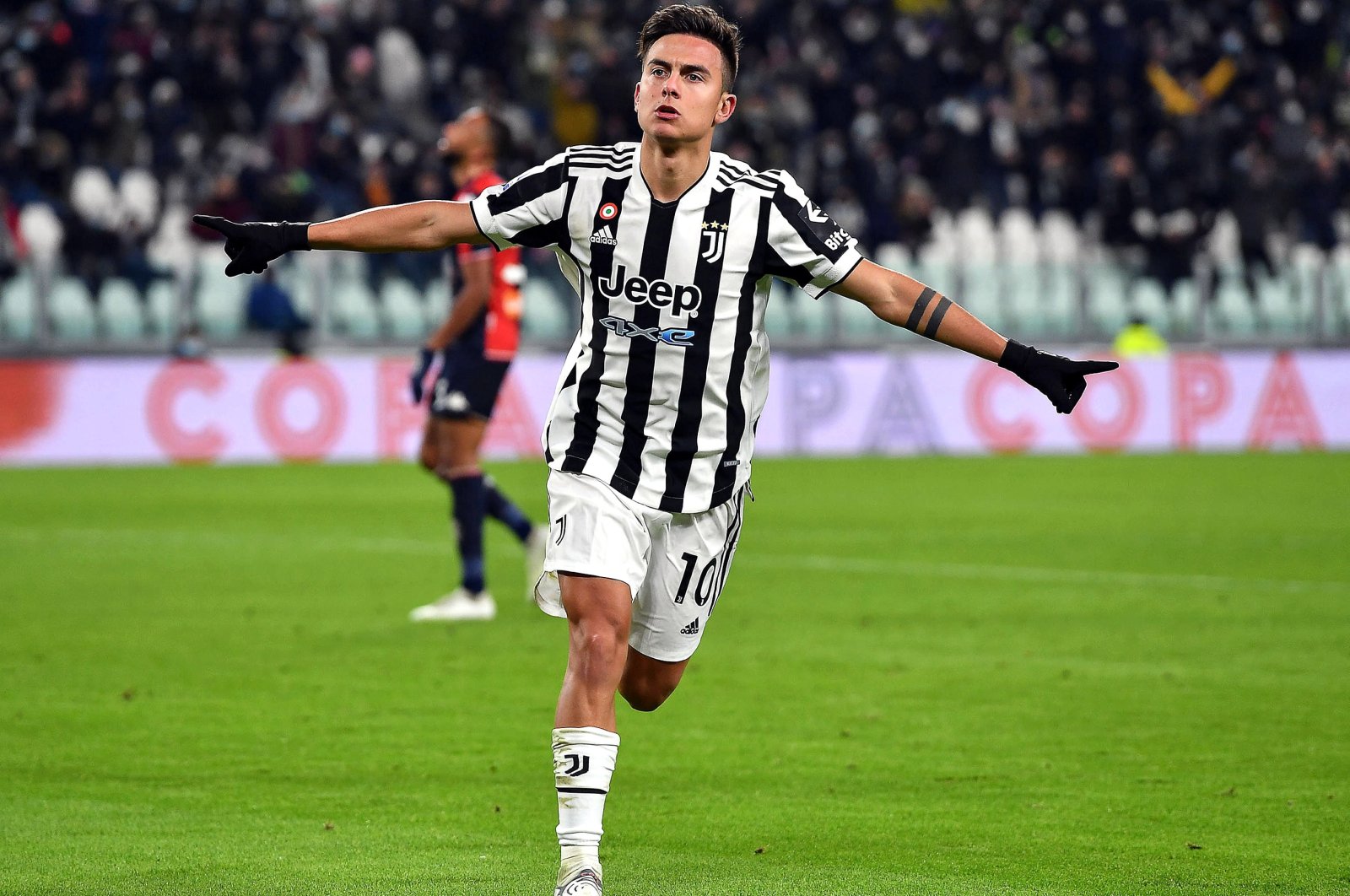 Juventus picked up a fourth victory in five matches after strikes from Juan Cuadrado and Paulo Dybala helped the side ease past Andriy Shevchenko's Genoa on Sunday.

Cuadrado struck direct from a corner that sailed over the head of Genoa goalkeeper Salvatore Sirigu in the ninth minute, with Dybala drilling a second late on to send Juve up to the fifth place.

The victory begins an important month for Massimiliano Allegri's side who will hope a run of favorable fixtures can allow it to close the seven-point gap to the Champions League places.

Juve is 11 points adrift of leader AC Milan ahead of matches against Venezia, Bologna and Cagliari in the run up to Christmas and the winter break.

"We know we need to carry on like this, to try and get to the last game in December with as many wins as possible to get closer to the teams above," Dybala told DAZN.

Genoa has won once in 16 games this term, picking up just one point in four outings since the appointment of former Ukraine and Milan star Shevchenko.

It has yet to score under the 2004 Ballon d'Or winner and did not attempt a single shot against Juve.

The league's joint-top scorer Dusan Vlahovic scored the winner from the penalty spot in a 3-2 victory at Bologna to leave Fiorentina level on points with Juve.

Vlahovic's 13th goal of the campaign moved the Tuscany side ahead of Jose Mourinho's Roma who lost 3-0 at home to champion Inter Milan on Saturday.

Vincenzo Italiano's Fiorentina ended a run of four consecutive defeats on the road to Venezia, Lazio, Juventus and Empoli.

Fiorentina's Youssef Maleh opened the scoring with a header after half an hour at the Stadio Dall'Ara for his first Serie A goal.

Musa Barrow pulled a goal back for Bologna before the break but a Cristiano Biraghi free kick six minutes after the interval restored the visitor's advantage.

Vlahovic added the third from the penalty spot after 67 minutes to seal all three points as Aaron Hickey grabbed a late goal for Bologna.

Ciro Immobile is level with the 21-year-old Vlahovic at the top of the Serie A scorers chart after he grabbed a pair of goals in Lazio's 3-1 victory at Sampdoria.

Sergej Milinkovic-Savic swept Lazio ahead on seven minutes before Immobile squeezed in a scrappy second.

The Italy forward scored again before the break but Milinkovic-Savic was sent off in the second half and Manolo Gabbiadini netted a consolation for Sampdoria.

Gianluca Raspadori struck twice as Sassuolo salvaged a 2-2 draw at Spezia, while Giovanni Simeone's double capped a stunning turnaround for Hellas Verona as it came from three goals down to win 4-3 in Venice.