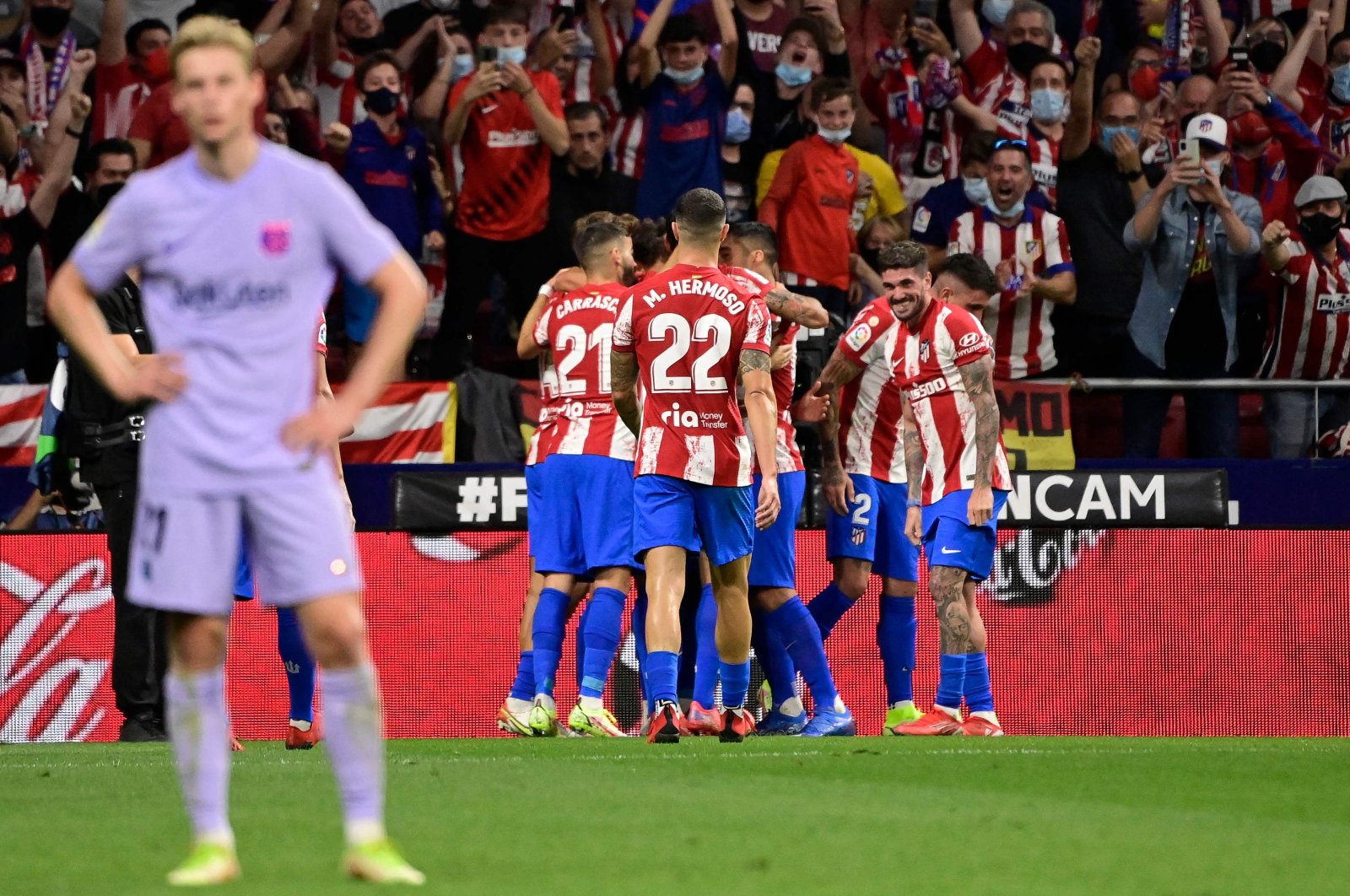 Barcelona coach Ronald Koeman insisted Saturday that he will remain at his post despite watching his players suffer a 2-0 defeat by an Atletico Madrid led by former player Luis Suarez.

Barca president Joan Laporta had said a few hours before kick-off that Koeman would continue as coach "regardless of the result" at the Wanda Metropolitano, but another limp display will put that commitment to the test over the two-week international break.

Koeman confirmed after the game he spoke to Laporta Friday night and Saturday morning.

He said he welcomed the clarity over his future, which he believes will benefit the team.

"Clarity is very important, for the confidence of the coach, for the players too, for them to know the coach is still here," said Koeman.

"He has made his decision, as he said this afternoon, so everything is perfect."

Goalscorer Suarez put his hands together and looked up to the sky in what was initially a muted celebration, out of respect for his former club, where he spent six years and scored 198 goals.

"(It was) out of respect, love, for the journey I had at Barca and for the period they're in at the moment, for the fans as well," said Suarez after the game.

But the Uruguayan also made a telephone gesture and appeared to aim it at Koeman, perhaps referencing the abrupt manner Barca's coach told him he was surplus to requirements at Camp Nou, just over a year ago.

"That was for the people who think I'm still using the same number," said Suarez with a smile.

Thomas Lemar opened the scoring before Suarez scored the second goal before halftime and Barcelona looked vulnerable to another hammering on the back of successive 3-0 defeats in the Champions League by Bayern Munich and Benfica.

It at least avoided more embarrassment in the second half and it remains to be seen now whether Laporta stays true to his word by giving Koeman more time to turn things around.

Xavi Hernandez, Roberto Martinez and Andrea Pirlo have reportedly been the names under consideration as replacements.

However, it is possible Laporta has found none of them are keen, with Barcelona bottom of its Champions League group and restricted to a spending limit of 97 million euros ($112.46 million) by La Liga, only the seventh highest in the division.

Barca sits ninth, while Atletico's win makes it level on points with Real Madrid at the top of the table.

Atletico needed this result too, after a disappointing start to the season that had seen it win only two of its previous five games.

Suarez might take the headlines but it was his partner Joao Felix who was arguably the star of the show, the youngster a menace in the first half and producing one of his best performances in a long time.

Atletico coach Diego Simeone said: "When the first half was over, I went over to Joao and said: 'This is what I need from you. This is what you have to do.'"

It was the first time the Wanda Metropolitano had been full since March 2020 and the noise gave impetus to Atletico early on.

It was Felix's superb touch that created the opening goal, a delightful shift away from Ronald Araujo on the left-wing opening the whole pitch up in a moment.

Felix played inside to Suarez, who fired first-time across to Lemar and he finished into the top corner.

For Barca, Philippe Coutinho went close on the volley and Frenkie de Jong came up just short when stretching for Memphis Depay's header across.

But Atletico was tearing Barcelona open on the break and Suarez made it two just before halftime.

Depay lost the ball up front and four passes later, Suarez was in, Yannick Carrasco touching to Lemar, who bounced the ball off Felix and fired it right.

With Gerard Pique back-peddling onto the line, Suarez picked his spot.

Coutinho had a chance to pull one back before the hour but Jan Oblak smothered the finish and that was Coutinho's last contribution before being replaced by Ansu Fati.

Antoine Griezmann came on for Atletico too, making his first appearance since leaving Barcelona, nominally on loan, on the last day of the transfer window.

He had a great chance on the break but passed badly, a switch to Angel Correa sent straight out of play.