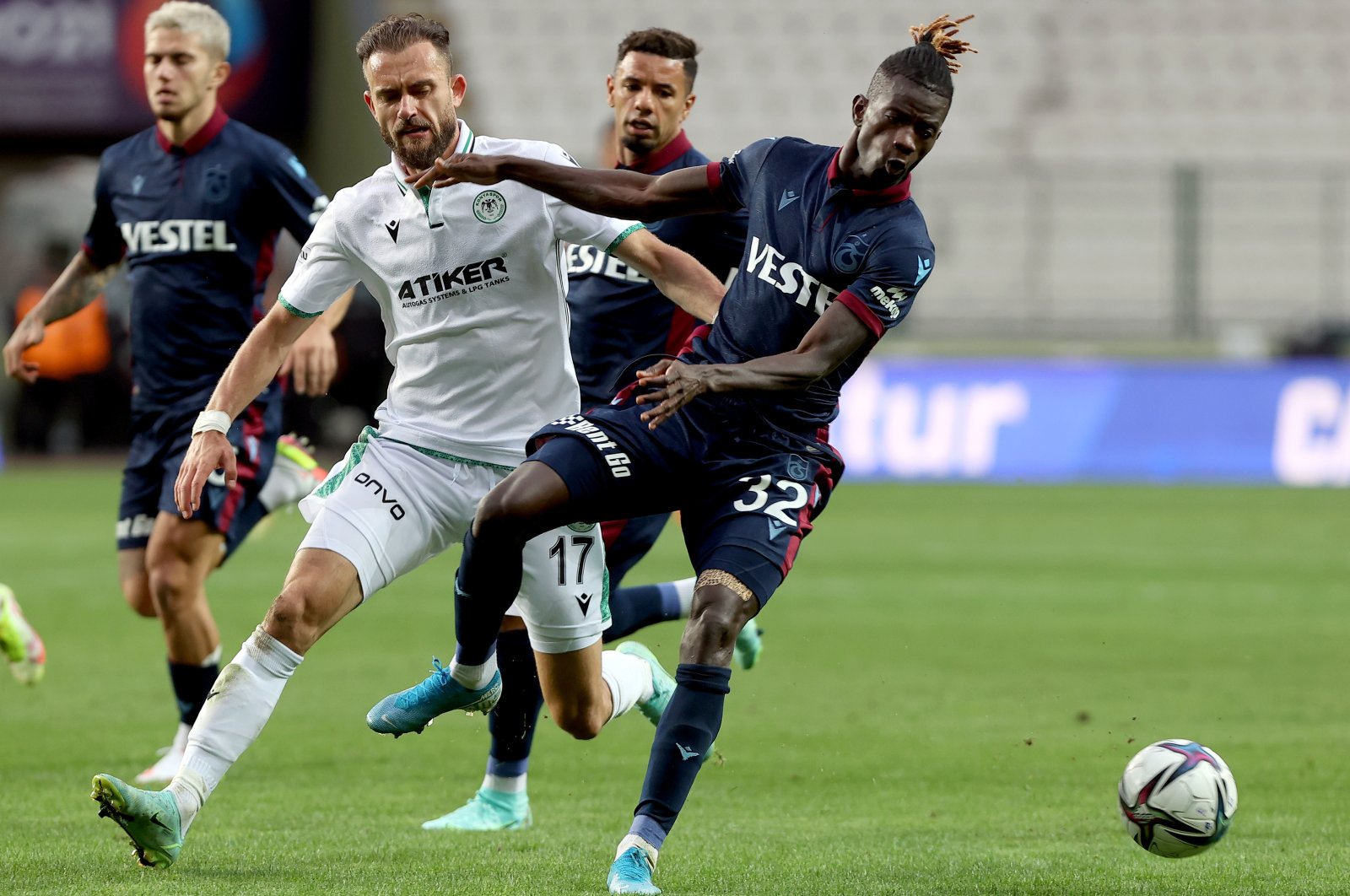 It is not correct to describe Palut's game as a "transition game" and underestimate it. In his pre-match statement, Trabzonspor manager Abdullah Avcı described Konyaspor's game in this way, clearly showing how he misunderstood Palut's game. It is true that Konyaspor makes the transitions almost perfectly, but these masterful transitions do not require us to characterize the whole game as such because Palut has built a very strong block game that includes transitions. He defends with five players and attacks with five players. There is a very strong balance in offense and defense as the team plays with an incredible long pass accuracy that I have not witnessed in Süper Lig.

The team that plays a transition game is usually the team that sits deep and attacks while its opponent is on the offensive. Konya is not waiting behind. On the contrary, it narrows the field so much for the opponent that it would not be wrong to say that there is no space to play the ball. Moreover, Konyaspor is a team that never lingers in the midfield. It has a dynamic inverted ball configuration that sends long and accurate balls from the center to the wings.

After Victor Hugo's red card in the eighth minute, Konyaspor started to bombard Trabzonspor's goal. This intense pressure brought with it a goal and a siege that lasted exactly 40 minutes. In fact, it was Avcı who invited the torment. Since he believed that Konya was a transition team, he never took his defense forward. Hugo's red card only made matters worse.

Even if Hugo had not received a red card, this match would have been played exactly like this because Avcı does not allow the defense to take a strong role in the attacks. More precisely, Avcı does not build the structures necessary for the defense to play a serious role in offensive attempts.

But at the beginning of the second half, when Konyaspor's second goal came, the team spontaneously took the initiative. This means that it is possible to play dominantly. Unlike Konyaspor, Trabzonspor's talented players improvised a game to save a point. If Avcı had a plan like Palut, Trabzonspor could have easily won this game.

However, on the 60th minute, Palut pulled the handbrake. I don't know why he did this. But this foolish attempt to cool the game and reduce the tempo allowed Trabzonspor to settle in Konyaspor's half. In particular, there is a nine-minute Trabzonspor game, every second of which should be watched by Avcı. As a single block, the team descended into the Konyaspor penalty area like a nightmare. There was not even a distance of 10 meters (32 feet) between defense and attack, and this siege ensured that the ball stayed with Trabzon despite continuous rebounds.

Avcı must create an offensive plan in which the defense also participates. Otherwise, it is very difficult to become champions only with hit and run. Palut played a game that gave Avcı a detailed analysis of what is wrong with Trabzonspor's game.