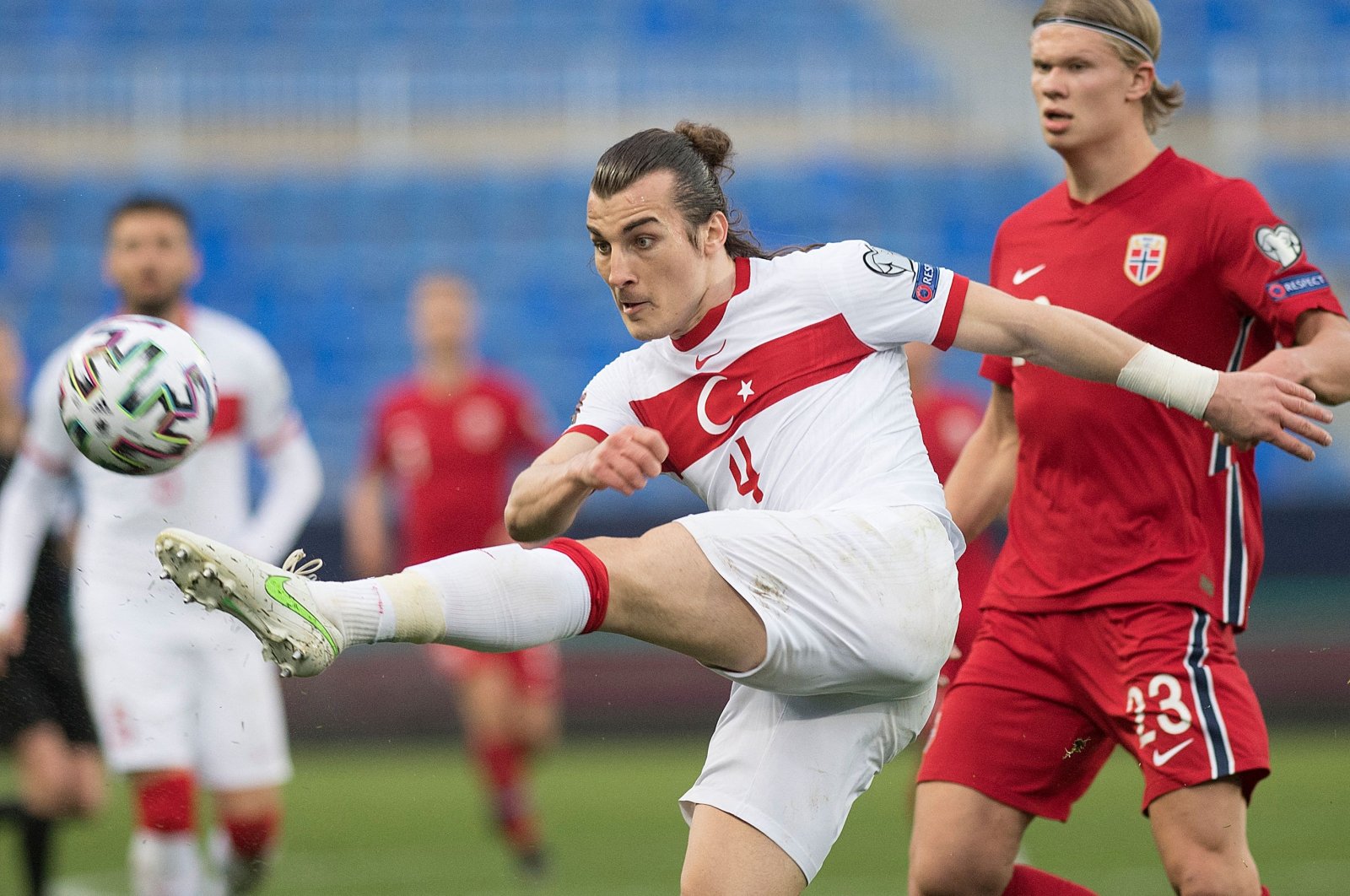 Leicester defender Çağlar Söyüncü became the latest name from the Turkey squad found to have contracted the coronavirus during his home country's World Cup qualifiers campaign, bringing the tally of positive cases in the squad to over a dozen.

"He is good and feeling fine and we will go through the process seeing when he can be back,” Rodgers told reporters in remarks carried by The Associated Press (AP).

Söyüncü remains in isolation in Turkey following the World Cup qualifiers and Rodgers said it was "highly unlikely” he would be available for next Sunday's game at West Ham.

"The club is working with the Turkish federation to see where we're at,” Rodgers said.

Earlier on Saturday, Turkish international players of French Ligue 1 leader Lille, midfielder Yusuf Yazıcı and defender Zeki Çelik, were reported to have contracted the coronavirus, with Yazıcı missing a key match against runner-up Paris Saint-Germain (PSG) later in the day.

Earlier on Wednesday, Istanbul giant Galatasaray had announced that two of their players tested positive for coronavirus while they were away on international duty.

While one player was in his national team camp when he contracted the disease, the other received a positive test after returning from his national team duty, the club statement had said, without disclosing the names of players.

However, in a later meeting with reporters, coach Şenol Güneş said that the Lions' midfielder Taylan Antalyalı and winger Emre Kılınç were among the names that tested positive for the coronavirus. The veteran coach, 68, stated that only himself and Liverpool defender Ozan Kabak had received vaccines among the Turkish squad over age restrictions, with Kabak receiving the jab in the United Kingdom due to a special medical condition.

Midfielder Irfan Can Kahveci and right-back Nazım Sangare, who both play for Fenerbahçe, and Beşiktaş striker Cenk Tosun were among the names that tested positive.