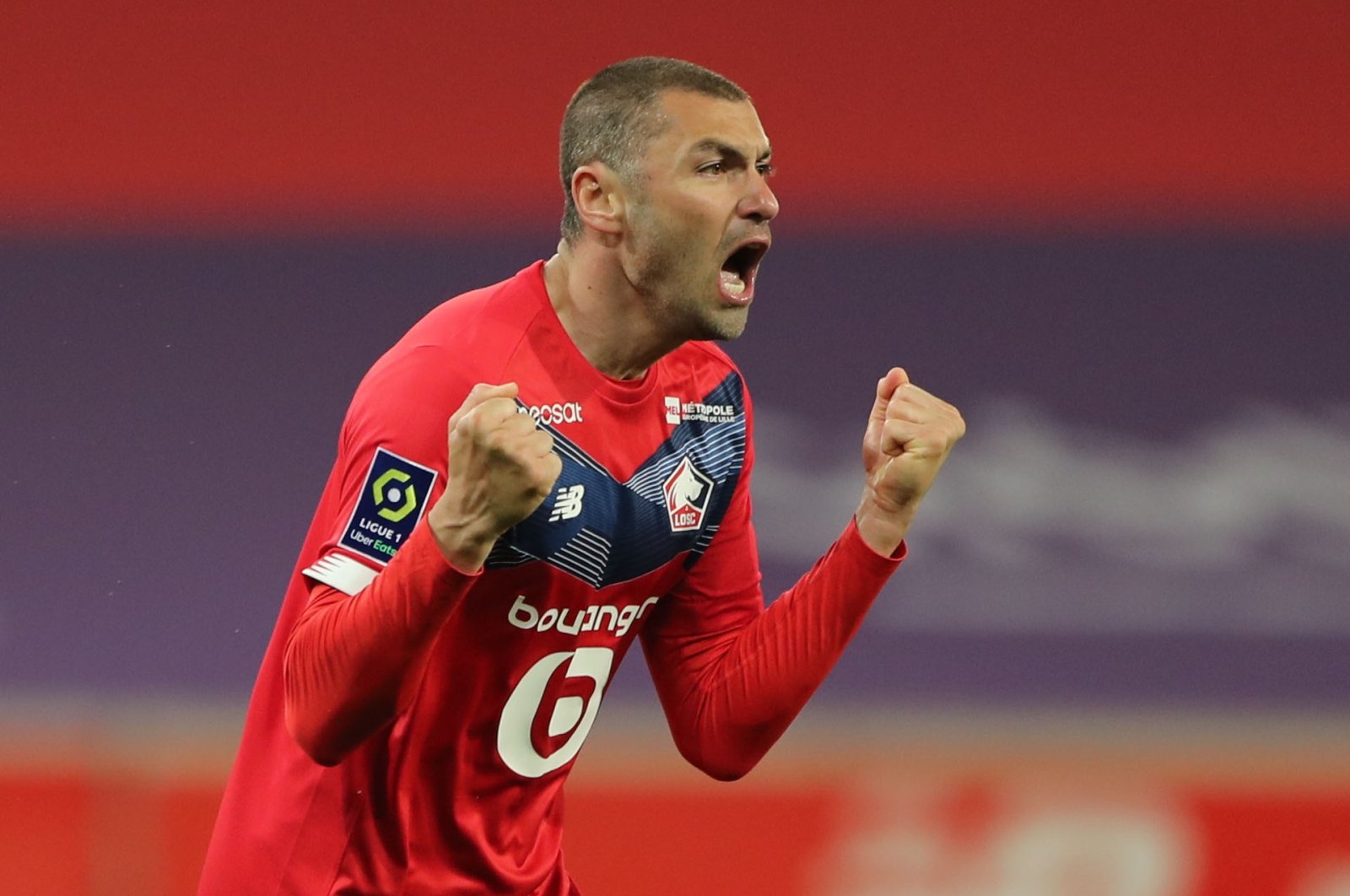 The side from northern France congratulated the 35-year-old forward on Twitter.

Yilmaz was in great form in April, scoring three goals in four matches.

Two of those goals, plus an assist came on April 25th in a crucial tie against title rival Lyon.

Yılmaz hit the target twice to help his team a 3-2 win and reclaim the Ligue 1 top spot from defending champion Paris Saint-Germain (PSG).

Lille had trailed by two goals shortly before half-time, but Yılmaz inspired an unlikely fightback to send Lille one point clear of PSG.

Since joining Lille from Beşiktaş on a free transfer last year, he has registered 13 goals in 25 league matches. He had nine league goals for Lille before a calf injury sustained in January ruled him out for 13 games, and contributed to a gradual loss of form for Christophe Galtier's side.

But since his return, Yılmaz has proved crucial to Lille's chances of a first league title since it clinched a domestic double in 2010.