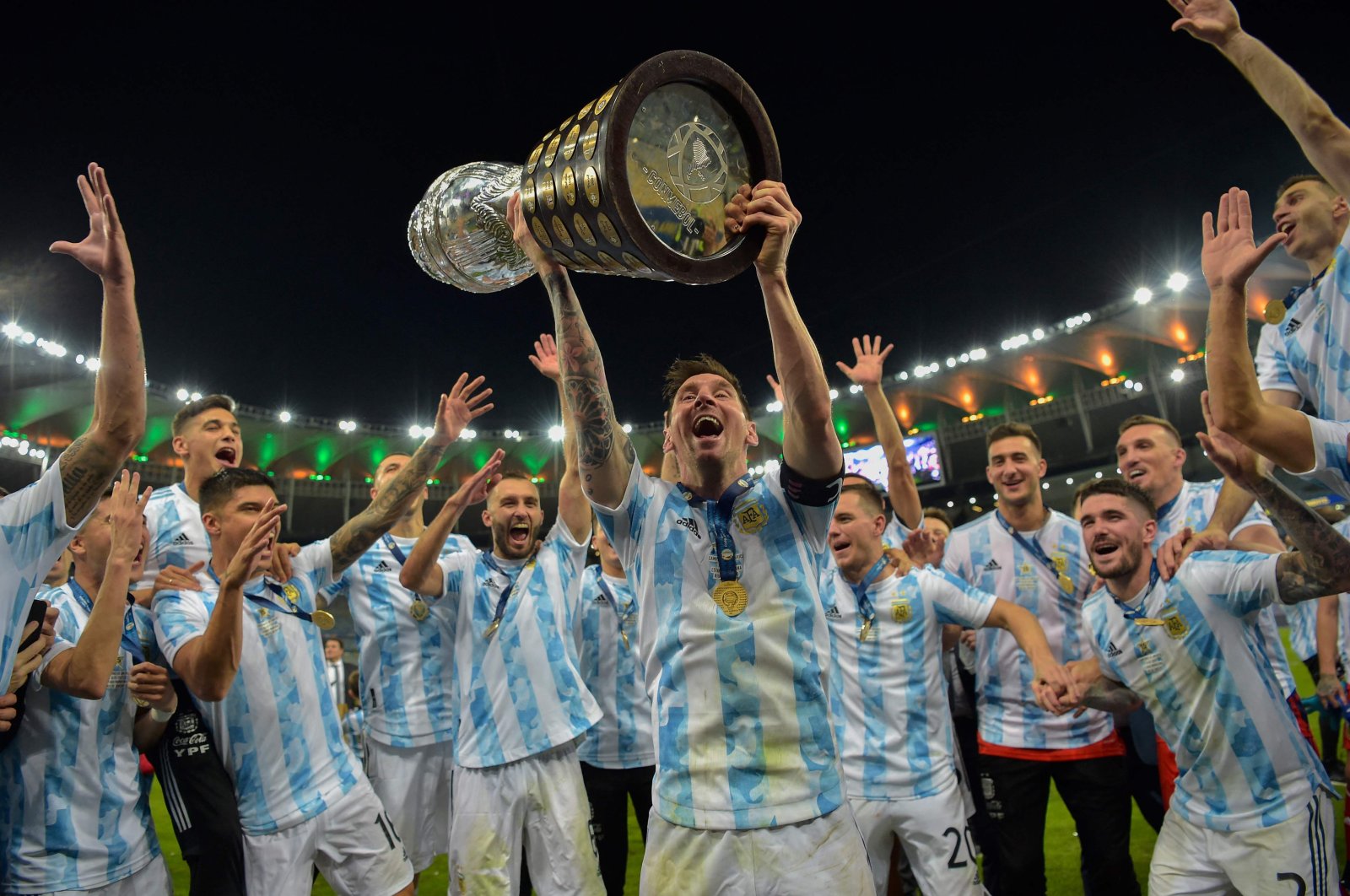 Argentina's Lionel Messi lifts the Copa America trophy as he celebrates with teammates after winning the final against Brazil at Maracana Stadium in Rio de Janeiro, Brazil, July 10, 2021. (AFP Photo)
by Anadolu Agency Jul 18, 2021 11:43 am

Lionel Messi has already won everything there is to win in club football with Barcelona, so understandably when the maestro ended his nearly 16-year wait for a maiden title with Argentina, the football world was delighted. So much so, his Instagram photo with the Copa America trophy has broken the record of the most liked photo in the platform's history.

The superstar's post of himself with the Copa America trophy has garnered over 20 million likes as of Sunday.

Messi shared the photo after winning the final against Brazil at the iconic Maracana in Rio de Janeiro, with the caption: "What a beautiful madness! This is unbelievable! Thank you, God! We are the champions."

Messi was named the Player of the Tournament after guiding Argentina to its first Copa America title in 28 years.