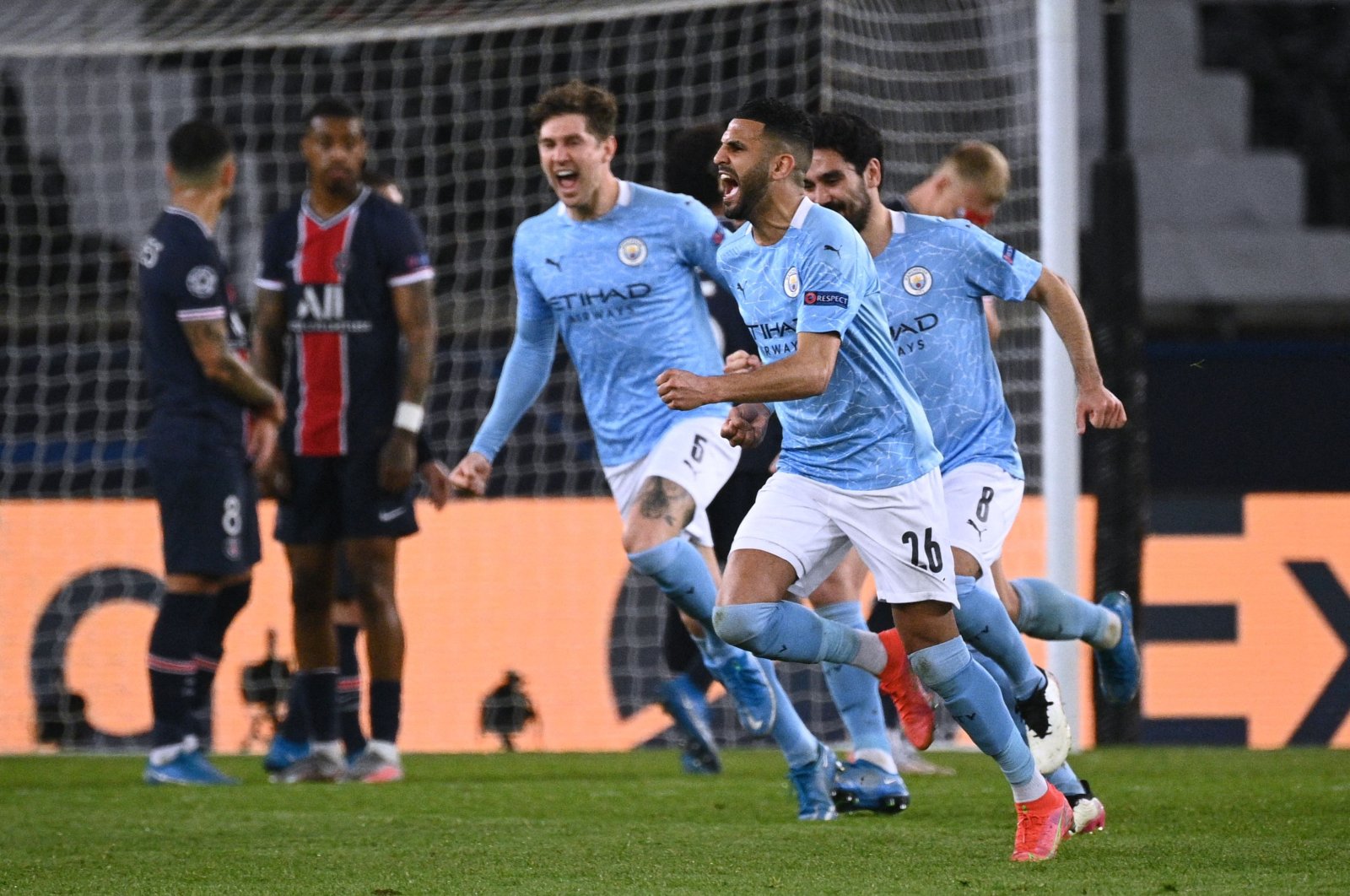 Premier League champions to-be Manchester City will count on the collective strength of its squad as it faces a Paris Saint-Germain side that boasts stars like Neymar and Kylian Mbappe in their return leg of the Champions League semifinal Tuesday.

"We don't have a specific player to win games," Manchester City manager Pep Guardiola said earlier this season to explain his side's consistency in a more congested season than ever before. "We have to do it together."

City's strength as a collective was evidenced in Saturday's 2-0 win at Crystal Palace that took them to the brink of a third Premier League title in four years.

Guardiola could afford the luxury of making eight changes from the side that beat Paris Saint-Germain 2-1 in the first leg of their Champions League semifinal and still roll out a starting XI that cost over 350 million pounds ($483 million) to recruit.

Sergio Aguero, Raheem Sterling, Gabriel Jesus, Fernandinho, Ferran Torres, and Aymeric Laporte were among those to return against the Eagles having spent the full 90 minutes watching from the bench at the Parc des Princes four days earlier.

Backed by Abu Dhabi ownership, City and Qatari-owned PSG have often been compared for the manner in which they have changed the face of European football over the past decade.

The failed European Super League (ESL) proposals that sought to create guaranteed income and limit costs came as a result of some of the continent's more established powers such as Real Madrid, Barcelona and Manchester United struggling to compete with City and PSG's ability to spend freely on transfers.

However, the manner in which they have used that wealth has been very different.

The French champions sparked hyperinflation in the transfer market with the 222 million euro ($267 million) capture of Neymar from Barcelona and Kylian Mbappe's 180 million euro move from Monaco in 2017.

PSG's run to the final of last year's Champions League for the first time in the club's history and route past Barca and Bayern Munich to reach the last four this season has been built around the two most expensive players in history.

City, by contrast, has so far resisted the temptation to try and smash transfer records by assembling arguably the deepest squad in Europe.

City's depth won out over PSG's stardust in the first leg.

After a bright first 45 minutes, Neymar and Mbappe were reduced to frustrated spectators as the visitors dominated possession and got their vital away goals from De Bruyne and Mahrez.

Keeping the ball will key to Guardiola's plan for the second leg on Tuesday to minimize PSG's threat on the counterattack.

"We are good playing in a certain way, we cannot do it another way," said the Catalan coach on how his side cut off the supply to Neymar and Mbappe in the second half a week ago.

But with the French World Cup winner an injury doubt due to a calf strain, the much-maligned PSG supporting cast may need to step up if they are to deny City a first-ever Champions League final as a reward for their careful squad construction over many seasons.