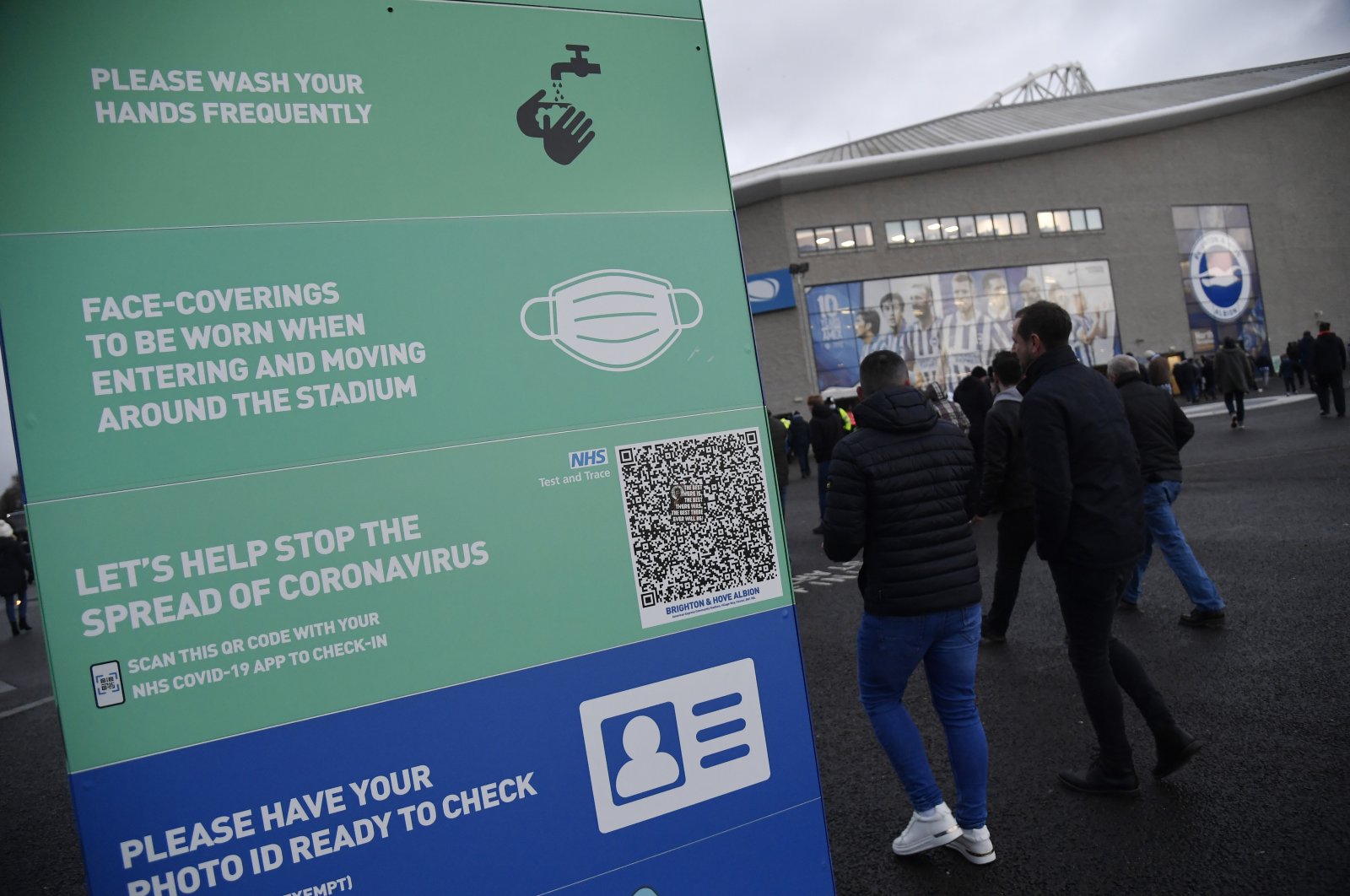 The Premier League clash between Manchester United and Brentford on Tuesday was postponed after the English top tier reported a record number of COVID-19 cases.

The virus now threatens to disrupt the busy Christmas fixture.

The decision came hours after the Old Trafford club closed its Carrington training complex because of several players and staff members testing positive for coronavirus.

The Premier League Board took the decision to postpone the Brentford clash "based on guidance from medical advisors," said a Manchester United statement.

United's fixture in west London was the second Premier League game to fall to the virus in three days, after Tottenham Hotspur's match at Brighton on Sunday was called off.

"Manchester United can confirm that our Premier League fixture at Brentford FC, on Tuesday 14 December at 19:30, has been postponed and will be rescheduled in due course," a United statement late Monday said.

With the Omicron variant sweeping across Britain, there are growing virus issues at several Premier League clubs.

The Premier League Monday reported 42 new COVID-19 cases in the past week – a seven-day record since testing figures started being released in May 2020 – up from 12 cases the previous week.

Norwich is due to host Villa on Tuesday, while Tottenham is scheduled to travel to Leicester on Thursday.

All of United's players tested negative before Saturday's match at Norwich, but it was reported a group of players and staff tested positive on Sunday.

"Following PCR confirmation of positive tests among the first-team staff and players, the outbreak requires ongoing surveillance with individuals who tested positive isolating in line with Premier League protocols," added the United statement.

The Premier League last week instructed all clubs to reinstate COVID-19 restrictions, including a return to social distancing and mask wearing.

"With the health of players and staff the priority, and in light of the recent rise in COVID-19 cases across the country, the Premier League has reintroduced emergency measures," the Premier League reiterated in a statement late Monday.

"These include protocols such as more frequent testing, wearing face coverings while indoors, observing social distancing and limiting treatment time."

Brentford expressed disappointment for its supporters at the postponement, but said the "health and safety of both clubs' players and staff must always come first."

Aston Villa manager Steven Gerrard said his team had a virus outbreak involving "a couple of staff members and a couple of players" which led to the club canceling training Sunday.

However, the squad trained as normal on Monday ahead of its trip to Carrow Road, where United won 1-0 on Saturday.

"We retested this morning and we have got a couple of staff and a couple of players missing for the foreseeable future," said Gerrard.

"But the vast majority have come through the test this morning and we look forward to competing against Norwich."

Brighton manager Graham Potter said there were "three or four" positive tests among his squad, but its match against Wolves on Wednesday was not currently under threat.

Tottenham boss Antonio Conte admitted he had been "scared" by the outbreak at the north London club, which also caused its European fixture against Rennes last week to be called off after eight players and five members of Spurs' staff tested positive.

Arsenal manager Mikel Arteta last week called for the Premier League to issue clearer guidelines on how many positive tests should trigger a postponement.

Arteta's side lost at Brentford on the opening weekend of this season when its game went ahead despite four positive tests.