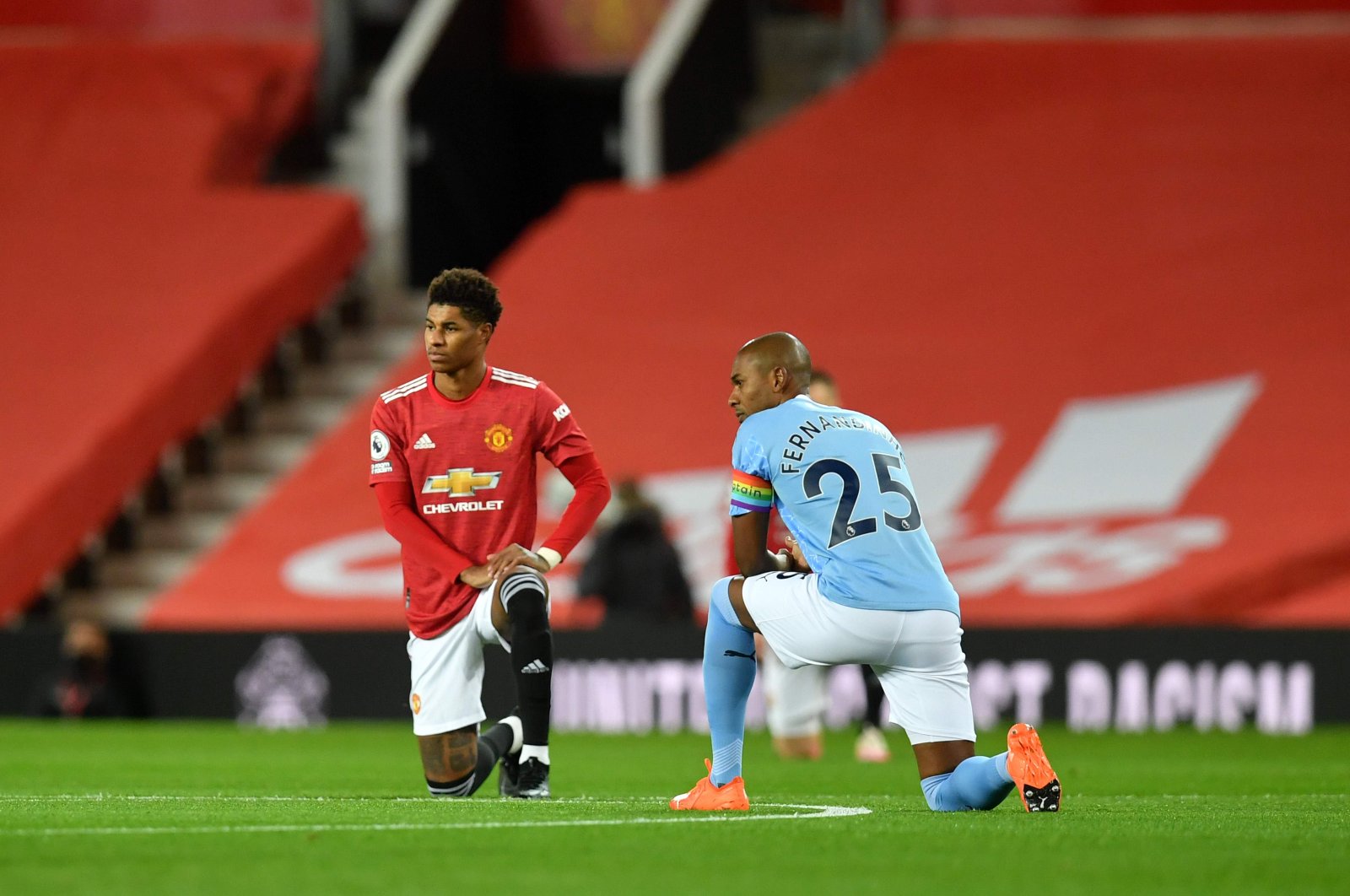 United's Marcus Rashford, Axel Tuanzebe and Anthony Martial, Chelsea's Reece James, West Bromwich Albion's Romaine Sawyers and Southampton's Alex Jankewitz are among those to have received abuse online in recent weeks as racism continues to be an ingrained problem in football.

With United set to host Everton on Saturday and City traveling to Liverpool on Sunday, the four clubs came together with the mayors of Greater Manchester and the Liverpool City Region in a show of solidarity.

"We condemn the racist abuse that too many players, officials and supporters continue to encounter, most recently on social media platforms," they said.

"There is no room for racism, hate or any form of discrimination.”

The Professional Footballers' Association (PFA) has said that those who send abusive messages should be held accountable by authorities and have their social media accounts banned.

"We stand shoulder to shoulder in saying there is no room for racism, hate or any form of discrimination in our beautiful game. It should not happen and it must stop," the clubs and mayors said in their statement.