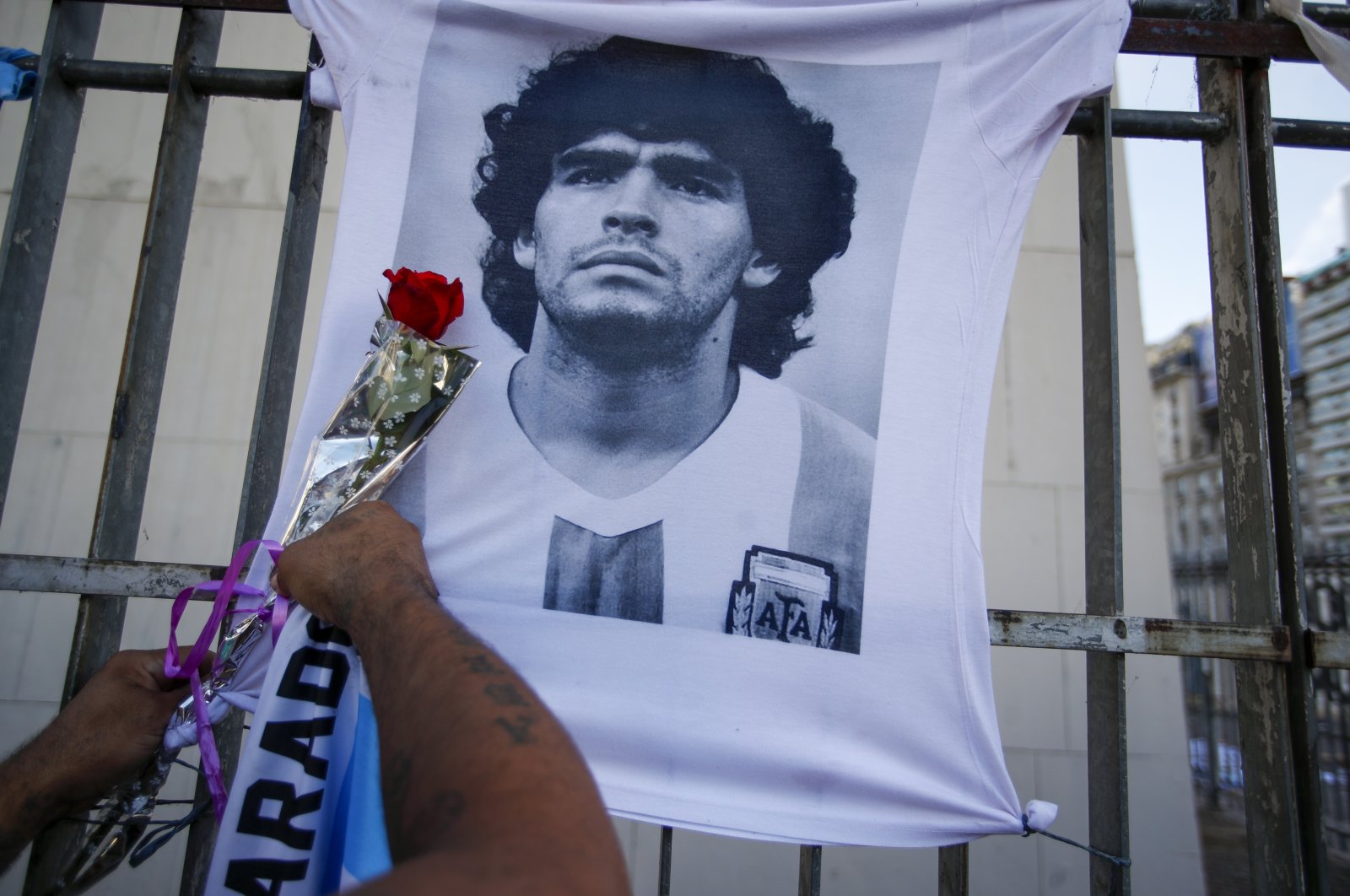 A man places a flower on a jersey with the face of late footballing icon Diego Maradona during a march to demand answers regarding his death, in Buenos Aires, Argentina, March 10, 2021. (AP Photo)
by French Press Agency - AFP May 20, 2021 1:36 pm
RECOMMENDED

The indictment is based on findings by a board of experts into Maradona's death from a heart attack last year, a source from the San Isidro Attorney General's Office, which is leading the investigation, said Wednesday.

That report concluded that the footballing icon received inadequate medical care and was left to his fate for a "prolonged, agonizing period" before his death, which came just weeks after undergoing brain surgery on a blood clot.

"After so many injustices, the case has come full circle," the source told AFP.

The accused are prohibited from leaving the country and must appear ahead of an inquiry between May 31 and June 14.

The legal proceedings were prompted by a complaint filed by two of Maradona's five daughters against Luque, who they blamed for their father's deteriorating condition after the brain surgery.

Prosecutors believe Maradona's death was not the result of malpractice or negligent actions of his doctors, but that they knew the former soccer star would die and did nothing to prevent it.

The prosecutors obtained a series of messages and audio that show that the medical team were aware that Maradona was using alcohol, psychiatric medication and marijuana in the last months of his life.

Among the conclusions of the report, the medical board said that "the signs of life risk" shown by the former Naples and Barcelona star were ignored, and that his care in his final weeks was "plagued by deficiencies and irregularities".

The recriminations and accusations over Maradona's death are taking place alongside another case, over his disputed inheritance, involving his five children, his brothers and Matias Morla, his former lawyer.

Maradona is an idol to millions of Argentines after he inspired the South American country to only their second World Cup triumph in 1986.