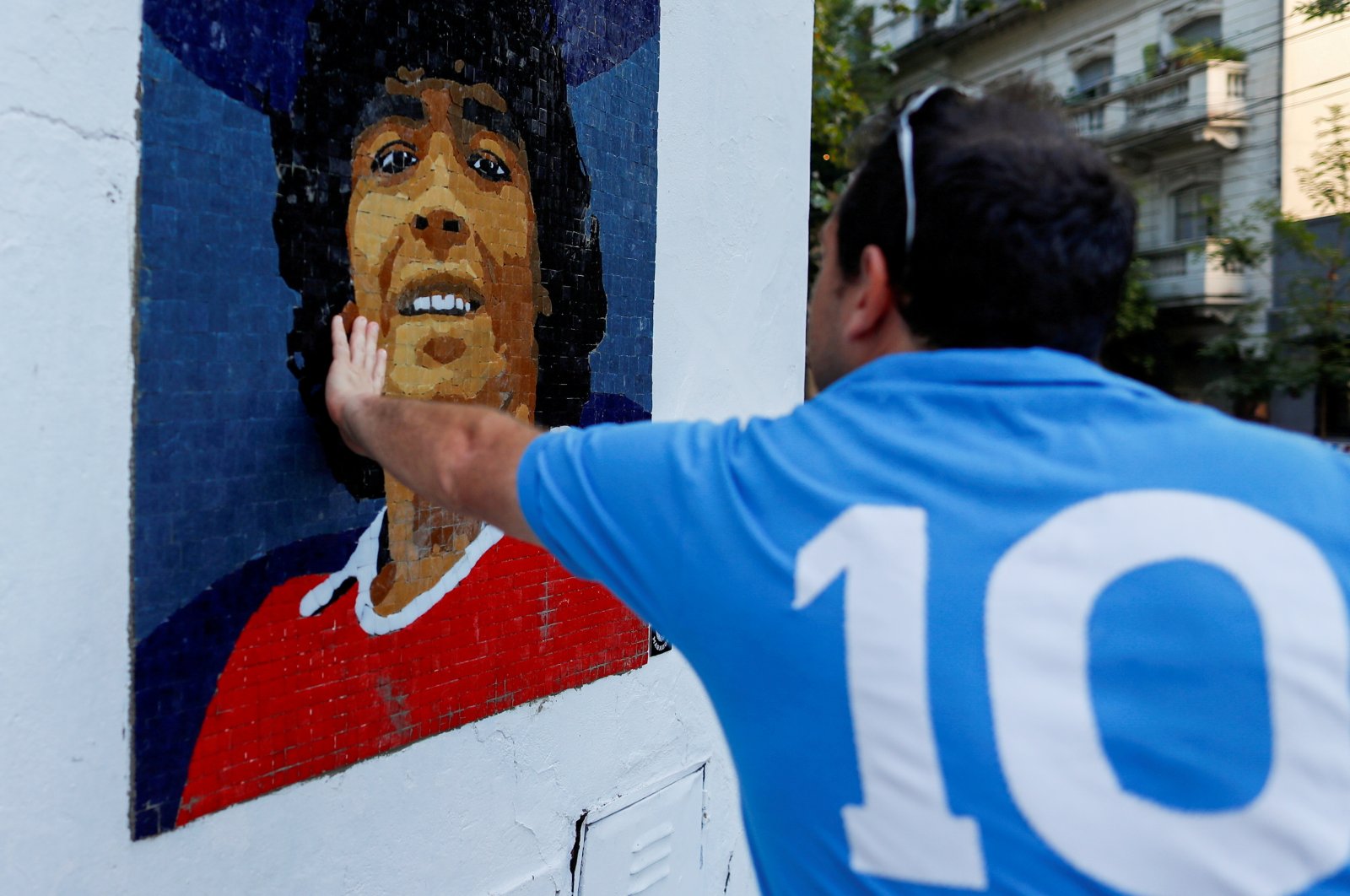 The medical coordinator in charge of Diego Maradona's home treatment insisted her role was "administrative" as she denied any responsibility for the football icon's death on Monday.

Nancy Forlini, 52, is the fourth of seven people under investigation for manslaughter to testify to Argentine prosecutors in the case that has gripped the country.

Like the three before her, she pointed the finger of responsibility at Maradona's treating doctors.

The 1986 World Cup-winning captain died of a heart attack last November at the age of 60, just weeks after undergoing brain surgery for a blood clot.

"I never had access to the medical history made by the treating doctors," Forlini said in a written statement handed to prosecutors in San Isidro, a source close to the case told Agence France-Presse (AFP).

Forlini exercised her right not to answer questions at the prosecutor's office on the outskirts of the capital Buenos Aires.

But her written statement claimed that her job was limited to managing the care prescribed by Maradona's general practitioner Leopoldo Luque and his psychiatrist Augustina Cosachov, both of whom are being investigated and are due to be interviewed later this week.

Prosecutors opened an investigation after a board of experts looking into Maradona's death found he had received inadequate care and was abandoned to his fate for a "prolonged, agonizing period."

Forlini said her job was "to organize a 24-hour nursing and therapeutic caregiving service" based on the treatment prescribed by Luque and Cosachov.

"In this case, it's very clear that the request was exclusively for care. The possibility of hospitalization, even involuntary, was made available to the treating medical team in case the psychiatrist decided it was necessary," Forlini said in her statement.

Forlini said she had never even been to the house where Maradona received treatment and only spoke to Luque and Cosachov by telephone.

"I didn't even know the patient or the people around him. My contact was with the carers, occasionally with the family and with the treating doctors," she said.

Both Almiron and Madrid told prosecutors earlier this week that the house rented for Maradona did not contain the equipment necessary to treat a patient suffering from heart disease.

Both said they had not been told he suffered from heart disease and had been instructed not to disturb him while he rested.

The former Boca Juniors, Barcelona and Napoli star was suffering from liver, kidney and cardiovascular disorders when he died.

Two of Maradona's children blame Luque for their father's deteriorating condition after the brain operation.

A panel of 20 medical experts convened by Argentina's public prosecutor said last month that Maradona's treatment was rife with "deficiencies and irregularities" and the medical team had left his survival "to fate."

If found guilty, the seven, who are barred from leaving the country, could face between eight and 25 years in prison.

Maradona is an idol to millions of Argentines after he inspired the South American country to only their second World Cup triumph in 1986.