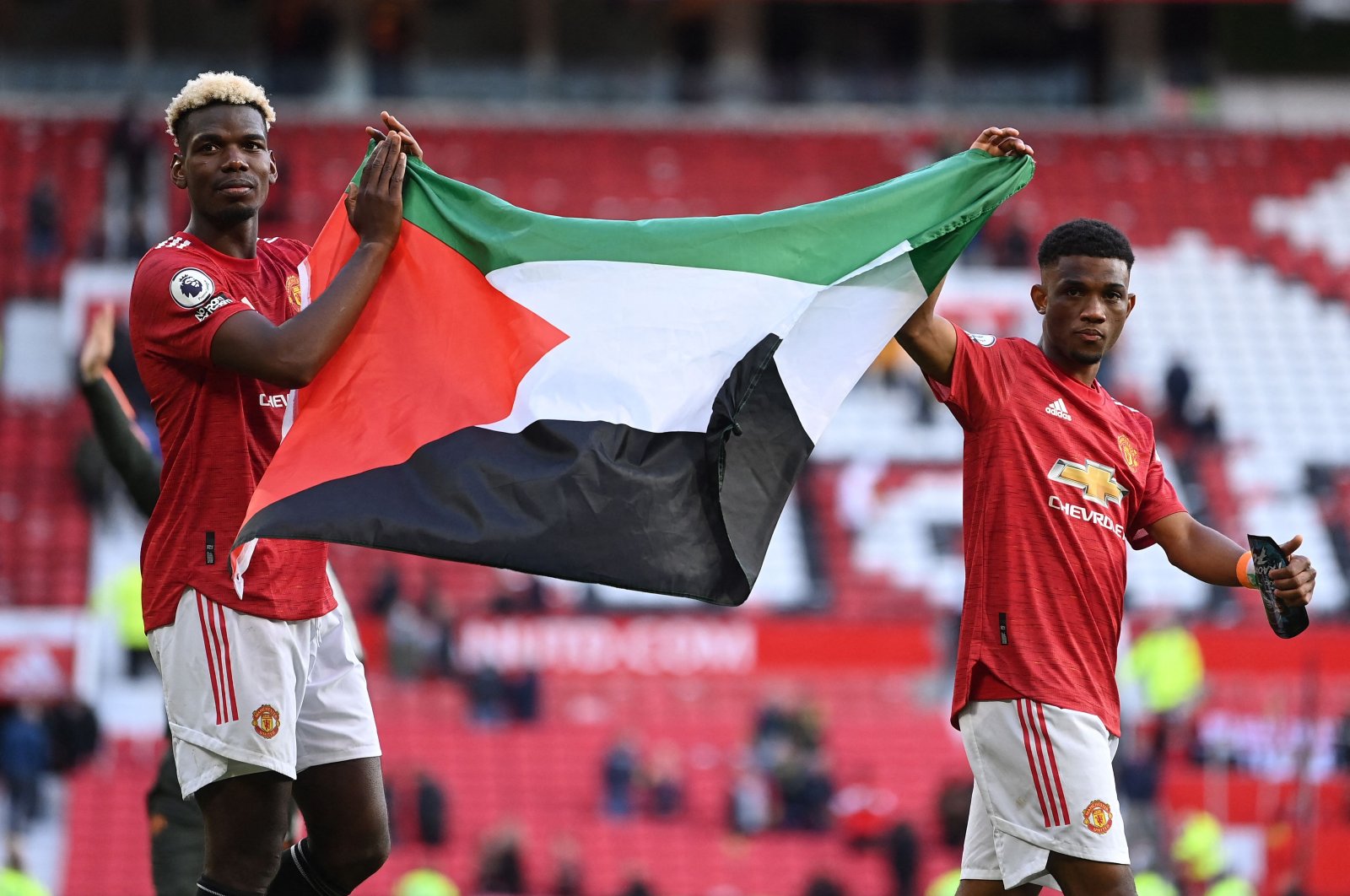 Manchester United players Paul Pogba and Amad Diallo displayed a Palestinian flag at the Old Trafford following a 1-1 draw against Fulham on Tuesday.

United midfielder Pogba appeared to be given the flag by a fan as the players made their way around the pitch during the traditional lap of honor after their last home game of the Premier League season.

French World Cup winner Pogba and Ivorian winger Diallo, both Muslim, displayed the flag in support of Palestine, with around 10,000 fans watching on after coronavirus restrictions were lifted.

The duo joins a growing list of high-profile footballers who have backed the Palestinian cause since the recent outbreak of Israeli violence in East Jerusalem and attacks on Gaza.

Leicester players Hamza Choudhury and Wesley Fofana showed support for the Palestinians after Saturday's 1-0 win against Chelsea in the FA Cup final.

English midfielder Choudhury and French defender Fofana were seen holding a Palestinian flag on the pitch at Wembley.

A social media post from Arsenal midfielder Mohamed Elneny showing his support for the Palestinian people has been hit by a backlash from Jewish fans.

The Egyptian posted on his Twitter account: "My heart and my soul and my support for you Palestine."

Arsenal confirmed to Sky Sports that it has spoken with Elneny after concerns about the post were raised from one of the club's sponsors, coffeemaker Lavazza.

Manchester United manager Ole Gunnar Solskjaer, in the meantime, defended Pogba and Diallo for holding up the Palestine flag, saying they have a "right to have a different view."

"We have players from different backgrounds, different cultures, different countries and we need to respect their views if they differ from someone else's," said Solskjaer.

"If my players think about other things than football, that's a positive thing.

"We have seen that with some of my players before, that they do care. You see Marcus Rashford, for example, the difference he has made.

"So, no, we respect their right to have a different view."

The English football body FA has confirmed the footballers will not face any disciplinary actions for displaying the Palestine flag.

Action Against Discrimination, a U.K.-based charity had made an official complaint about Choudhury and Fofana their behavior to both Leicester and the FA. “Sport and in this case football must never be used as a platform for either politics or racism,” the charity claimed according to the British tabloid, The Sun.

But the FA, which has supported players taking a knee for more than a year, will not investigate the complaint since it holds no issue against the general use of internationally recognized national flags on the field of play or in the stadium.

According to the Gaza health ministry, Israel's intense bombing campaign has so far killed 213 Palestinians, including 61 children, and wounded more than 1,400 people in over a week.

The death toll on the Israeli side rose to 12 when a volley of rockets fired by Hamas killed two Thai nationals working in southern Israel.

Thousands of protesters marched in support of Palestinians on Saturday in major European cities including London, Berlin, Madrid and Paris.