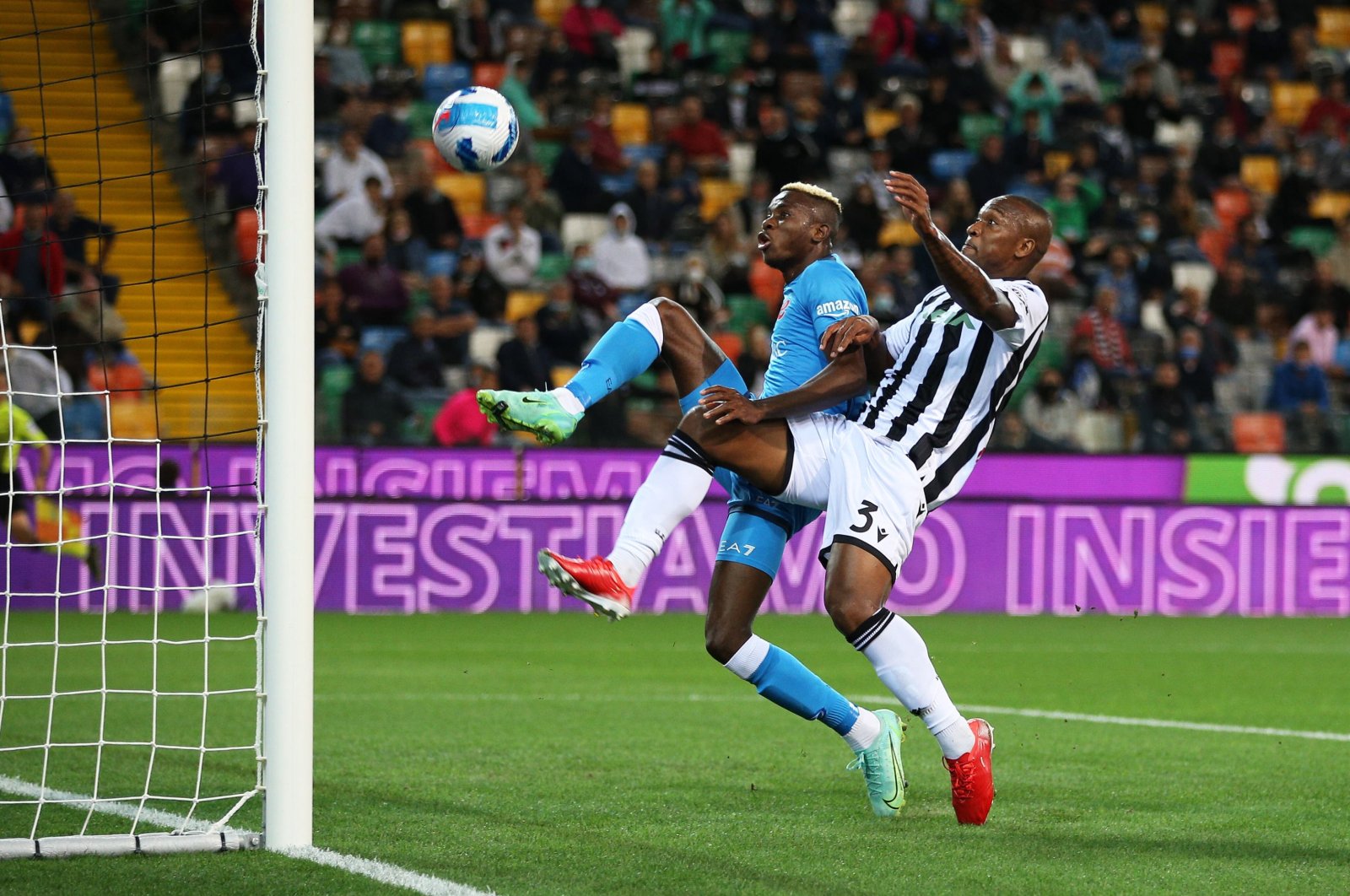 Italian powerhouse Napoli maintained a perfect start to the season and moved to the top of Serie A after it thrashed Udinese 4-0 on Monday.

Goals from Victor Osimhen, Amir Rrahmani, Kalidou Koulibaly and Hirving Lozano earned Luciano Spalletti's side an impressive win at the Dacia Arena, which gives it a perfect 12 points from four games, two points ahead of Inter Milan and AC Milan, who sit second and third, respectively.

Roma is a further point back alongside Fiorentina as Napoli remains the only team to win all of its matches so far this term in Italy's top flight.

Udinese lost for the first time this season to sit seventh, level on seven points with Lazio, Atalanta and Bologna as Napoli gave off early signs of being a title contender.

"It doesn't mean anything. We know we played very well at a difficult ground. We've got to keep our feet on the ground and keep working. It's not easy coming all the way to Udine and winning 4-0," said Insigne to DAZN.

"If we look at the numbers now we'll get slack and we won't continue the way we're going."

Osimhen followed up on his dramatic brace in Thursday's 2-2 Europa League draw at Leicester City by opening the scoring in the 24th minute with his first Serie A goal of the campaign, poking home from near the goalline after Lorenzo Insigne had deftly lobbed Udinese goalkeeper Marco Silvestri.

Fabian Ruiz then struck the post six minutes later and was key to the goal that put Napoli two ahead.

Receiving the ball from Insigne at a free kick, Ruiz floated a delicate pass over the top of the Udinese defense for Koulibaly, who pushed the ball across the goal for Rrahmani to nod home.

Koulibaly scored the late winner against Juventus last time out and put Napoli three up six minutes after the break with a missile of a shot from the excellent Ruiz's lay-off.

From then on it was all Napoli, and Lozano put the cherry on the cake in the 84th minute with a lovely finish following an exchange of passes with Mario Rui.

Napoli is back in action on Thursday at Sampdoria as a midweek round of fixtures rolls around.

Champion Inter Milan, fresh from a 6-1 demolition of Bologna, travels to Florence on Tuesday evening for a tough test against a Fiorentina side, which is on a run of three straight wins.

Under highly rated Vincenzo Italiano, Fiorentina has discovered an identity that has been sorely lacking for the last few years as one of the country's best-supported clubs has failed to even trouble the European places in the last three campaigns.

Fiorentina only hired the 43-year-old Italiano after bringing in Gennaro Gattuso in May only for the former AC Milan and Napoli coach to resign in June.

It managed to hold on to Vlahovic despite serious interest from Atletico Madrid and Tottenham Hotspur and some astute signings like Nicolas Gonzalez combined with Italiano's influence seem to have reversed its fortunes.

"In two weeks he made us understand his ideas, created a happy atmosphere and as a tactician he's one of the best," said Giacomo Bonaventura, scorer of the second in Saturday's 2-1 win at Genoa.

After Sunday's 1-1 draw with AC Milan, Massimiliano Allegri was withering about his Juventus team and his own decisions, saying that "it was a good thing the referee blew the whistle at the end of the match" as it risked falling to a second defeat.

Without a win from its first four matches for the first time since 1961 and in the relegation zone, Juve will try again to get its league season going at Spezia while Milan should be on safe ground with the visit of Venezia.

Jose Mourinho's Roma will try to bounce back from its first defeat of the season at Verona when it hosts Udinese on Thursday, three days before the weekend derby against Lazio.