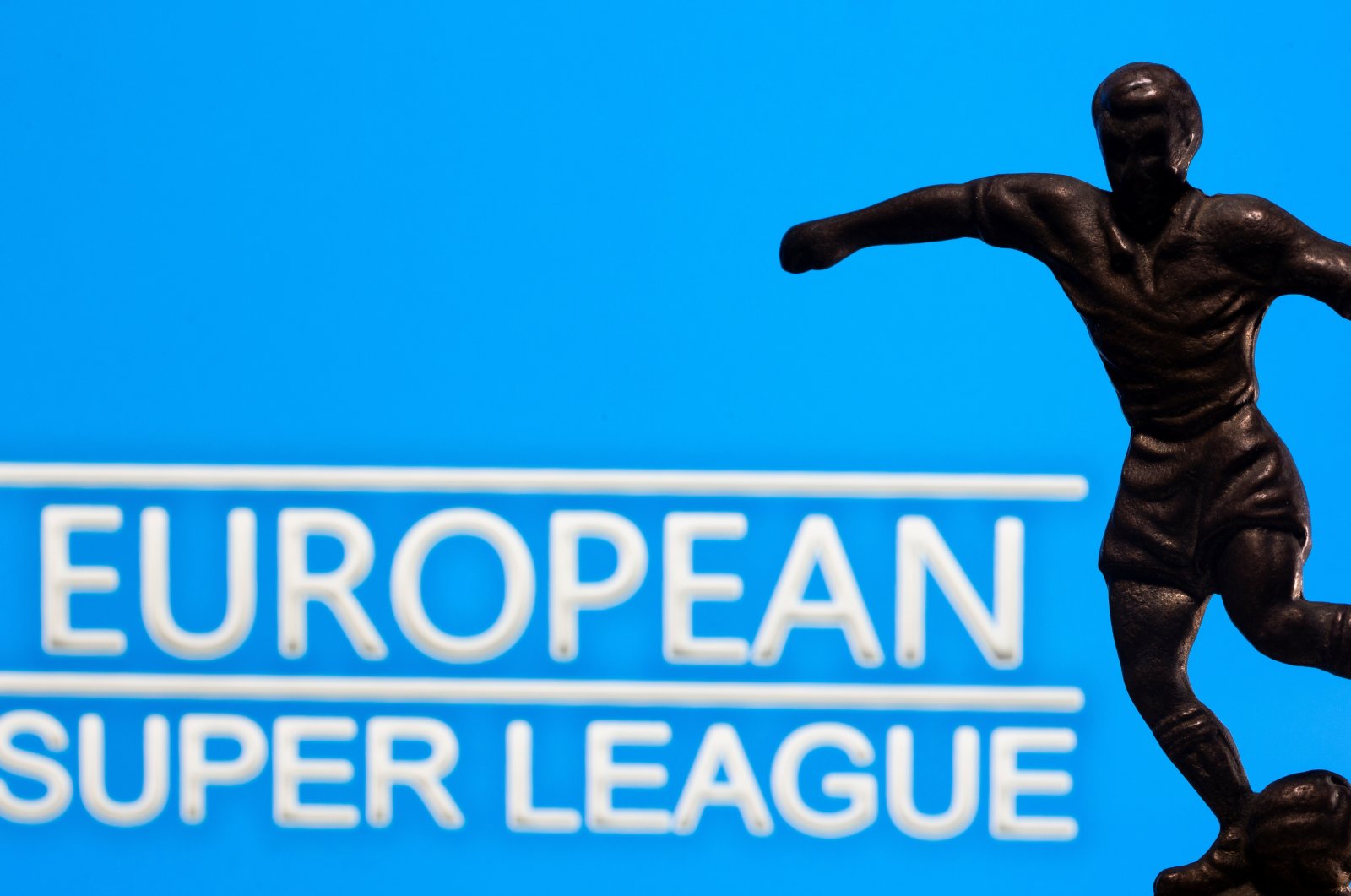 A metal figure of a football player with a ball is seen in front of the words "European Super League" in this illustration taken April 20, 2021. REUTERS/Dado Ruvic/Illustration
by French Press Agency - AFP Aug 16, 2021 5:28 pm
RECOMMENDED

Nine of the 12 founding members of the ill-fated European Super League rejoined the European Club Association (ECA) Monday, but Barcelona, Real Madrid and Juventus remained out as they continue to back the breakaway project.

The ECA said Atletico Madrid, AC Milan and Inter Milan, along with all six English clubs involved in the breakaway – Manchester City, Manchester United, Liverpool, Chelsea, Arsenal and Tottenham Hotspur – had been reinstated after acknowledging that a Super League "was not in the interests of the wider football community."

The nine clubs initially signed up to the project in April but all backed down within 48 hours in the face of overwhelming opposition from fans, players and organizations.

The ECA called it "a regrettable and turbulent episode for European football" and also acknowledged the clubs' "willingness to engage actively with the ECA in its collective mission to develop European club football – in the open and transparent interests of all, not the few."

The nine clubs accepted punishments from UEFA, including a five percent cut in their European revenue for one season, after backing down and apologizing for their "mistake" in joining the project, widely condemned as a crude land grab.

However, Real Madrid, Barcelona and Juventus did not back down – earlier this summer Barcelona president Joan Laporta claimed the Super League was "still alive."

He insisted the Super League would mean "financial sustainability for the clubs and make for a more attractive competition."

The three remaining clubs took a legal case to European authorities, leaving the European Court of Justice (CJEU) to decide whether UEFA was abusing its dominant position by opposing the Super League project, a quasi-closed tournament.

Juventus chairman Andrea Agnelli resigned from his role as chairman of the ECA as well as from his position on UEFA's executive committee as the breakaway was launched in April.

His position at the head of the ECA was taken by Paris Saint-Germain president Nasser al-Khelaifi.

The ECA, with nearly 250 members from across the continent, describes itself as "the sole, independent body directly representing football clubs at European level."