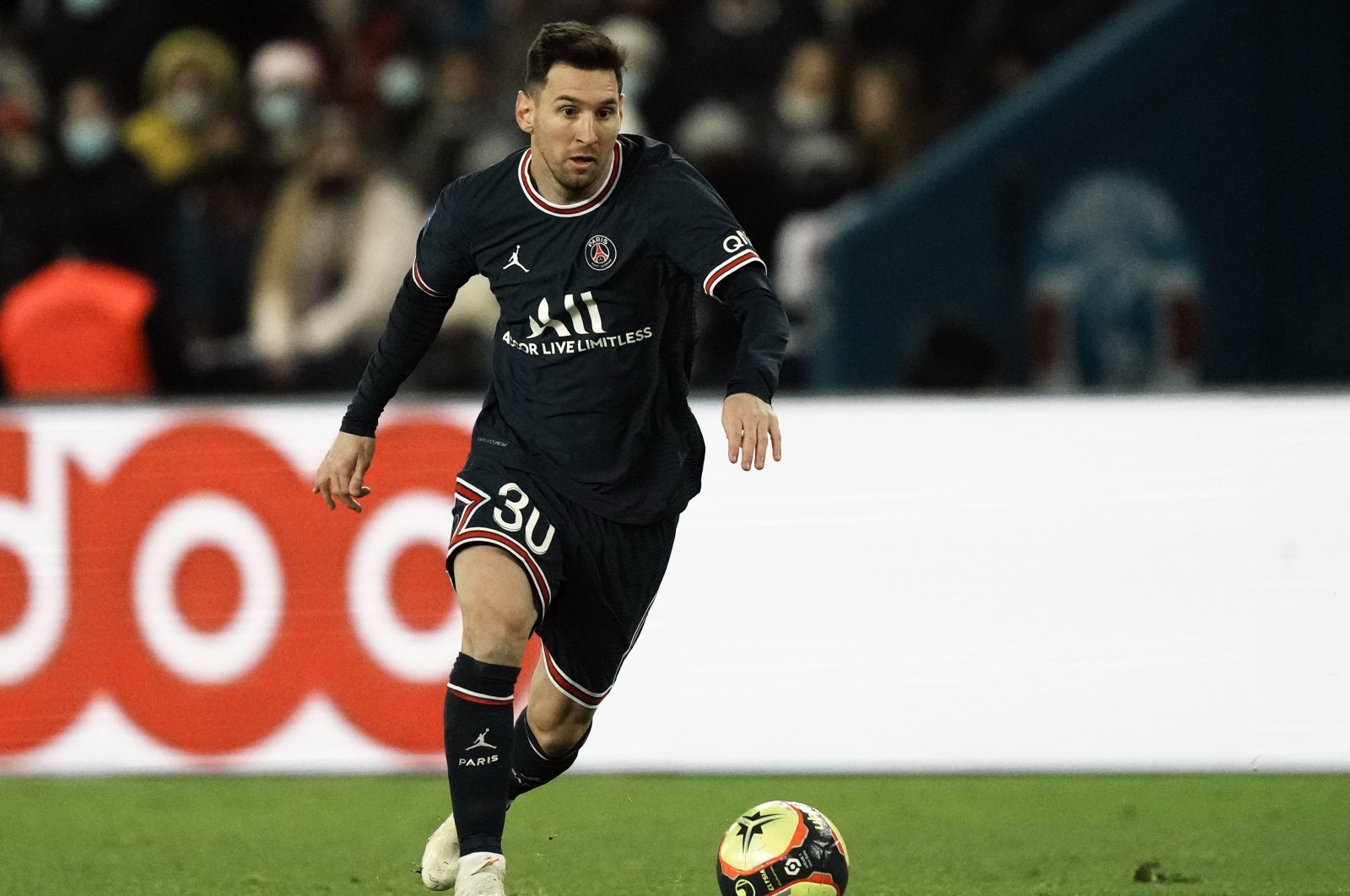 Paris Saint-Germain might be happy for the fact that its star player Lionel Messi won the Ballon d'Or for a record seventh time but the Argentine great is still yet to achieve his true potential.

Messi was crowned the world's best player for the seventh time in his glittering career entirely because of what he achieved elsewhere. At 34, perhaps Messi was principally rewarded for his enduring brilliance by jurors as he won the prize ahead of much-fancied rivals including Robert Lewandowski and Karim Benzema.

However, he still scored 38 goals in his final campaign with Barcelona, was top scorer in La Liga, won the Copa del Rey and captained Argentina to victory at the Copa America.

As he collected his prize in a ceremony in the French capital on Monday, PSG president Nasser al-Khelaifi was there and spoke of his "immense pride that one of our players has won the most prestigious and coveted award."

On Wednesday, as PSG played host to Nice, the message "Paris Golden City," in English, covered the main entrance to the Parc des Princes. Inside Messi was paraded before kick-off on a stage on the pitch as he showed off his reward.

Yet he proceeded to produce another rather flat performance as his side was held to a 0-0 draw, and Messi has still scored just once in eight appearances in Ligue 1.

He has saved his best moments so far in a PSG shirt for the Champions League, with three goals in four games in Europe.

Messi, who has struggled with varying fitness issues, has not yet played like a Ballon d'Or winner for his new club – certainly George Weah's victory in the 1995 Ballon d'Or owed much more to what he did with PSG, even though he had left to join AC Milan earlier that year.

Mauricio Pochettino's PSG is 12 points clear at the top of Ligue 1 before Saturday's game at Lens, where one of the best atmospheres in French football will await the Parisian superstars at the 37,000-capacity Stade Bollaert.

If Messi should be there alongside Kylian Mbappe, Neymar will not be, the Brazilian beginning his latest spell on the sidelines with an ankle injury.

Neymar, who has endured a disappointing 2021, is not expected back until at least mid-January.

"It makes me sad to see a player on the sidelines. We know he enjoys playing football more than anything else," said Pochettino of Neymar this week.

Now, however, Pochettino needs to try to get his team – still regularly playing well below its potential – firing on all cylinders without the world's most expensive player.