PSG sends best wishes to Muslims on Ramadan amid Islamophobia 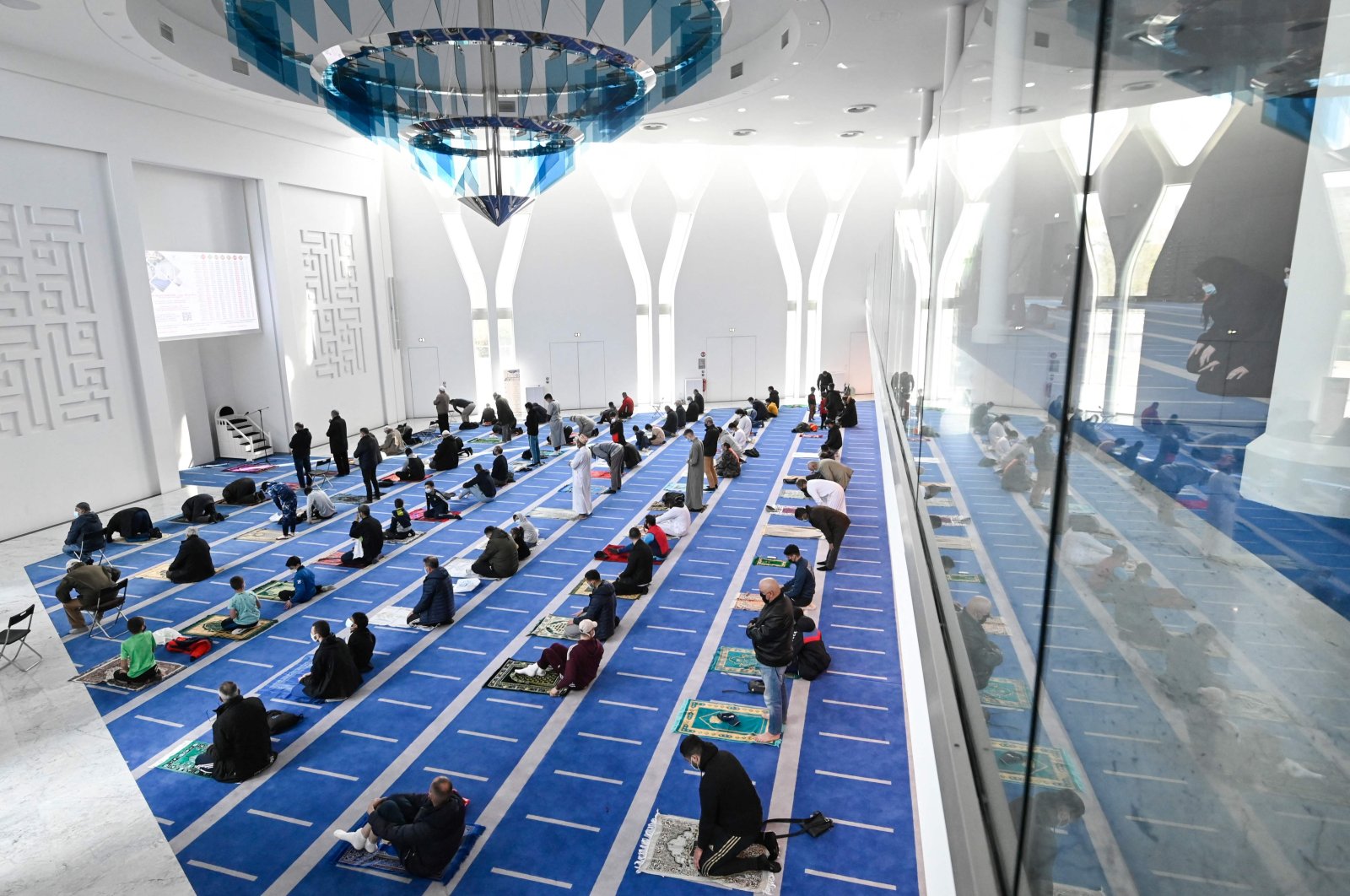 Muslim worshippers pray on the first day of the holy month of Ramadan at the al-Nour mosque in Mulhouse, eastern France, April 13, 2021. (AFP Photo)
by DAILY SABAH Apr 13, 2021 10:47 pm
RECOMMENDED

French football club Paris Saint-Germain’s (PSG) players extended their best wishes to Muslims on the occasion of the holy month of Ramadan, as President Emmanuel Macron passed a series of restrictions targeting the Muslim community in the country.

The video featured popular players like Neymar, Mbappe and others saying “Ramadan mubarak to all Muslims,” “Ramadan Kareem,” and “have a blessed month.”

France announced an anti-Muslim bill after the gruesome killing of a French teacher in October last year by an 18-year-old suspect of Chechen origin.

The proposed law, with the title “Supporting Republican Principles,” does not mention Islam directly in an effort to avoid stigmatizing Muslims.

It is widely seen as a blatant attack on freedom of association and critics say that the law will legalize Islamophobia.

It includes a ban on homeschooling for Muslims, make formal education obligatory and would be able to close associations, schools and mosques if a suspicious incident occurred. It also prohibits patients from choosing doctors based on gender for religious or other reasons and makes "secularism education" compulsory for all public officials. Opponents say the law violates religious freedom and unfairly targets France's 5.7 million Muslim minority, the largest in Europe.

Human rights group Amnesty International said Monday that new regulations "would be a serious attack on rights and freedoms in France."

Macron has become a figure of hate in some Muslim countries with many boycotting French products after the French president defended Charlie Hebdo’s provocative caricatures attacking the Prophet Muhammad. He has also been forced to the defensive by critical headlines in influential English-language media outlets such as the Financial Times and The New York Times. Muslims in France – the former colonies of which include predominantly Muslim countries in North and West Africa as well as the Middle East – make up about 6% of the population.

The PSG was also involved in a racism incident back in December.

The Başakşehir-PSG match was halted after 13 minutes following an argument on the touchline over the red card shown to Webo and only resumed the following day after the four Romanian officials were replaced.

Webo, a former Cameroon international, said fourth official Sebastian Coltescu disrespected him by referring to him as "the black one" and an investigation was conducted by a UEFA Ethics and Disciplinary Inspector.

Players from both sides, as well as the three new on-field match officials, took a knee before the game resumed the following day with PSG winning 5-1 at the Parc des Princes.