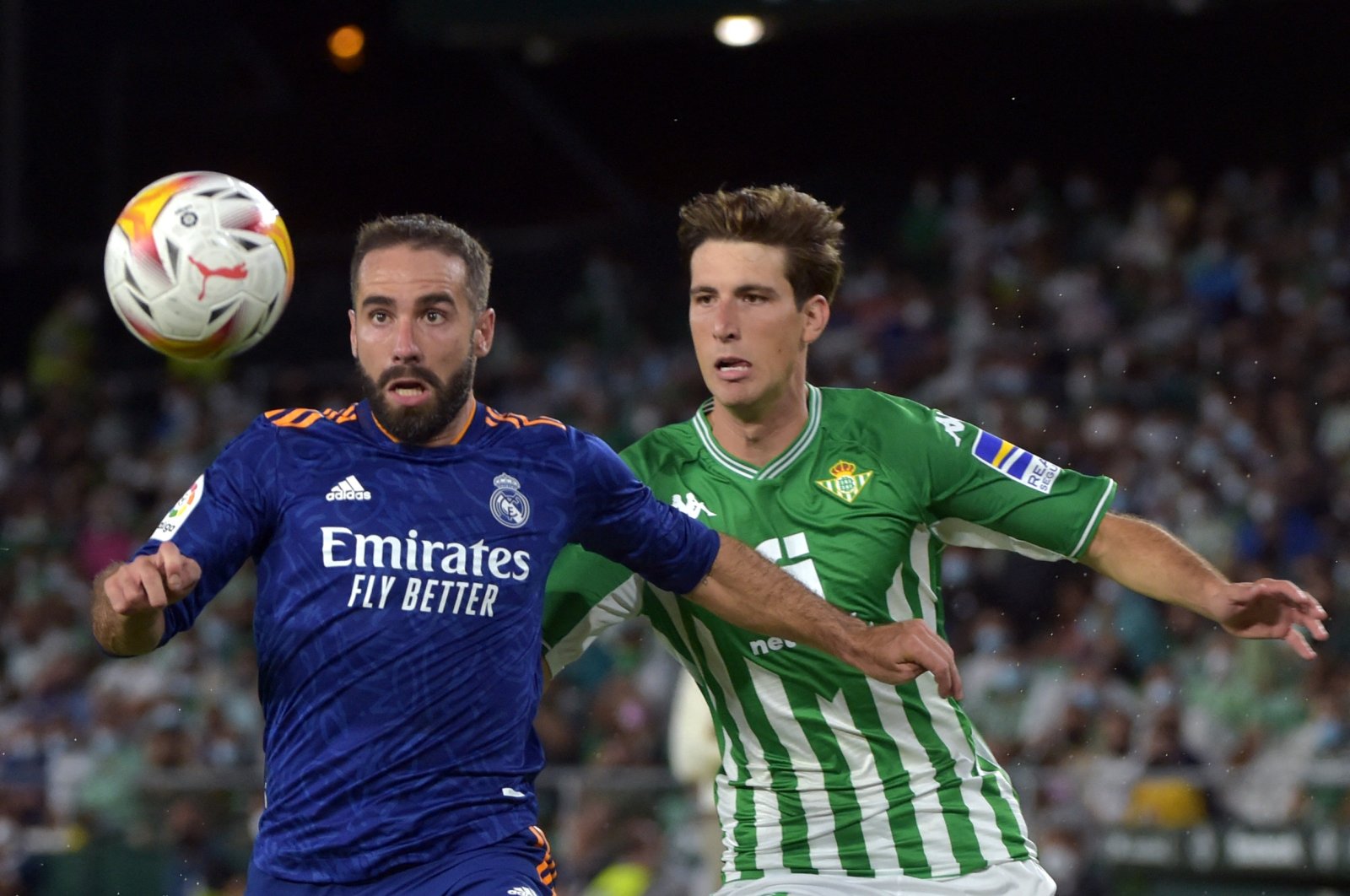 Real Madrid climbed to the top of the early La Liga table after defender Dani Carvajal's second-half goal was enough to give Carlo Ancelotti's side a 1-0 win at Real Betis on Saturday.

Madrid now has seven points from its opening three games after a bright start to the season, while the reported potential signing of Kylian Mbappe could give it another boost before the end of the transfer window Tuesday.

"It's a matter for the club, they're working on this," Ancelotti said of Paris Saint-Germain star Mbappe, for whom Madrid have already had a 160-million-euro ($188 million) bid rejected.

Italian Ancelotti, who returned to the club after the resignation of Zinedine Zidane, has seen some of his tougher decisions pay off so far, with Gareth Bale and Isco impressing after being brought back into the fold.

Los Blancos will not play their first home match of the season until Sept. 11 due to the ongoing renovation of the Santiago Bernabeu.

But they still lead the way in La Liga ahead of Sevilla and Valencia on goals scored.

"There are many things that we have to improve, but the balance is positive," said Ancelotti.

"We have had an odd pre-season, many players arrived late. I am quite satisfied but yes, we have to improve."

Betis remain winless after opening the season with two draws following a feisty encounter at the Benito Villamarin which saw the hosts have five players and veteran coach Manuel Pellegrini booked.

Both teams looked dangerous early on, with Betis goalkeeper Rui Silva making a good save from Madrid defender Eder Militao in the seventh minute.

Shortly afterwards, away "keeper Thibaut Courtois had to get down smartly to keep out Nabil Fekir's well-struck effort from long range.

Karim Benzema thought he had put the capital giants ahead in the 53rd minute but saw his effort ruled out for offside.

But the visitors did break the deadlock just after the hour mark through the unlikely source of Carvajal.

Madrid center back David Alaba almost gifted Betis an immediate equalizer as he attempted to cut out a cross, but sent the ball spinning just past his own post.

Eden Hazard, dropped to the bench, came on as a late substitute as the away side closed out an ultimately comfortable win.

The Moroccan forward's second goal of the campaign shortly before half-time moved Sevilla alongside Valencia, Real Mallorca and Madrid on seven points.

Defender Enzo Roco had given Elche an 11th-minute lead but they had to settle for a second point of the campaign.

Sevilla is hoping to launch another title challenge this term after falling away late last season to finish fourth.

But Barcelona and Real Madrid have both endured difficult summers, although champions Atletico Madrid kicked off their title defense with back-to-back wins and face Villarreal on Sunday.