Return of the King: Emotional Ibrahimovic back in Sweden squad 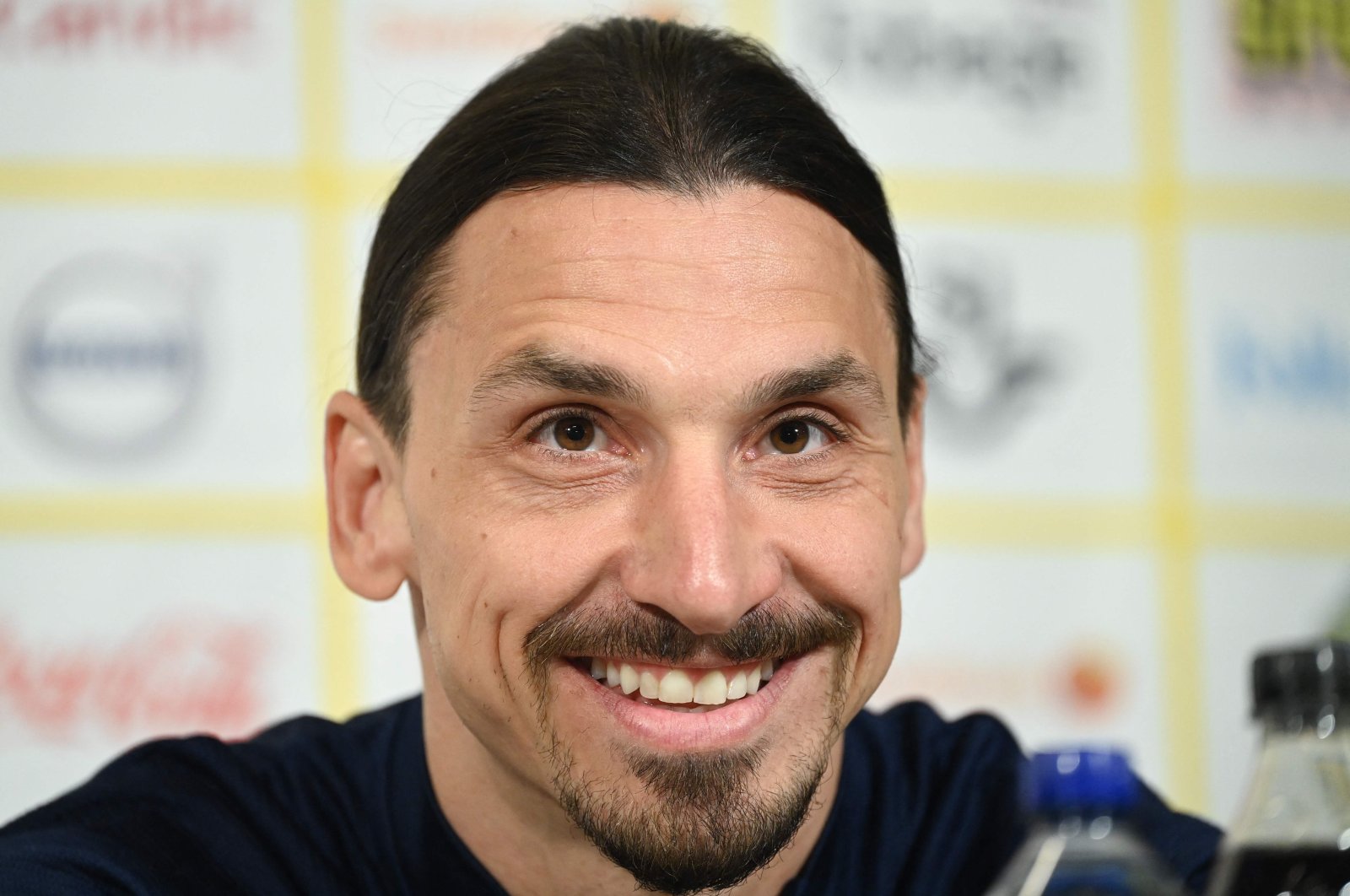 An unusually reserved and humble Zlatan Ibrahimovic had to hold back the tears on Monday as he arrived in Sweden ahead of his return this week to the Swedish national squad after nearly five years away.

Veteran striker Ibrahimovic showed a more sensitive side to his usually brash public persona when he was asked about what his two teenage sons, Maximilian and Vincent, thought of his international comeback.

"It's not a good question you're asking. I had Vincent here, who actually cried when I left him. But it's OK, it's OK," he said with tears in his eyes.

Speaking to reporters days ahead of Sweden's 2022 World Cup qualifier against Georgia on Thursday, the often boastful 39-year-old acknowledged he was much more "patient both on and off the field" than when he announced the end of his international career after Euro 2016.

"Right now you're thinking: 'He's much too nice and much too humble'," Ibrahimovic joked.

Sweden's most successful player, the AC Milan forward retired from international football with 116 caps and 62 goals for his national team.

He announced his return to the squad in his usual style last week on Instagram with a picture of himself in the Swedish team kit with the caption "The return of the God."

However, 'Ibra' said Monday he didn't want to be given a spot on the team for his past achievements but because he "deserved" it.

He is in good form this season for Milan, with 15 goals in as many Serie A games, including the opener in Sunday's 3-2 win at Fiorentina which kept the pressure on league leaders Inter Milan.

He also said he didn't mind not being the team captain, a role now taken by Alexander Granqvist, who plays for Swedish club Helsingborgs.

In another sign of a "new chapter," Ibrahimovic said he had asked to don the number 11 on his jersey rather than the 10 he used to sport.

"I asked nicely if I could have the 11," he said, adding that teammate and Real Sociedad forward Alexander Isak had graciously agreed to give up the number.

Ibrahimovic and Sweden's head coach Janne Andersson, who also attended the news conference, have had public arguments in the past but both of them insisted repeatedly those disagreements were now behind them.

Andersson traveled to meet Zlatan in Milan in November last year after the star attacker had said in an interview that he missed playing for Sweden.

"When we parted we had put everything that happened before behind us," Andersson said.

Glimpses of the old Ibrahimovic did however make an appearance. "If you ask me I'm the best in the world," Zlatan said as he broke into laughter.

He also said he had promised Andersson he would decide matches. "I have my experience, I know what I'm good at."

The question of whether the top scorer would ever return to the national team has often divided the Scandinavian nation.

Some fans have pined to see him back on the pitch, while others argued he no longer had a place on a team that has managed to qualify for top international competitions without him.

Andersson, who took over the squad in 2016, has over the years worked to build a team with a collective ethos and little tolerance for diva antics.

Questions had therefore emerged about Ibrahimovic's place on the team.

Noa Bachner, the football pundit for Swedish daily Expressen, told Agence France-Presse (AFP) that Ibrahimovic "knows he's entering into a much more flat hierarchy where he can't expect to be elevated in the same manner."