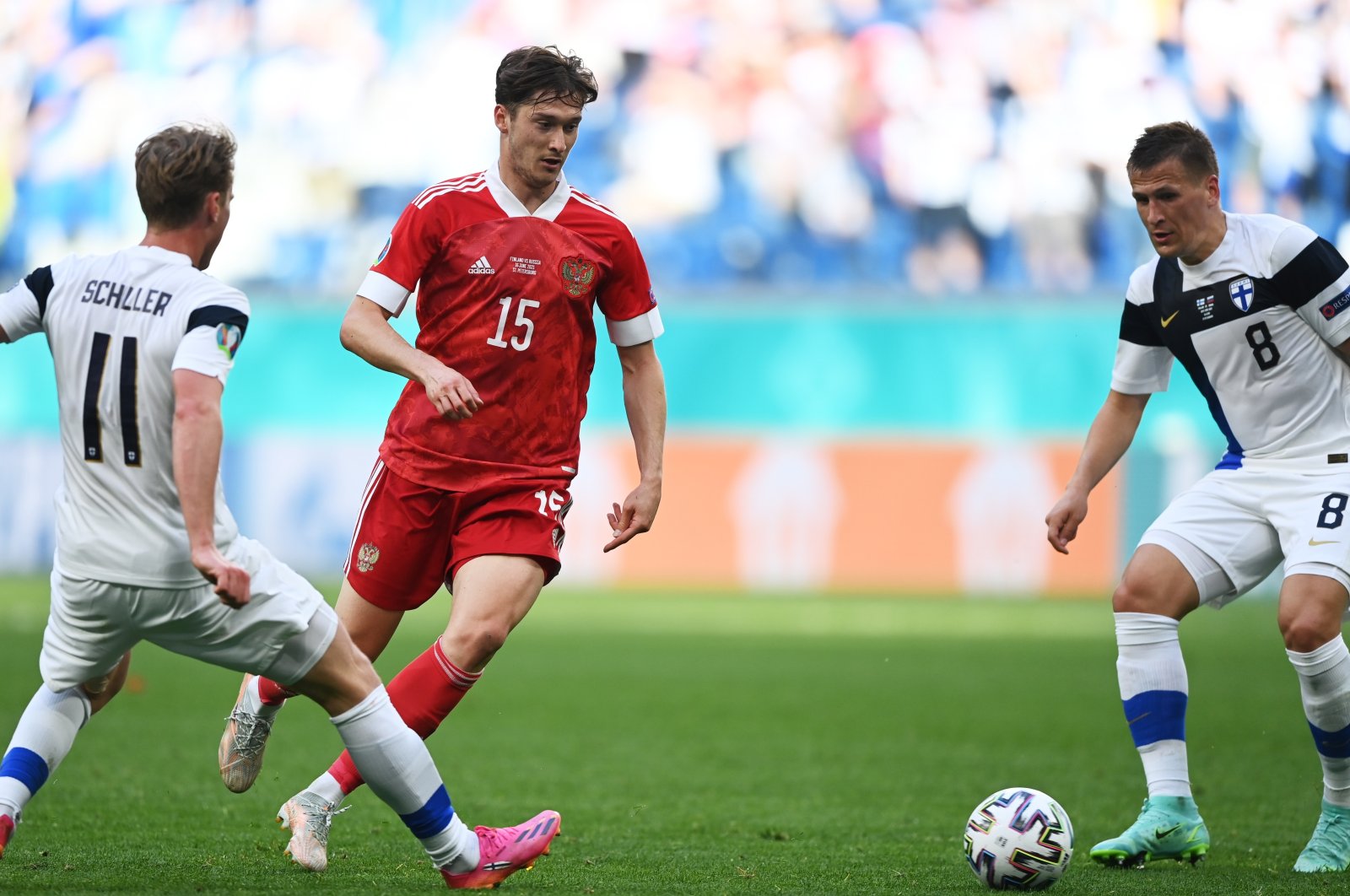 Russia secured its first Euro 2020 win on Wednesday after defeating Finland 1-0 in a Group B meeting, with a goal by midfielder Aleksey Miranchuk during the closing moments of the first half.

The left-footed playmaker produced the one moment of class in a chaotic game to give Russia its first points at Euro 2020.

The pessimism that followed Russia's 3-0 loss to Belgium in their opening Group B game was replaced by loud cheers and jubilant chants of “ROSS-I-YA” at the final whistle at Saint Petersburg Stadium.

A loss would have left Russia an extremely difficult task to qualify for the knockout stage, given its last match is a trip to Denmark on Monday.

Now Russia is tied on points with the Finns, who missed the chance to reach the last 16 with a game to spare with a second straight victory in their first major football tournament. Their first victory was 1-0 over Denmark in a match marked by Christian Eriksen’s collapse.

It came as no surprise that Artem Dzyuba was involved in Miranchuk’s superbly taken goal, which wasn’t in keeping with the overall standard of a game.

The big center forward was the focal point of all Russia’s attacks, though this one involved him using good footwork instead of his renowned aerial prowess.

Miranchuk collected the ball on the edge of the area and slipped a short ball forward to Dzyuba, who laid it off deftly back to the playmaker. Miranchuk took one touch to cut inside Finland defender Daniel O’Shaughnessy and, with barely any back-lift, floated his shot beyond goalkeeper Lukas Hradecky and into the top corner.

Finland coach Markku Kanerva had expressed his concern ahead of the game that his players might still be traumatized by the incident involving Eriksen on Saturday.

Yet Finland, cheered on by about 4,000 fans who made the 200-kilometer (125-mile) journey from the Finnish border to St. Petersburg, was the better team in the early stages and had a headed goal by Joel Pohjanpalo ruled out by video review in the third minute.

Russia was humiliated at times by Belgium in its opening group game but found Finland’s midfield – missing captain Tim Sparv – much easier to dominate, with Miranchuk and Aleksandr Golovin standing out.

Russia defender Mario Fernandes was taken to the hospital with a suspected spinal injury after landing on his back in a fall in the first half.