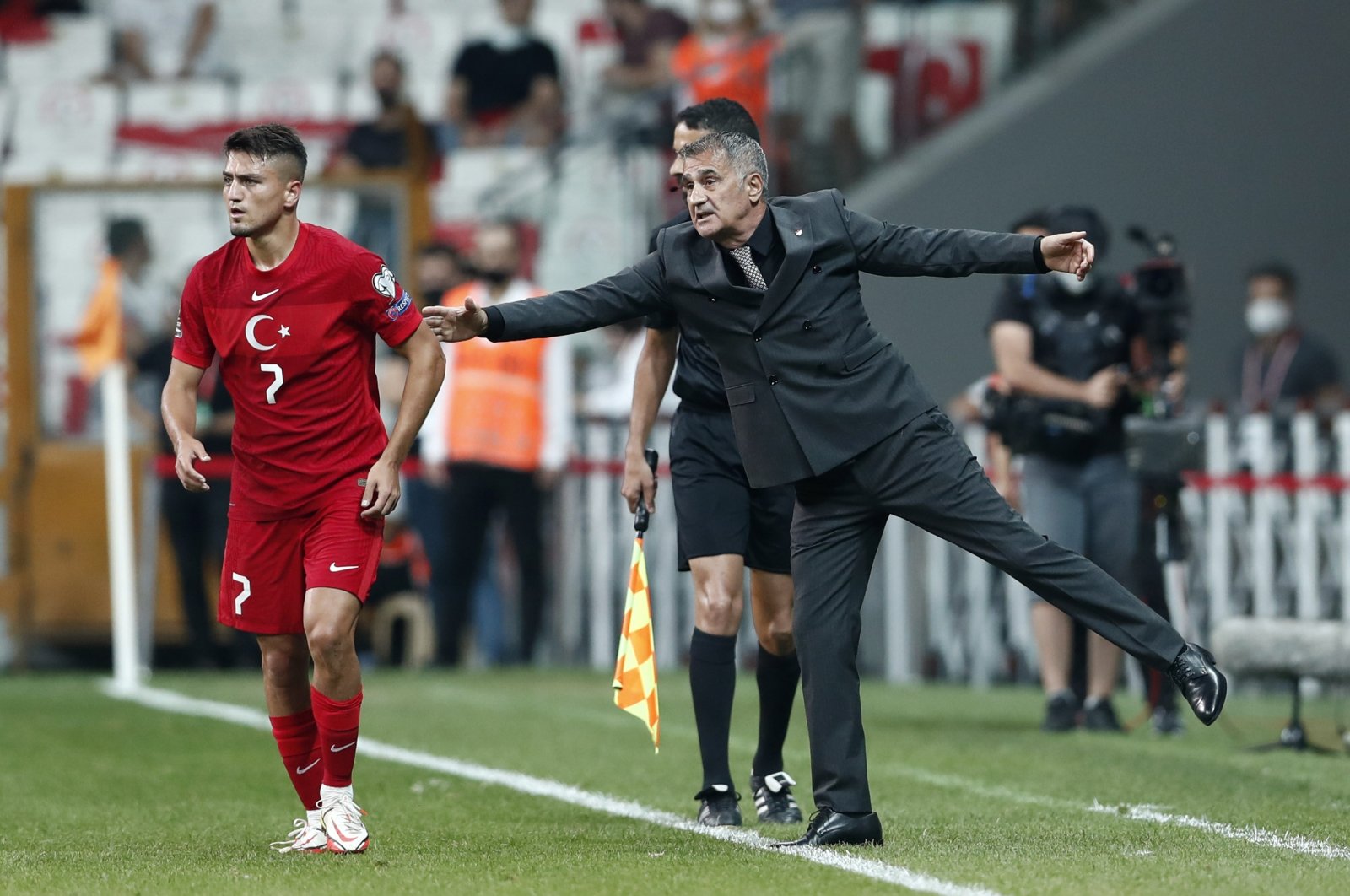 Turkey had no other option but to win against Gibraltar – a country with a surface area of 7 square kilometers, a population of 32 thousand and 194th in FIFA rankings. Credit to the Gibraltar team, who resisted Turkey for 54 minutes, before eventually falling to a 3-0 defeat.

However, the manner of that victory would be a cause for concern in the Turkish camp, which face a resurgent Netherlands on Tuesday.

If Şenol Güneş’s men can pick up 11 more points in the remaining five World Cup qualifier matches, it would guarantee a second-place finish in Group G.

Only two points against the Netherlands and Norway and winning the other three games would take Turkey to a total of 22 points, which should be enough for second place. Nevertheless, Güneş faces some serious questions after Saturday’s unconvincing victory.

The first would be his insistence on employing a narrow formation. Against Montenegro, there were 22 players on Turkey's 23-player list, since the team did not have any other players in the squad. Against Gibraltar, Turkey played two strikers but it only has three natural strikers in the squad. It is nothing but strange to have only three strikers in your squad and some six central defenders.

Secondly, if the plan was to score by constantly crossing the ball into the opponent’s penalty box, Güneş could have included Adem Büyük in the squad for this match. Besides Büyük, Turkey also has strikers like Umut Bozok and Ali Akman.

Enes Ünal is not the player for this type of match. Getafe is 19th out of 20 teams in the Spanish League, with a 0.67 xG (expected goals) per game. They had only seven shots on target in three games. Ünal has zero shots on target this season.

Getafe doesn’t play Ünal because he scores, but because he's good at pressing, as well as fighting for possession and keeping possession.

Zeki Çelik, Kaan Ayhan and Mert Müldür were in the starting 11 against both Montenegro and Gibraltar. Is Güneş going to use these three players against the Netherlands as well? If he does, they will have played three matches in seven days. Was it not the Gibraltar game where they were supposed to rest?

Lastly, who is the second right back in the national team? Since Müldür plays as a left back, Çelik seems to be the only right back option. Is it normal that Efecan Karaca and Müldür switched positions after Çelik was substituted against Gibraltar? Why was Nazım Sangare not called up, for instance?

Apart from these details, there is of course the problem of general strategy. But since Güneş insists on finding temporary solutions rather than designing a permanent strategy, he better make sure to iron out every small detail.