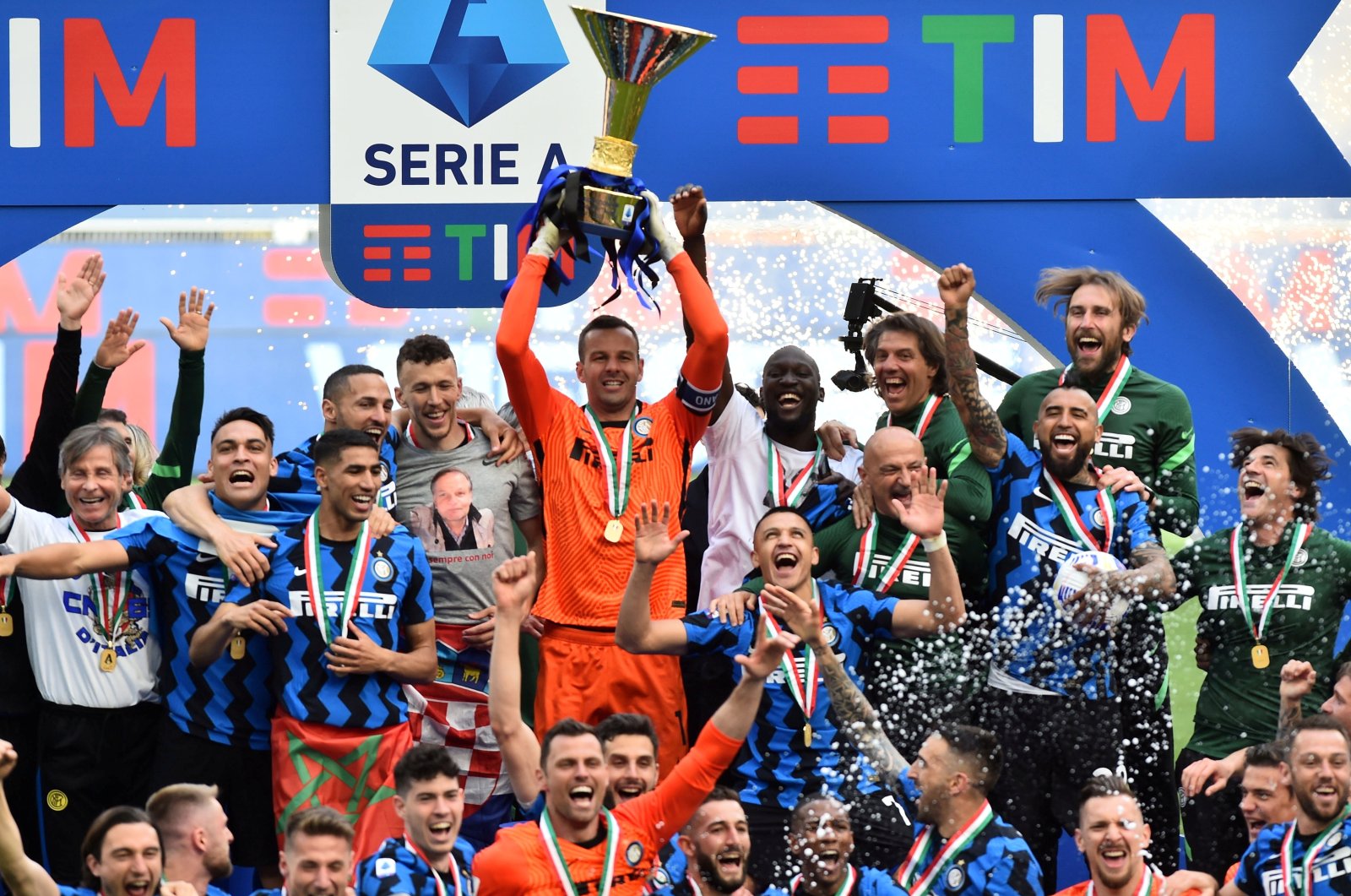 Serie A champion Inter Milan kicks off the 2021/2022 season Saturday as its title defense faces early hurdles in the form of fan protests and financial difficulties.

A dramatic summer for the champions reached its lowest ebb last week when star striker Romelu Lukaku was sold to Chelsea, a transfer that enraged not just supporters but reportedly also CEO Giuseppe Marotta and new coach Simone Inzaghi.

The Gazzetta dello Sport reported that Inter's cash-strapped Chinese owners Suning forced the sale of Belgium forward Lukaku after having already offloaded buccaneering right-back Achraf Hakimi, a key figure in its first Serie A triumph since 2010, to Paris Saint-Germain.

The club's financial problems were clear well before the league crown was claimed, and last month previous coach Antonio Conte left Inter knowing his team could be dismantled.

It is still strong in key areas and has one of Italy's Euro 2020 heroes in Nicolo Barella, but the squad has certainly been downgraded.

Lukaku has been replaced with Edin Dzeko, a capable forward familiar with Serie A, but the Bosnia striker is 35 years old and scored just seven league goals last season.

Dutch defender Denzel Dumfries, however, is an intriguing choice for the vacant spot at right-back after his exciting displays at Euro 2020.

How he and Dzeko fare will be key to Inzaghi's chances at Inter after doing an excellent job on a small budget at Lazio.

Ready to pounce will be Juventus, who have Massimiliano Allegri back at the controls and added Euro star Manuel Locatelli to a midfield which was the Old Lady's weak point under Andrea Pirlo last season.

Rumors of Cristiano Ronaldo's desire to leave Juve have not dampened enthusiasm around the team's chances as the chaos that has enveloped Inter and Allegri's return has boosted hopes in Turin of reclaiming the title from their old enemies.

Also sniffing to overtake Inter is a new cast of managers led by Jose Mourinho at Roma, who on Tuesday celebrated the arrival of Tammy Abraham from Chelsea.

Mourinho was welcomed back to Italy this summer, memories of treble glory at Inter over a decade ago leaving Roma fans hoping the once Special One's star has not definitively waned.

Elsewhere, Maurizio Sarri will try to bring his brand of passing football to Lazio while Luciano Spalletti has a chance to get a talent-packed Napoli back in the top four on his return to club management after two years away.

Supporters will finally be able to watch the unfolding drama in stadiums after the Italian government permitted clubs to open their stadiums to 50% capacity earlier in the month.

The decision came after clubs railed against the previous legislation which also permitted grounds to be as much as half full, but included social distancing rules which would have meant up to three-quarters of places in some grounds being unavailable to fans.

Italian Football Federation (FIGC) president Gabriele Gravina welcomed the move but insisted that it was simply a "first step toward our aim of having our stadiums full as soon as possible."

Last month the FIGC laid out demands to the government which as well as asking for tax relief included a request to create a "Save Football Fund" managed by the FIGC which would receive one percent of all bets placed on any sporting event.

Another test for the league will be how its new main broadcaster DAZN performs. The streaming platform outbid Sky for the 2021-2024 rights in March and will be expected to supply coverage of Serie A to millions in a country where digital development lags behind other European countries.

When the DAZN deal was struck Italian Minister for Technological Innovation Vittorio Colao estimated that some 16 million households in Italy did not have fixed-line internet access.

Fans have experienced problems in the past with DAZN's coverage, and just weeks after striking the deal for this season the broadcaster suffered an embarrassing blackout during coverage of Inter's match with Cagliari.