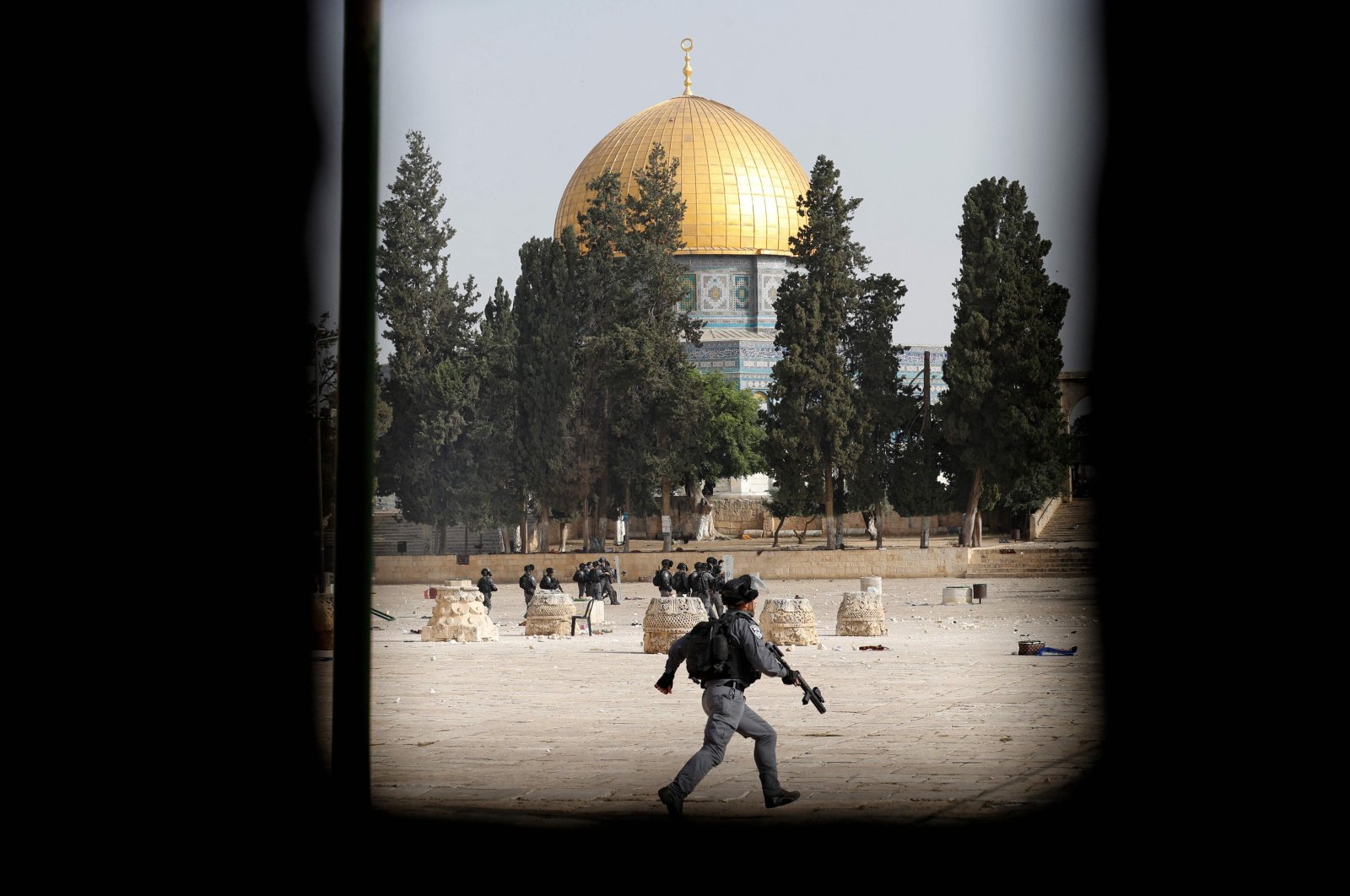 Israeli security forces deploy amid clashes with Palestinians at the Al-Aqsa mosque compound ahead of a planned march to commemorate Israel's takeover of Jerusalem in the 1967 Six-Day War, East Jerusalem, occupied Palestine, May 10, 2021, (AFP Photo)
by DAILY SABAH WITH AA May 11, 2021 12:26 pm
RECOMMENDED

A number of top Muslim footballers on Monday expressed solidarity with Palestinians after Israeli forces stormed the Al-Aqsa Mosque in East Jerusalem.

"The world needs peace and love. It will soon be Eid. Let us all love one another. #PRAYFORPALESTINE," Pogba posted on Instagram.

In a Twitter post, Fenerbahçe's Mame Thiam quoted a verse from the Quran: "'O humanity! Indeed, Allah's promise is true. So do not let the life of this world deceive you, nor let the Chief Deceiver deceive you about Allah,' Surah Fatir verse 5."

Above the photo, Thiam wrote: "My heart with you Masjid Al-Aqsa."

My heart with you Masjid Al Aqsa pic.twitter.com/E5DWNcexXh

According to the Palestinian Red Crescent, at least 305 people were injured Monday when Israeli police stormed Al-Aqsa Mosque in occupied East Jerusalem and attacked Palestinians, who were on guard to prevent possible raids by extremist Israelis.

Tensions have been running high in the Sheikh Jarrah neighborhood of East Jerusalem since last week when Israeli settlers swarmed in after an Israeli court ordered the eviction of Palestinian families.

Palestinians protesting in solidarity with the residents of Sheikh Jarrah have been targeted by Israeli forces.

Israel occupied East Jerusalem during the 1967 Six-Day War and annexed the entire city in 1980 – a move that has never been recognized by the international community.