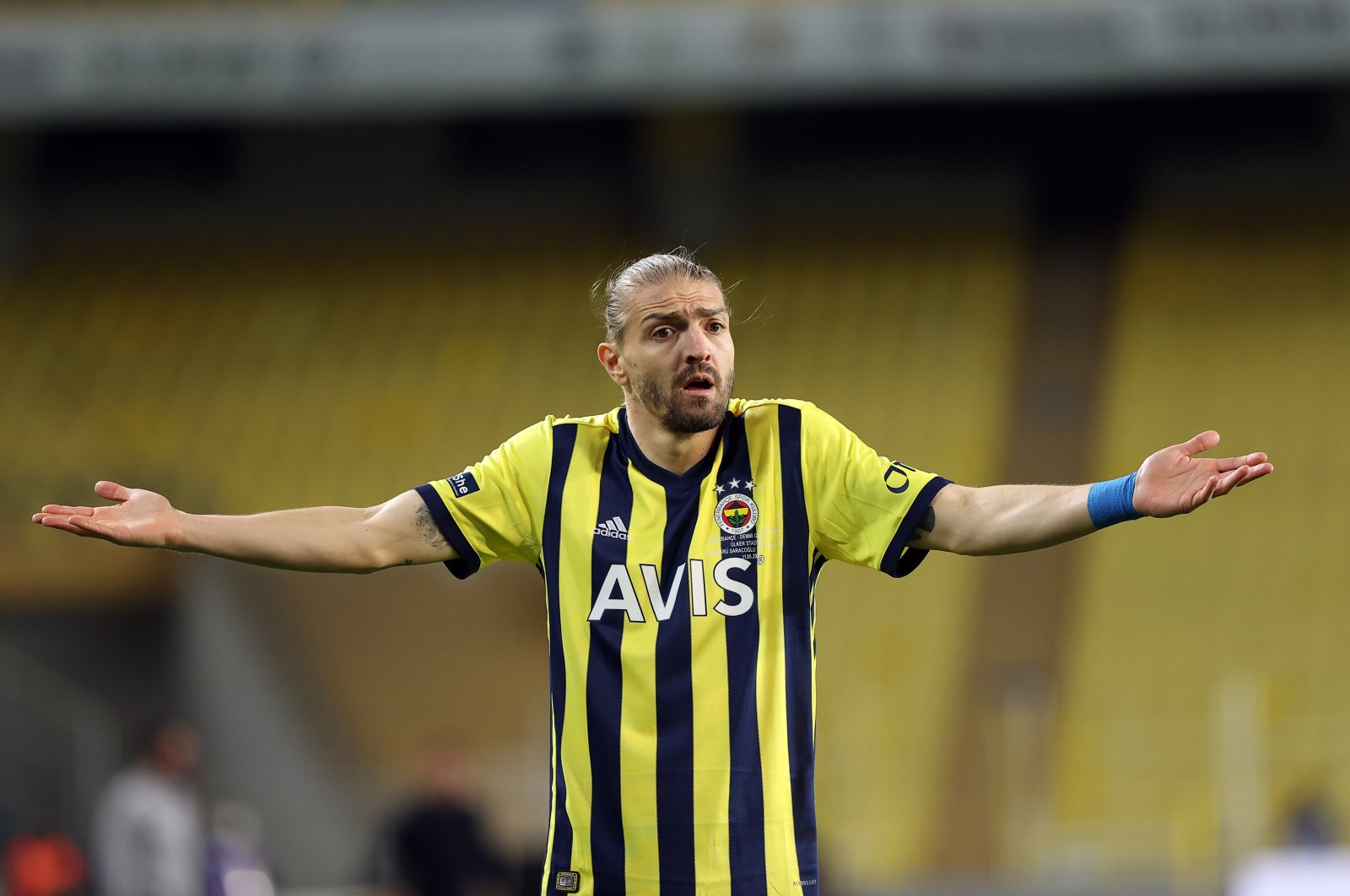 Turkish football fans will be enjoying more than the Ramadan Bayram (Eid al-Fitr) this weekend as the Süper Lig season – arguably the craziest in recent memory – enters its final week Saturday.

And what a season it has been! If someone had written a script like this before the season kicked off, they would have been dismissed as a lunatic. Absolutely every equation and possibilities turned on their heads, making this season so unique and exciting.

A quick look at the point’s table before Saturday’s game immediately hits home. Turkish football’s traditional Big Three claims the top three spot, but Beşiktaş and Galatasaray are tied on 81 points and Fenerbahçe is third with 79.

However, even just a week ago it was Beşiktaş 81, Fenerbahçe 76, and Galatasaray 75. Fatih Terim’s Galatasaray, who for many had already lost the battle, is now separated from the Black Eagles only by goal difference.

Title race going down to the wire

Beşiktaş holds a narrow two-goal advantage over Galatasaray. This means, if the Lions beat Yeni Malatyaspor 4-0, while Beşiktaş wins against Göztepe 1-0, Terim’s team will once again be the

Nevertheless, this doesn’t give the opportunity to write Fenerbahçe off the title race just yet. If both Beşiktaş and Galatasaray lose and the Yellow Canaries win against Kayserispor, they will become the champions. It does not get any crazier than this.

But, how did we end up in this crazy place? How come a season which had started so differently ended up in such a scenario?

It is safe to say that no one expected Beşiktaş to be the league leader before the final game of the season. Fenerbahçe was coming with its entire might after buying 20 different players, including veterans like Mbwana Samatta, Papiss Cisse and Jose Sosa, a new coach and a new sporting director. It even acquired Mesut Özil from Arsenal, in possibly the biggest transfer deal in the club's history, during the January transfer window to boost its title chances.

Galatasaray also strengthened its squad with many high-quality players like Arda Turan and Emre Kılınç.

Beşiktaş, on the other hand, started its season with goalkeeper Ersin Destanoğlu, an academy player aged 19, and striker Kyle Larin, a dreadful forward at the time. Only in the last minute of the transfer window, the team was able to strengthen its squad with questionable players like Leicester City’s unwanted man Rachid Ghezzal, Saudi side Al Ahli’s Josef de Souza and Vincent Aboubakar with a chronic injury. A third place was considered a success for the team.

And after a horrible start, everyone already crossed Beşiktaş off from the title race. Teams like Alanyaspor, Galatasaray and Fenerbahçe were chasing the trophy.

However, Beşiktaş’s return in November, right after a long international break, was epic, to say the least.

After beating current champions Başakşehir and in-form Fenerbahçe in back to back matches, Beşiktaş climbed to the top of the table in mid-January.

But then Galatasaray decided to join the party and staged a great comeback by winning eight games in a row, including an away fixture against archrival Fenerbahçe.

Terim’s winning formula from 2018 and 2019 was finally kicking in. A fast game centered around Henry Onyekuru, combined with the new striker Mostafa Mohammed’s explosive role as a striker, took Galatasaray to the top.

Unfortunately, Galatasaray was then held back by internal conflicts and some refereeing disputes with the Turkish Football Federation (TFF). The team lost three of its five games in March, leaving the title race to Beşiktaş and Fenerbahçe.

Fenerbahçe, in the meantime, saw lots of ups and downs as the manager Erol Bulut could not establish a game plan. Still, thanks to its rich squad and individual quality, Fenerbahçe managed to stick to the race.

After a draw against Beşiktaş where the equalizer came in the final minute, the Fenerbahçe board decided to sack Bulut and appoint Emre Belözoğlu, the club’s then sporting director.

Despite the limited time and other odds, Belözoğlu delivered in his job quite well and brought Fenerbahçe within two points of leader Beşiktaş with two weeks to go. But he was greeted by probably the worst opponent he could face, Sivasspor, who has caused great troubles for both Beşiktaş and Galatasaray this season.

Fenerbahçe on Tuesday probably blew its greatest chance for the title, as it lost to Sivasspor 2-0. To make things more interesting, Beşiktaş also suffered a 2-1 loss at lowly Fatih Karagümrük.

Galatasaray, on the other hand, managed to beat Denizlispor 4-1, to tie in points and close down the goal difference with Beşiktaş.

Now, all eyes are on the last games, the final whistle.

Beşiktaş will face Göztepe, another tough mid-table team that can cause many problems. Galatasaray will take on Yeni Malatyaspor, a purely defensive team that can punish reckless attacks. Fenerbahçe probably has the easiest fixture as it visits Kayserispor, which barely guaranteed its place in the league.

The race is mainly between Beşiktaş and Galatasaray, but since we have already said “this cannot get any crazier than this” countless times this season, writing off Fenerbahçe would be unwise.

Regardless of the eventual champions, football and football fans have been the real winners in the craziest season of the craziest league.