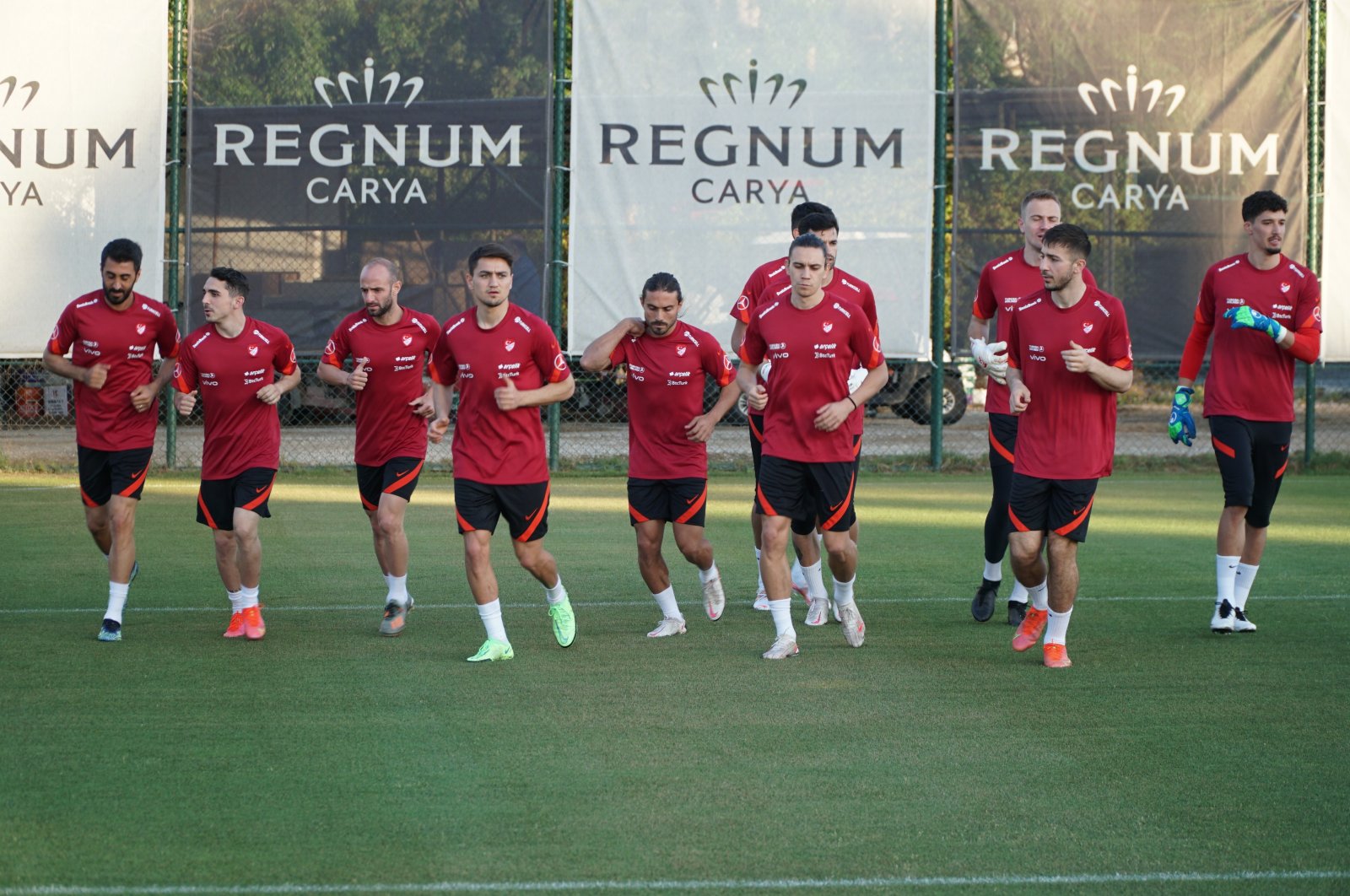 Now that Beşiktaş has been crowned the champion of the Süper Lig, the attention is back on the Turkish national team. Şenol Güneş’s team lost no time in preparations and organized a training camp right after the Süper Lig finale.

Güneş wanted as much time as possible with his team, so much so that there are even rumors about the Süper Lig concluding before the other leagues for that very reason. Despite having 21 teams and 42 weeks to play, the Süper Lig finished the season two weeks earlier than any other major league in Europe.

Now, Güneş has three weeks to prepare his team for the opening match of the tournament against Italy on June 11. Last week, Güneş also announced his Euro 2020 squad of 30 players. He will later continue with 25 players as five players will be left behind before the first game.

Looking at his choices, it is clear that Güneş will do what he has done since June 2019. Throughout the last two years he has consistently said that Istanbul Başakşehir’s Mahmut Tekdemir was the center of his game, and he included him in the squad even though Tekdemir’s season was mediocre at best.

The same could be said about Dorukhan Toköz as well. Beşiktaş midfielder could not find a place for himself in the squad in the last match and played only in the last couple of games due to injuries and suspensions. Still, as a key player in Güneş’s strategy like Tekdemir, Güneş wants to keep him in his squad despite the fact that there were more successful candidates for the same position like Berat Özdemir from Trabzonspor or Salih Uçan from Alanyaspor. He wants defensively disciplined players to cover his center.

He also said in many interviews that he actually wants to transform his game into a more attacking one with more possession, but he could not due to defensive worries. Still, considering the problems Turkey had against even more defensive teams like Russia, Serbia and Hungary, a midfield trio of Ozan Tufan, Taylan Antalyalı and Irfan Can Kahveci should also be on the table.

Turkey is in Group A with Italy, Wales and Switzerland, all more or less in the same league with Turkey. Against Italy in the first game, I expect Turkey to outperform its opponent. Because Italy is a better team than Turkey, that will give Güneş the most precious element in its game: An attacking opponent. In similar scenarios against France, Güneş’s team actually did really well in the qualifiers.

However, the real problem is with Wales and Switzerland. Both of these teams have similar expectations to Turkey’s, namely going as far as they can in the tournament. Beating these two teams would require another layer in Güneş’s game, which does not exist right now.

Tekdemir in front of the defense purely covering his area would leave only two players in midfield and less time and space for Turkey to build up attacks. If Turkey faces these two opponents with a clear motivation to win, then Güneş will have to turn to a strategy without Tekdemir.

The best-case scenario would be Turkey beating Italy in the first game, thus putting great pressure on others to win. Starting the tournament with three points against the favorites of Group A would mean that Wales and Switzerland would need to do something extra against Italy, and vice versa. Thus, the best outcome Turkey’s long-term strategy could yield would be a win in the opening game of the tournament. Still, Güneş should prepare a Plan B anyway.