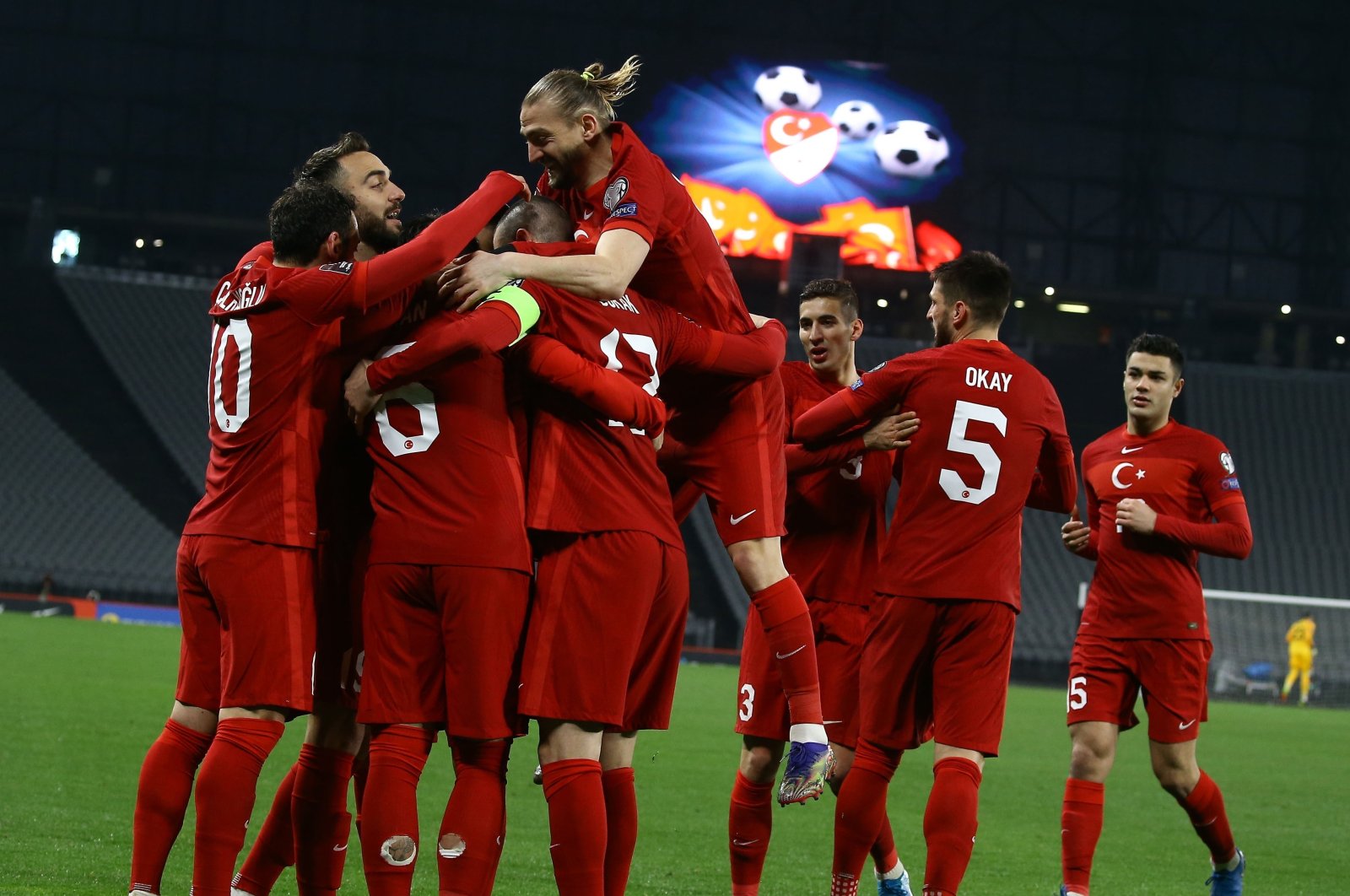 The Turkish national football team kicked off a Euro 2020 conditioning camp in the southern province of Antalya on Tuesday.

The camp for the upcoming European Championship, scheduled for June 11-July 11, will be held at the Regnum Carya Hotel located in the tourist district of Belek.

Players who have already finished their club duties joined the camp Tuesday night, while the rest are expected to do so at the end of their respective leagues.

The national team is set to play three warmup matches ahead of the Euro 2020 finals. The first match, to be played against Azerbaijan, will be held at the Alanya Bahçeşehir Okulları Stadium on May 27 at 8 p.m. local time.

Another match against the Northern Ireland which was scheduled for May 31 has been canceled due to COVID-19 travel restrictions in place in the U.K.

The Crescent-Stars will take on a different opponent on the day but the Turkish Football Federation (TFF) will confirm later. The conditioning camp in Antalya will end on June 1.

After Antalya, the national team will join a second conditioning camp in Harsewinkel, northwest Germany, on June 2.

Turkey will face Moldova in its last warmup match before Euro 2020 on June 3.

The conditioning camp in Germany will end on June 10 and will arrive in Rome on the same day.

It will take on hosts Italy at the Rome Olympic Stadium in the opening fixture of the Euro 2020 tournament, which has been delayed due to the COVID-19 pandemic.

Turkey and Italy are in Group A, which also features Wales and Sweden.

However, Turkey’s other group matches will be held in the Azerbaijan capital, Baku, due to Euro 2020’s multiple host city format.

The national team will fly to Baku on June 12 where it will face Wales on June 16, before the last group-stage fixture against Sweden on June 20. Both matches will be played at the Baku Olympic Stadium.

If Turkey qualifies for the knockout stages, it will fly back to Germany on June 21 and will travel according to the schedule.

The last 16 matches will be held in London, Amsterdam, Seville, Bucharest and Glasgow between June 26 and June 29.

The quarterfinals will be held in Munich, Baku, Rome and St. Petersburg on July 2 and July 3, while London will host the semifinals on July 6-7 and the final on July 11.