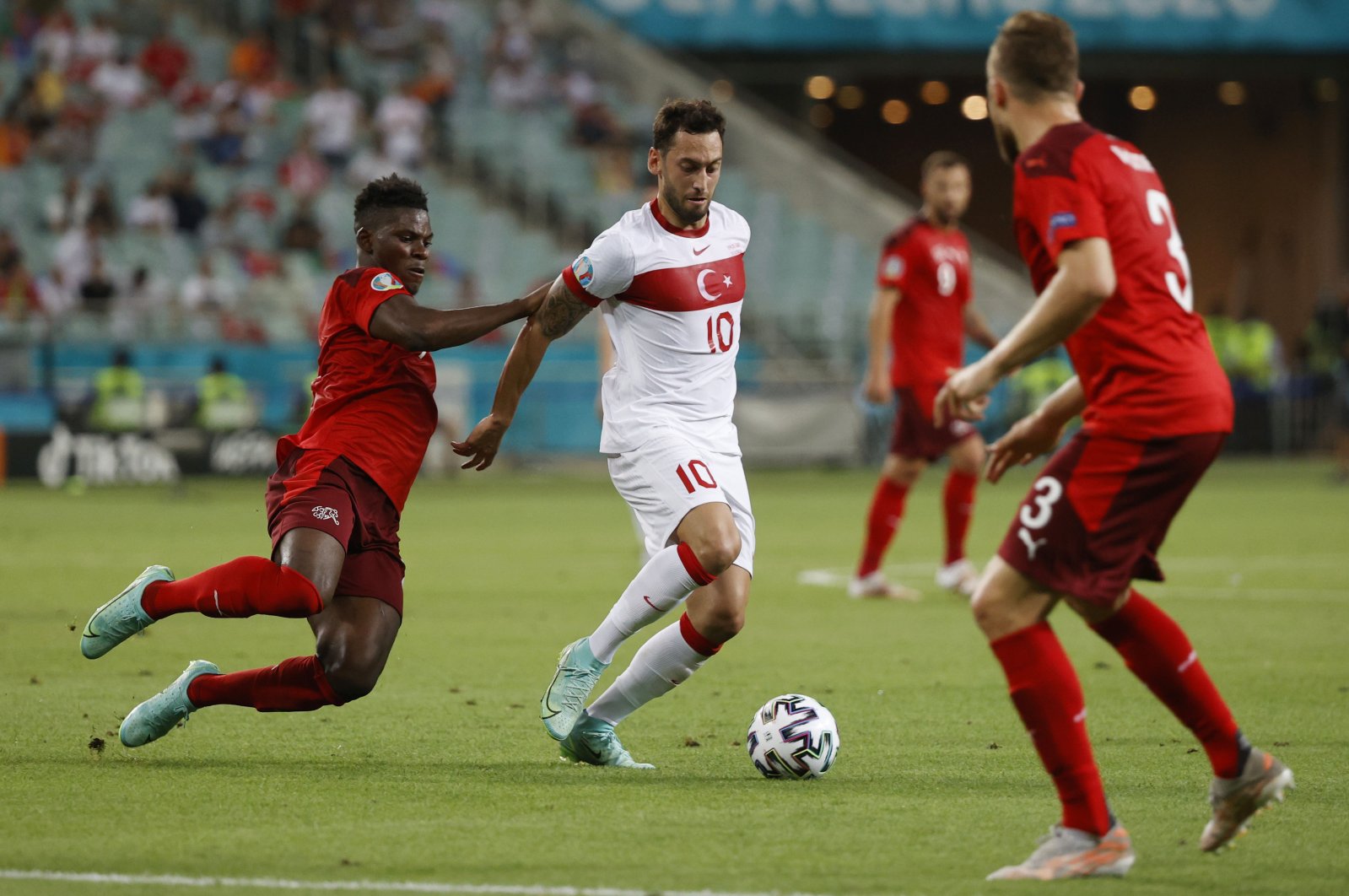 Turkish midfielder Hakan Çalhanoğlu's spirits seemed to be lifted as of Tuesday as he announced his move from AC Milan to city rival Inter a day after Turkey's poor performance and early exit in Euro 2020.

The 27-year-old told Turkish public broadcaster TRT Spor that he will be in the northern Italian city of Milan on Tuesday to sign a contract after completing a physical with his new team, which is the latest Serie A champion.

"I have reached an agreement with Inter. I'm going to Milan," he told the state broadcaster.

TRT Spor also reported Çalhanoğlu will sign a three-year contract with Inter with an optional year slated for an extension.

Çalhanoğlu had hoped to be the engine of Turkey's drive for its first international title, dispatching his trademark free-kicks and organizing the attack for a youthful squad that had beaten and drawn against world champion France in the qualifying rounds.

But Turkey had a European campaign to forget, losing all three matches while scoring once and conceding eight goals.

Çalhanoğlu turned down a contract extension at Milan to become a free agent and was linked to Manchester United as well as other big clubs in Spain and Italy.

Inter won its first Serie A title in 11 years that season, but have since parted ways with coach Antonio Conte.

Çalhanoğlu joined AC Milan in 2017 after four seasons in Germany's Bundesliga, where he played for Hamburg and Bayer Leverkusen. He scored 32 goals while striking 48 assists.