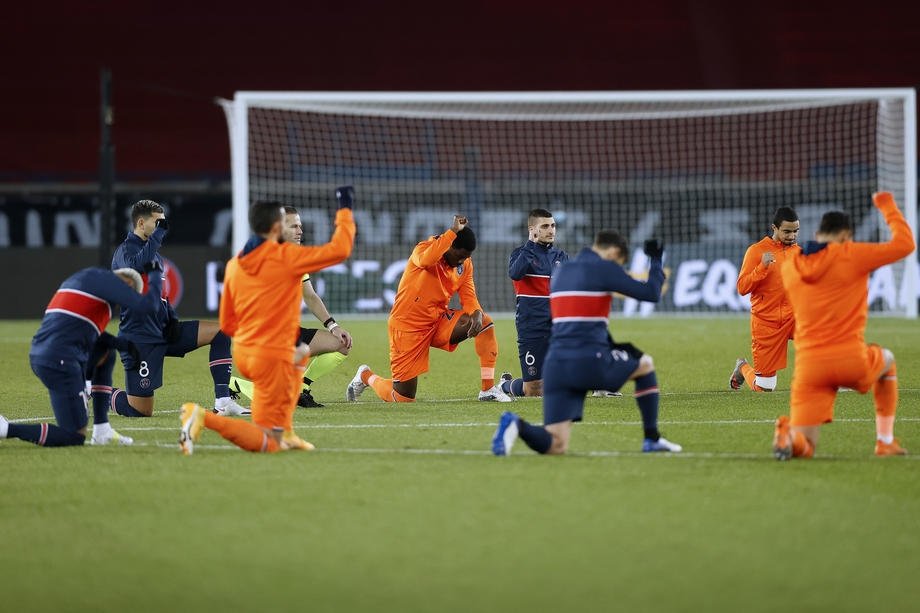 The match at Paris Saint-Germain in December was halted after 13 minutes following an argument on the touchline over the red card shown to Webo and only resumed the following day after the four Romanian officials were replaced.

Webo, a former Cameroon international, said fourth official Sebastian Coltescu disrespected him by referring to him as "the black one" and an investigation was conducted by a UEFA Ethics and Disciplinary Inspector.

"Proceedings have been opened against Sebastian Constantin Coltescu and Octavian Sovre for a potential violation of Article 11 of the UEFA Disciplinary Regulations," the governing body said in a statement.

Article 11 deals with general principles of conduct and focuses on breaches such as those that bring the game into disrepute.

Players from both sides, as well as the three new on-field match officials, took a knee before the game resumed the following day with PSG winning 5-1 at the Parc des Princes.