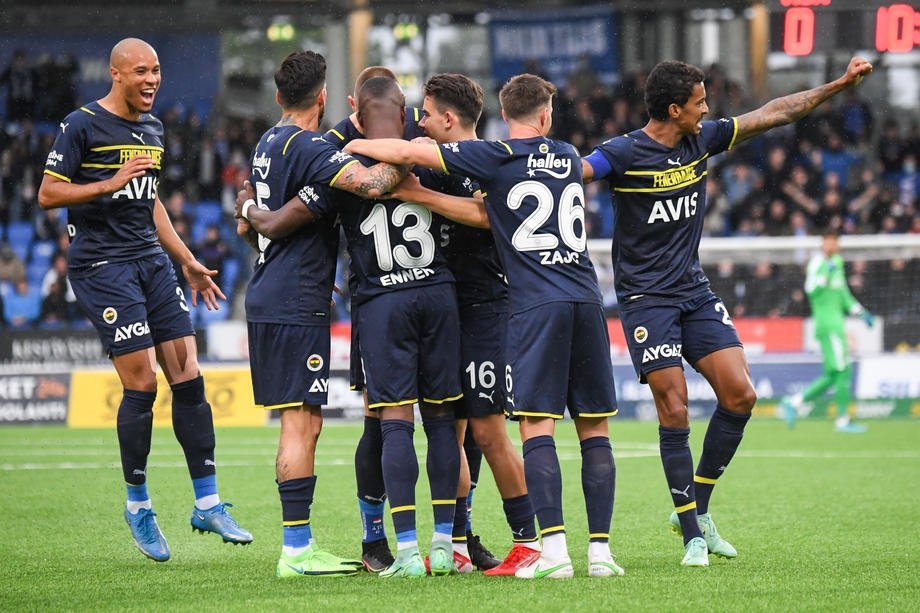 Fenerbahce made a strong entry to the new season by winning both of its games in the Süper Lig and knocking out HJK Helsinki in the Europa League.

Coach Vitor Pereira organized his team quite well in such a short time, and now Fenerbahçe not only has talented players but also a talented defensive game.

This is what Pereira actually wanted to do in his first tenure at the club: He wanted to establish a brand new understanding of how Fenerbahçe should play. It is no surprise that his meticulous ways are not so familiar for Turkish football, he is a football academic.

He came to this point in his career not with his impressive football career, but by doing well in the academy, working hard and producing. Five years ago, he wanted to create a very organized team for Fenerbahçe, but he could not create the atmosphere he had imagined in Istanbul, due to his younger age, different president profile, and the damage Van Persie had on his authority.

This time he seems to have found what he was looking for. Fenerbahçe shapes its group of players as it wishes, he is the strongest figure in the locker room. He can sit on the sidelines and change whatever he wants.

He can play with any formation he wants. This freedom gave him the opportunity to reflect his philosophy on the field. The team we watched in Helsinki yesterday is literally his team.

He has devoted a great time to establish the defensive part of the game. I thought that two new wingmen transfers were needed to perfect this formation, but yesterday the performances of the wingbacks, Nazım Sangare and Ferdi Kadıoğlu, peaked.

The brave attitudes of right center back Tisserand and left center back Szalai liberated Sangare and Kadıoğlu as well. Especially Sangare played perhaps the most effective match of his Fenerbahçe career. He created a chance for Enner Valencia in the first minute of the game. Then he made the Ecuadorian striker score two great goals at the 11th and 51st minutes.

Numbers also show that the team has made great progress. Fenerbahçe covered 115 and 113 kilometers, respectively, in the first two weeks of the Super League. Moreover, the team was the leader of the week with 24 balls it won in the opponent's half against Antalyaspor last week.

In other words, there is a rapidly developing Fenerbahçe in the defensive department right now. If the team keeps developing at this pace, Pereira might create title-winner material.