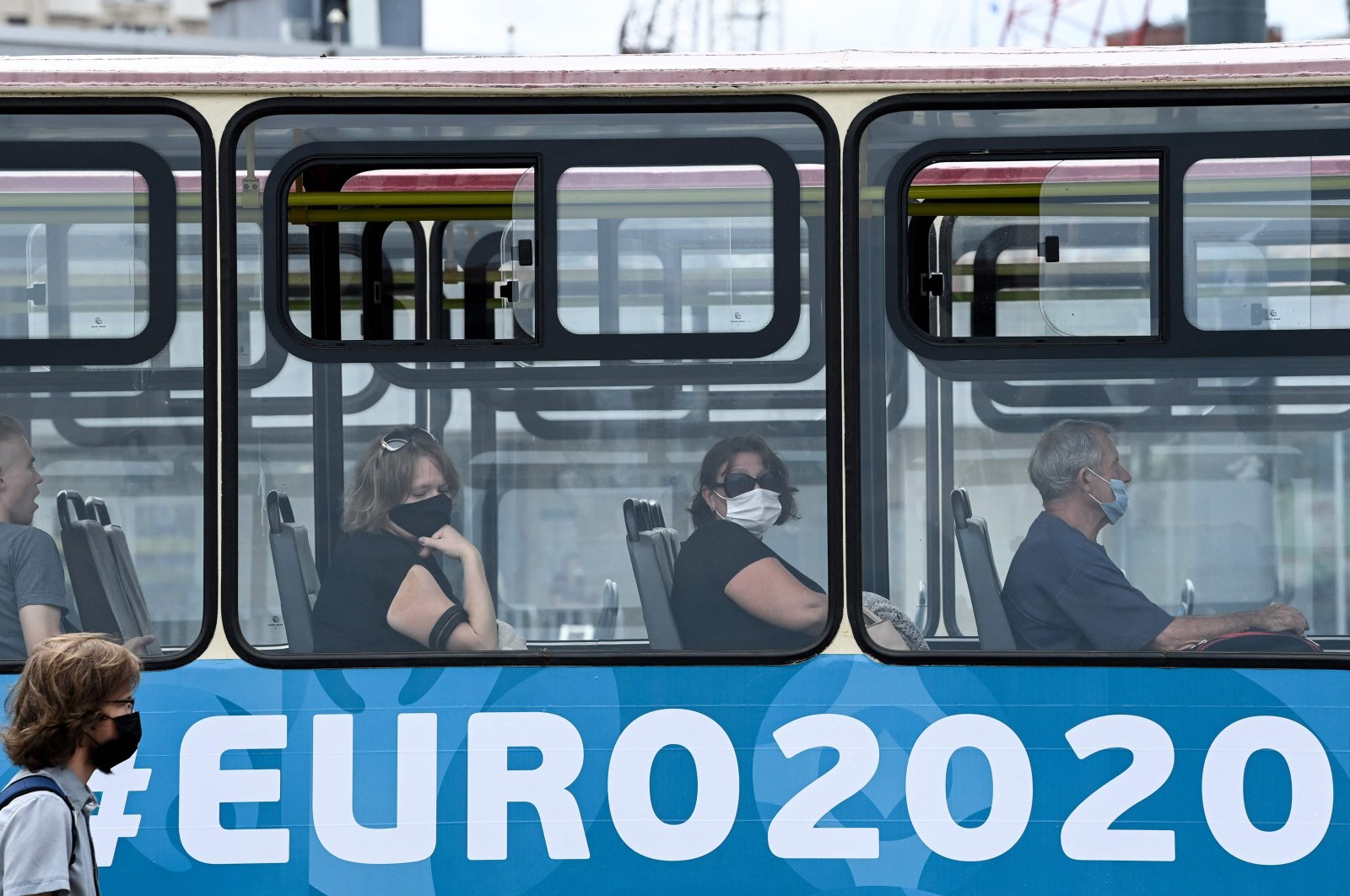 The Euro 2020 faced a storm of criticism Thursday after the continental event was blamed for a surge in coronavirus cases as fans flocked to stadiums, bars and spectator zones across Europe while the pandemic still raged.

The World Health Organization (WHO) said the mixing of crowds in Euro 2020 host cities, travel and easing of social restrictions had driven up the number of new cases rose by 10%.

A 10-week decline in new infections across Europe had come to an end and a new wave is inevitable if football fans and others drop their guard, WHO senior emergency officer Catherine Smallwood said in Copenhagen.

These events were driving the spread of the virus, she said.

With COVID-19 restrictions varying from nation to nation, crowd sizes have ranged from completely full, such as 60,000 in Budapest, to 25-45% capacity in other venues where there have often been around 10-15,000 spectators.

UEFA said it was fully aligned with local health authorities' guidelines at every venue.

"The final decisions with regards to the number of fans attending matches and the entry requirements to any of the host countries and host stadiums fall under the responsibility of the competent local authorities, and UEFA strictly follows any such measures," it said in a statement.

"I cannot explain why UEFA is not being sensible ... I suspect it is due to commercialism," he told a news conference.

Seehofer said a match with 60,000 spectators – such as Hungary's Puskas Arena and also planned for the semifinals and final at London's Wembley stadium – would inevitably promote the spread of COVID-19.

While Europeans have been loving watching the tournament, concern over the potential health knock-on has been rising.

Scotland's health authority said 1,991 people had been identified as attending a Euro 2020 event while infectious, of whom 1,294 had travelled to London and 397 gone to Wembley where England played Scotland.

Finland said more than 300 nationals were infected while supporting their team.

And Russia's deputy prime minister has called for a ban on gatherings of more than 500 people. St. Petersburg is due to host a quarterfinal Friday, with 50% capacity allowed in a stadium that would usually hold 68,000 people.

Italy has warned any fans from England not to try to use loopholes in COVID-19 travel restrictions to sneak into the quarterfinals Euro 2020 clash between England and Ukraine in Rome on Saturday even if they have a ticket.

In an effort to prevent the spread of the highly contagious Delta coronavirus variant, Rome last month introduced a five-day quarantine for anyone coming to Italy who had been to Britain in the previous two weeks.

It made an exception for short business trips and visitors in transit, but on Thursday the Italian embassy in London said anyone in the country under these circumstances will not be let into the stadium.

"Fans based in the U.K. should therefore not travel to Italy to attend the match on Saturday at the stadio Olimpico in Rome," it said in a statement.

Checks are expected as people enter the stadium. Anyone found to have ignored general quarantine rules face a fine of up to 3,000 euros ($3,555), the health ministry said.

The English Football Association said it would not sell any tickets via the England Supporters Travel Club for the fixture due to the travel restrictions.

Britain is battling a surge in infections caused by the Delta variant, which was first detected in India, reporting 26,068 new cases on Wednesday. Italy, by comparison, registered just 776 daily cases. The Delta variant is now spreading rapidly across Europe.

"The concern of an autumn surge is still there, but what we see now is that it might come even earlier," the WHO's Smallwood said.

Switzerland's national football team plays Spain in St. Petersburg on Friday and more than 1,000 Swiss are expected to travel to the Russian city to watch the game.

Swiss Health Minister Alain Berset warned travellers that it would be foolhardy to go without first having been vaccinated with a COVID-19 shot.

"Things are exploding with the Delta variant," Berset said. "Without being vaccinated, I wouldn't go. I wouldn't. And if you're vaccinated, you can go. But it's associated with multiple risks. You have to watch out."

Events and gatherings could lead to some increase in the number of cases, he said, but this would apply to all sorts of other situations, not just football.