Vitor Pereira's plans may turn Fenerbahçe into a one-trick pony 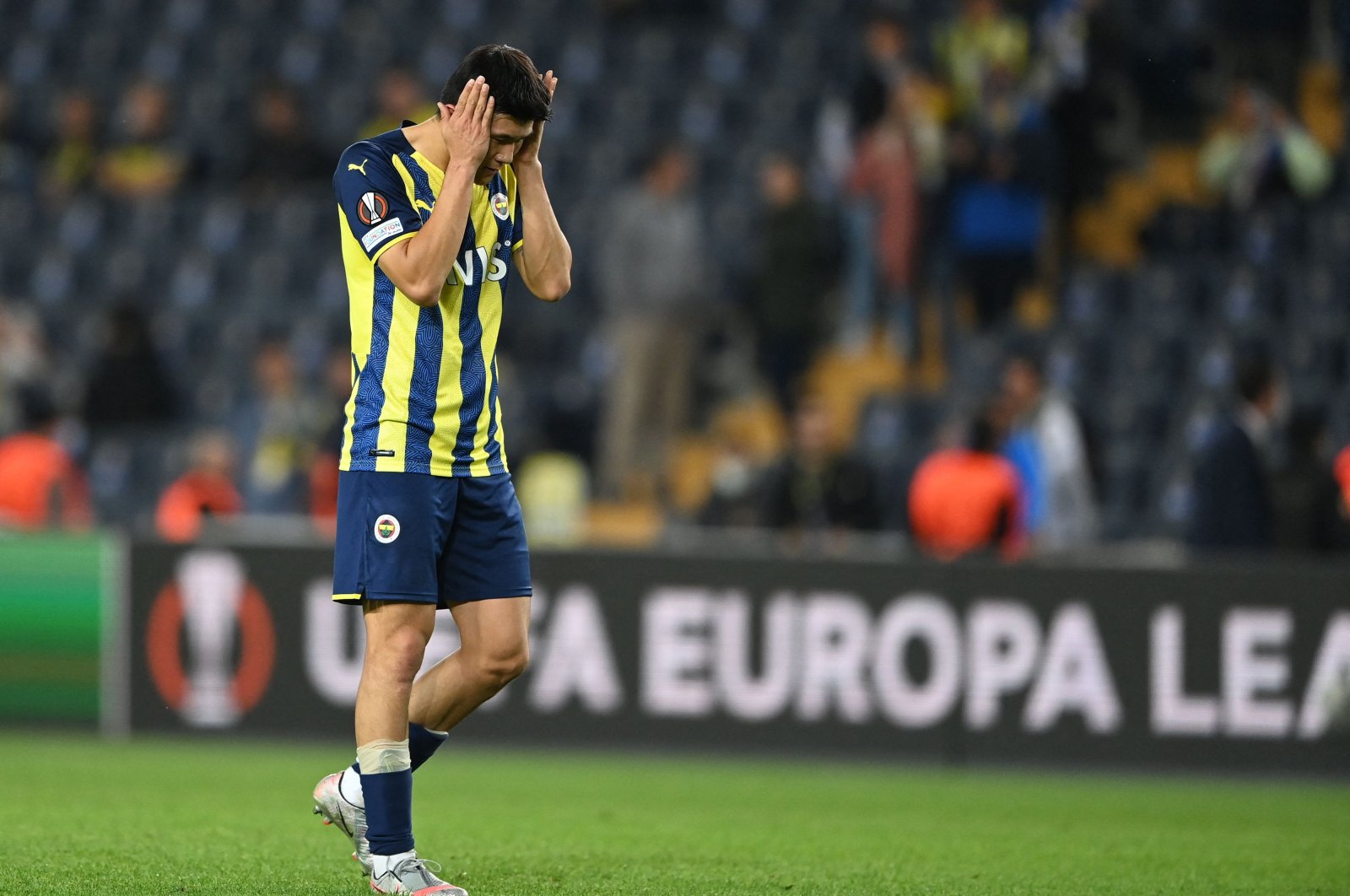 Fenerbahçe’s European campaign has suffered another setback after a bitter defeat against Olympiakos. The game was a good test for Fenerbahçe coach Vitor Pereira’s improvisation skills, but he failed it.

The Greek side made the score 3-0, and Fenerbahçe needed a miracle in the remaining 20 minutes. The substitution board lit up, and Pereira subbed Miha Zajc and Mergim Berisha. Even when his team was defeated 3-0 in Kadıköy, he did not consider changing his formation. He continued to stick to his game plan, replacing central midfielder Luiz Gustavo with Zajc and right winger Diego Rossi with Berisha. As in all of Fenerbahçe's seven league and four European games, he did not take a risk to change the course of the game.

Fenerbahce is a new team. Pereira has only been in charge of this team for a few months. He wants to play with a specific, repeatable strategy, and I respect that. I do not find it right to criticize Pereira's defensive trio preference or his defensive priorities. Building something new requires consistency – and making lots of mistakes. The core of Pereira's game is still stronger than many of his opponents in the Süper Lig.

However, Pereira should not forget that the optimum method of coaching in Turkey is a clever mix of long-term plans and daily solutions. Even though I argue that games are usually won in the planning and training phases, if you are down 2-0 against a team of your own level in Europe and you still cannot compromise your formation for just 25 minutes to try something else, it means your game is not versatile enough.

Mastering a game is one thing but being able to react to a situation at the moment is another thing. I think Fenerbahçe is at risk of becoming a one-trick pony.

It was also interesting to see that Fenerbahçe changed roles completely in its last two games, although it has not changed its strategy. Against Hatayspor over the weekend, Fenerbahçe faced a dominant opponent and won the game with only 34% possession and transition attacks. Olympiakos, on the other hand, forced Fenerbahçe to play like Hatayspor, and the result was bitter.

I think this match should be a milestone for Vitor Pereira. In some matches – or parts of them at least – he should be able to switch between different strategies, even though there is just one main strategy.

After all, football is still a very unpredictable game and long-term strategies show effects in the long term. For the short term, it is better to be prepared for multiple scenarios as the team is not ready to create solutions to multiple problems in one strategy yet.