Why Galatasaray collapsed against PSV 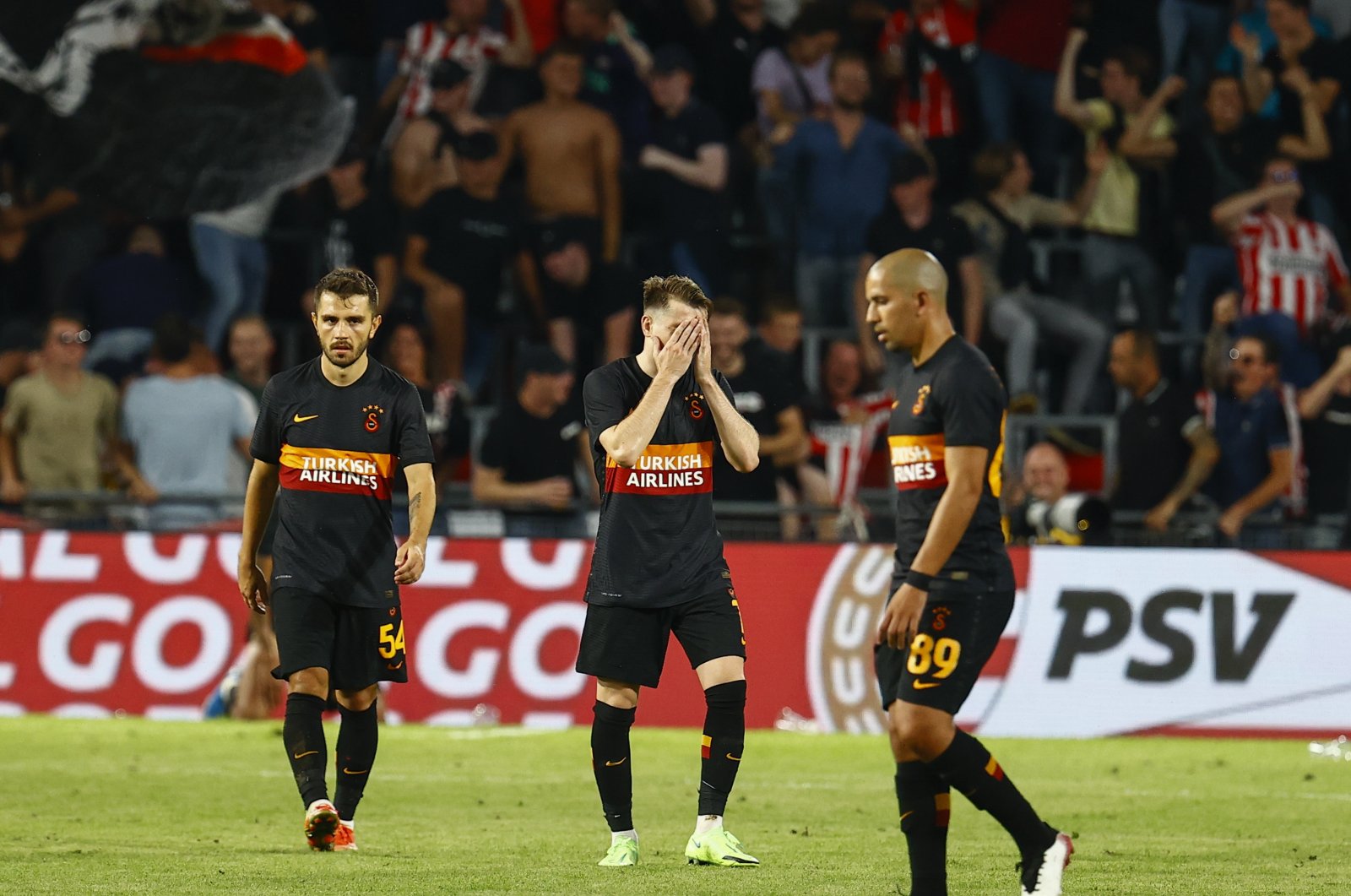 A 5-1 defeat is not a result to be taken lightly; excuses like "it was summer, the weather was hot, it was the beginning of the season" cannot be accepted, as all these conditions also apply to the opponent who scored five goals.

Conceding five goals from an opponent under the same conditions with a similar or even inferior squad is not a matter of the quality of the players either. Such defeats have an undisputed single address: The coach. A poor game always leads to such consequences. When the game is of poor quality, similar results are inevitable.

Anyone who paid careful attention to PSV's fluid wing game can easily see that the Dutch side’s brilliant performance was the result of an opportunity offered by its opponent. When PSV carried the ball and played to the flanks, five players controlled each wing. While five PSV players directly contributed to each defensive and offensive action on the wings, two players always created passing options for wing shifts.

This meant that PSV had no qualms about sending up to a mind-blowing seven players into the area with the ball to make its fluid wing game seamless. One can even argue that PSV played with a 3-7 strategy. This was a crazy strategy, reminiscent of the old days of total football where multiple players pressed the ball at the same time. The crucial question is: What was the source of this audacity from PSV manager Roger Schmidt?

If a coach has not completely gone crazy, the solid data of opponent analysis lies behind this daring act. Schmidt saw Galatasaray's inadequate build-up play within these data and crowned this observation with such a crazy game. Now that the result of the match confirms Schmidt, we can say his daring plan worked. PSV effortlessly defeated Galatasaray 5-1 in Champions League qualifiers on Wednesday.

In fact, we can easily agree with Schmidt's conclusions by asking another simple question: Which sophisticated plan did Galatasaray devise against PSV? In other words, did Fatih Terim start this match with a clear defensive strategy or an offensive strategy? The tragic state of Galatasaray in this game showed us that no plans were made.

Terim did not make a choice. According to Terim, this game can also be played without making a choice. Because higher squad quality makes such a plan obsolete. In Terim's game, his players are competent enough to respond to the demands of the game with their individual quality.

However, for some reason, Terim does not feel the need to review himself and his game, even though every match played at an international competition contradicts Terim’s views. He argued after the game that he needs three more years, despite being in charge since 2018.

I am wondering, where does a coach look when analyzing an opponent? What is meant by opponent analysis? Since the game of football has the same qualities in principle, a good coach focuses mainly on two things: First, how does your opponent structure their game to respond the needs of their strategy? Second, which parts of the field does your opponent's game use mostly? Of course, other sets of analysis should be also reviewed, but answering these two crucial questions is fundamental.

Had Terim analyzed PSV's game before, why would this result arise? What measures did he take to avoid this outcome? For example, which plan did Terim come up with against PSV's dynamic wing game? How many players did he assign to counter PSV's five-men play corridors? How many layers of defensive fortifications did he build? As these questions were not answered, the result was a bitter 5-1 defeat.