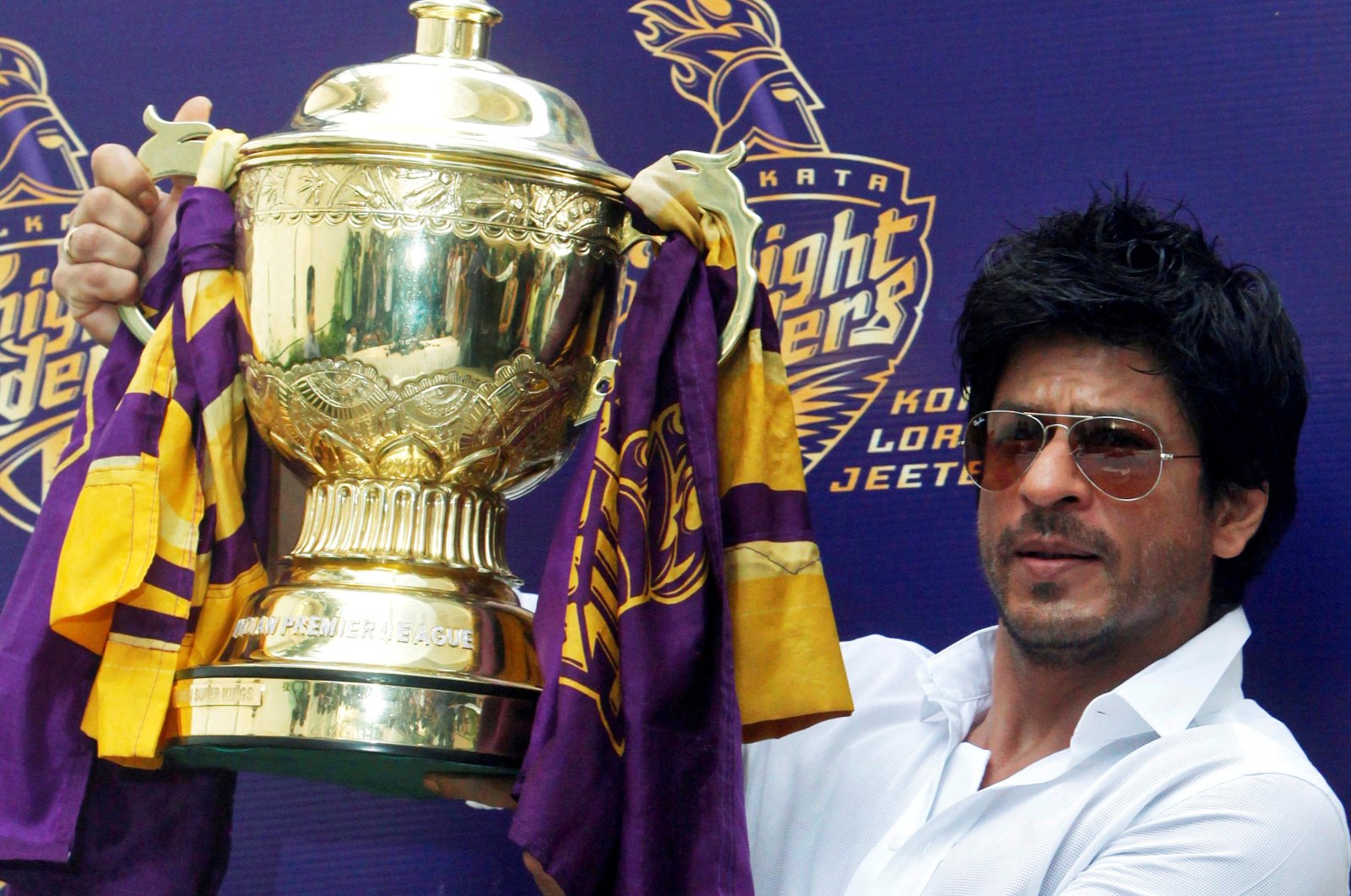 Bollywood actor Shah Rukh Khan displays the Indian Premier League (IPL) cricket trophy during a news conference at his residence in Mumbai, India, May 30, 2012. (Reuters)
by REUTERS May 04, 2021 12:06 pm
RECOMMENDED

The Indian Premier League, one of the world's most lucrative cricket tournaments, has been indefinitely suspended amid a worsening COVID-19 crisis in the country, the organizers confirmed Tuesday.

The organizing Indian cricket board (BCCI) and the IPL governing council made the decision at an emergency meeting.

"These are difficult times, especially in India, and while we have tried to bring in some positivity and cheer, however, it is imperative that the tournament is now suspended and everyone goes back to their families and loved ones in these trying times," the IPL said in a statement.

"The BCCI will do everything in its powers to arrange for the secure and safe passage of all the participants in IPL 2021."

The eight-team IPL, with an estimated brand value of $6.8 billion, is the richest Twenty20 league and attracts many of the best players from around the world to cricket-crazy India.

Monday's match in Ahmedabad had to be rescheduled after two Kolkata Knight Riders players tested positive for COVID-19 and two non-playing members of the Chennai Super Kings franchise contracted the virus in Delhi.

India's tally of coronavirus infections surged past 20 million on Tuesday, following 357,229 new cases over the last 24 hours, as the country battles a second wave of the disease.

Media reports earlier said the BCCI was considering shifting the remaining 31 matches of the eight-team tournament to Mumbai, which has three stadiums in and around the city, after coronavirus bubble breaches in Ahmedabad and Delhi.

Although the tournament was being played in a bio-secure bubble without spectators, the league faced fierce social media criticism for continuing in the midst of the pandemic.

Australia has since banned all arrivals from India until May 15 and the country's cricket board declined to comment when asked for its plans to bring back their players.

Before the league was suspended, the Australian Cricketers' Association said it would talk to the Australian government about the players' travel plans.