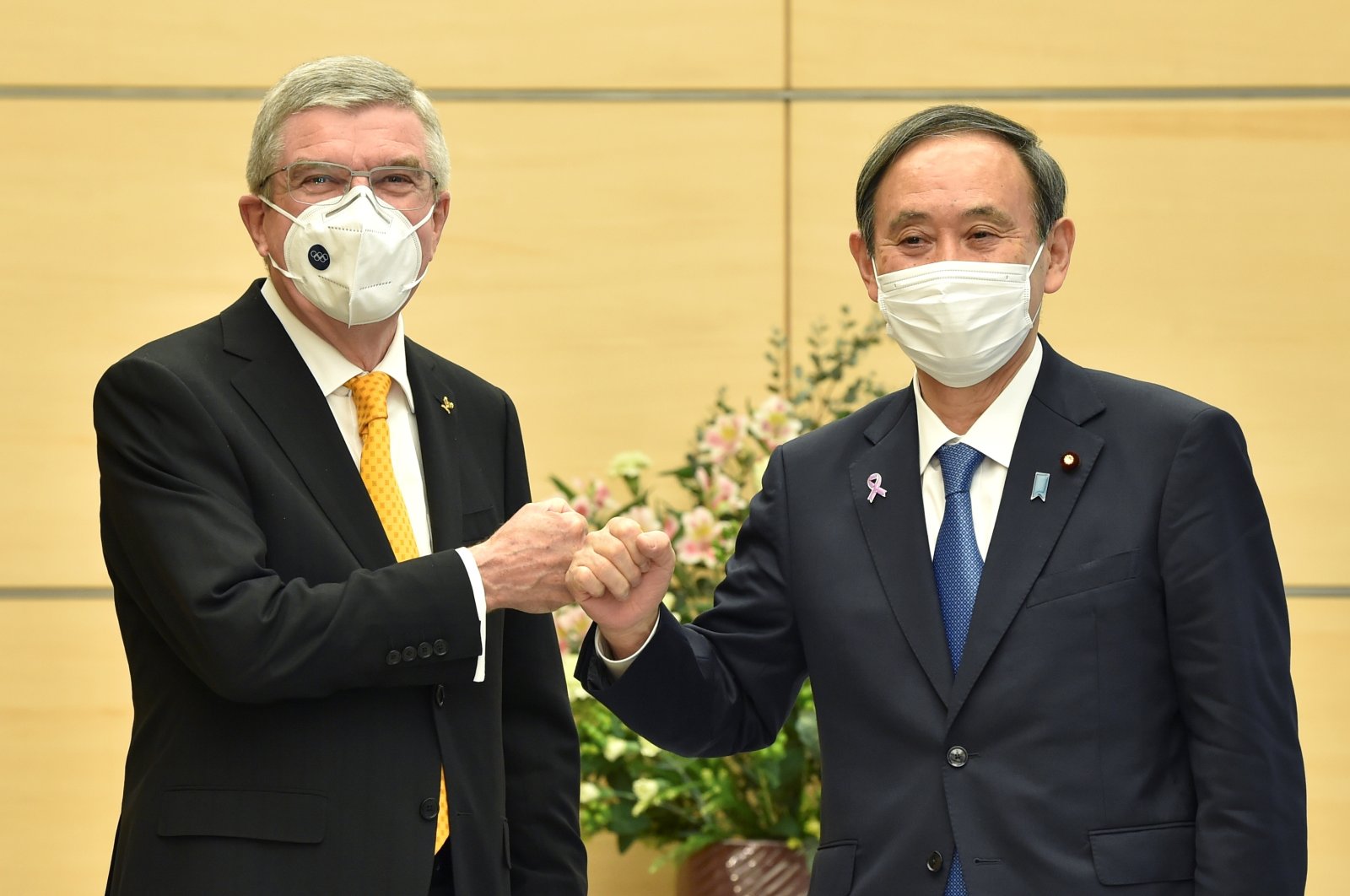 International Olympic Committee (IOC) chief Thomas Bach said Monday he is now "very, very confident" that spectators will be able to attend next year's Tokyo Olympics, as he kicked off a visit aimed at boosting momentum for the pandemic-postponed Games.

Spiraling infections and new lockdowns around the world have renewed skepticism that the massive international event will be possible if the pandemic is not under control by opening day, now scheduled for July 23, 2021.

But organizers and Japanese officials have insisted that they can hold the event and are drawing up a raft of coronavirus countermeasures intended to make the games safe even if the pandemic is not over.

"We are putting really a huge toolbox together in which we will put all the different measures we can imagine," Bach said, after meeting Japanese Prime Minister Yoshihide Suga for talks that began with the two masked men fist-bumping for the cameras.

"Next year ... we will be able to take (the) right tools out of this toolbox and apply them in order to ensure a safe environment for all participants in the games."

"This makes us all very, very confident that we can have spectators in the Olympic stadia next year," Bach said.

The Olympic chief also pledged that the IOC would "undertake great efforts" to make sure as many participants and spectators as possible are vaccinated before arriving in Japan if a vaccine is available by next summer.

Bach, on his first trip to Tokyo since the games were postponed in March, is hoping to convince athletes, Japanese citizens and Olympics sponsors that the games can be held safely next year.

Polls show a majority of Japan's public believe the games should be postponed further or canceled altogether. And more than 60% of domestic sponsors have yet to commit to extending their contracts for another year, domestic media reported this weekend.

'Light at end of the tunnel'

But there are glimmers of hope for organizers and Japanese officials, who have insisted a further delay is not on the table and that cancellation is not being discussed.

News last week of favorable results in a late-stage vaccine trial were welcomed by Tokyo 2020 officials as a "relief," though organizers cautioned that they will continue to prepare measures to hold the games even without a vaccine.

And Tokyo this month successfully staged a four-nation gymnastics competition, its first international sporting event during the pandemic, hailed as proof the games are possible.

In a possible preview of the restrictions Olympic athletes may face, gymnasts from the U.S., China and Russia traveled on charter planes and were restricted to designated hotel floors, assigned buses and competition venues.

Athletes had to isolate themselves before coming to Japan and test negative 72 hours before arrival. They were also tested every day after their arrival.

Spectators at the event had to wear masks, sanitize their hands and undergo temperature checks and were told not to shout or cheer.

A coronavirus taskforce grouping Japanese government officials and Olympic organizers has proposed measures including limiting athlete movement and banning cheering in venues. Final decisions on rules are not expected before next spring.

Japan's government has maintained a steadfastly upbeat position on the prospects for the games, with Suga reiterating Monday that they would go ahead and serve "as proof that mankind overcame the virus."

"Together we can make this Olympic Games and the Olympic flame the light at the end of the tunnel that we are all in during this coronavirus crisis," added Bach.