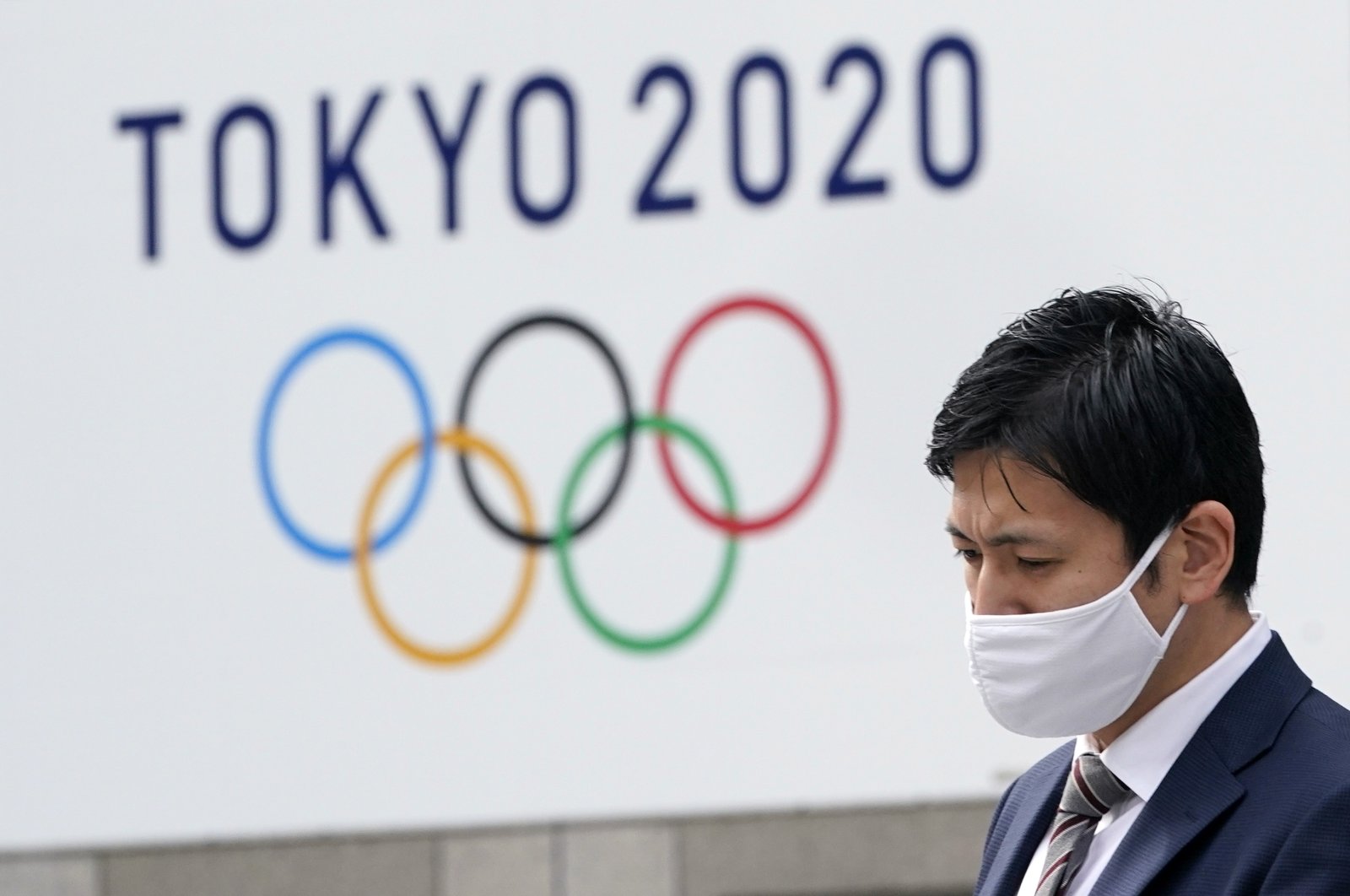 A man walks past a Tokyo Olympic Games advertising board outside the Tokyo Metropolitan Government Office in Tokyo, Japan, Jan. 27, 2021. (EPA Photo)
by ASSOCIATED PRESS Jan 27, 2021 11:50 am
RECOMMENDED

This is the rule book that the IOC and Tokyo organizers are set to roll out next week to explain how 15,400 Olympic and Paralympic athletes and tens of thousands of others will try to safely enter Japan when the Olympics open in just under six months.

Organizers and the International Olympic Committee are finally going public with their planning, hoping to push back against reports the Olympics will be canceled with Tokyo and much of Japan still under a state of emergency with COVID-19 cases rising.

The rollout at Olympic headquarters in Switzerland is planned for Feb. 4, with Tokyo likely to present on Feb. 5.

“We created four different scenarios, one that had travel restrictions, clusters – to one where the pandemic was nearly gone,” Lucia Montanarella, head of IOC media operations, explained Tuesday for a panel discussion held by the International Sports Press Association.

“The present scenario is very much like one of those that we'd created, with the pandemic still among us, and some countries being able to contain it, some not.”

The playbook will be about creating safe bubbles in Tokyo and will be updated with changing protocols as the July 23 opening gets closer. The Paralympics are scheduled to open on Aug. 24.

Athletes and those traveling to Japan – coaches, judges, media, broadcasters, VIPS – are likely to face some self-quarantine period before they leave home. This will be followed by tests at the airport, tests arriving in Japan and frequent testing for those staying in the Athletes Village alongside Tokyo Bay.

A major unanswered question involves fans. How many fans will be allowed into venues? Will fans from abroad be permitted?

Olympic Minister Seiko Hashimoto said Tuesday that the decision will be announced “by the spring.” Fewer fans mean more costs for Japan. The local organizing committee expected to receive $800 million from ticket sales. Any shortfall will have to be made up by Japanese government entities.

Craig Spence, a spokesperson for the International Paralympic Committee, said organizers must get the support of the Japanese public amid polls that show 80% of those surveyed think the Olympics should be canceled or postponed.

“If you are an athlete or a stakeholder, you will not be able to get on a plane until you provide a negative test,” Spence told Associated Press. “When you see the number of tests we are going to do (on-site), that should reassure people.”

IOC President Thomas Bach, who has said vaccines are not “obligatory," is still pushing for all participants to be vaccinated. The World Health Organization said earlier this week that Olympic athletes should not be a priority ahead of health care workers, the elderly and the vulnerable.

The IOC has had its high-profile members speaking publicly.

IOC member Sebastian Coe was on Japanese television on Wednesday, and IOC member Dick Pound suggested last week the “most realistic way of going ahead” was prioritizing athletes. He received strong opposition.

The IOC receives almost 75% of its income from selling broadcast rights. Tokyo could be worth $2 billion to $3 billion in rights income, making Japan's games a financial imperative – even if it becomes a primarily television-only event.

“It is a difficult project with a number of demands,” IOC executive board member Gerardo Werthein told the Argentine news site Infobae. “Circumstances force us to do these things, and it is a great challenge."

Japan has more than 5,000 deaths attributed to COVID-19, but its health care system is under stress with deaths and new cases rising. A vaccine rollout is expected next month, but later in spring for much of the general public.

The president of the Japan Medical Association sounded a warning last week when asked about the Olympics and possible patients from abroad.

“Many people will come from abroad, and it’s a huge number, even with just the athletes,” Dr. Toshio Nakagawa said. “In this situation, if coronavirus patients appear among them as a collapse of the medical system is happening and is spreading, it will not be possible to accept them. Unless a miracle happens, such as a vaccine rollout suddenly succeeding, or a cure is suddenly found, we are not able to accept more patients.”