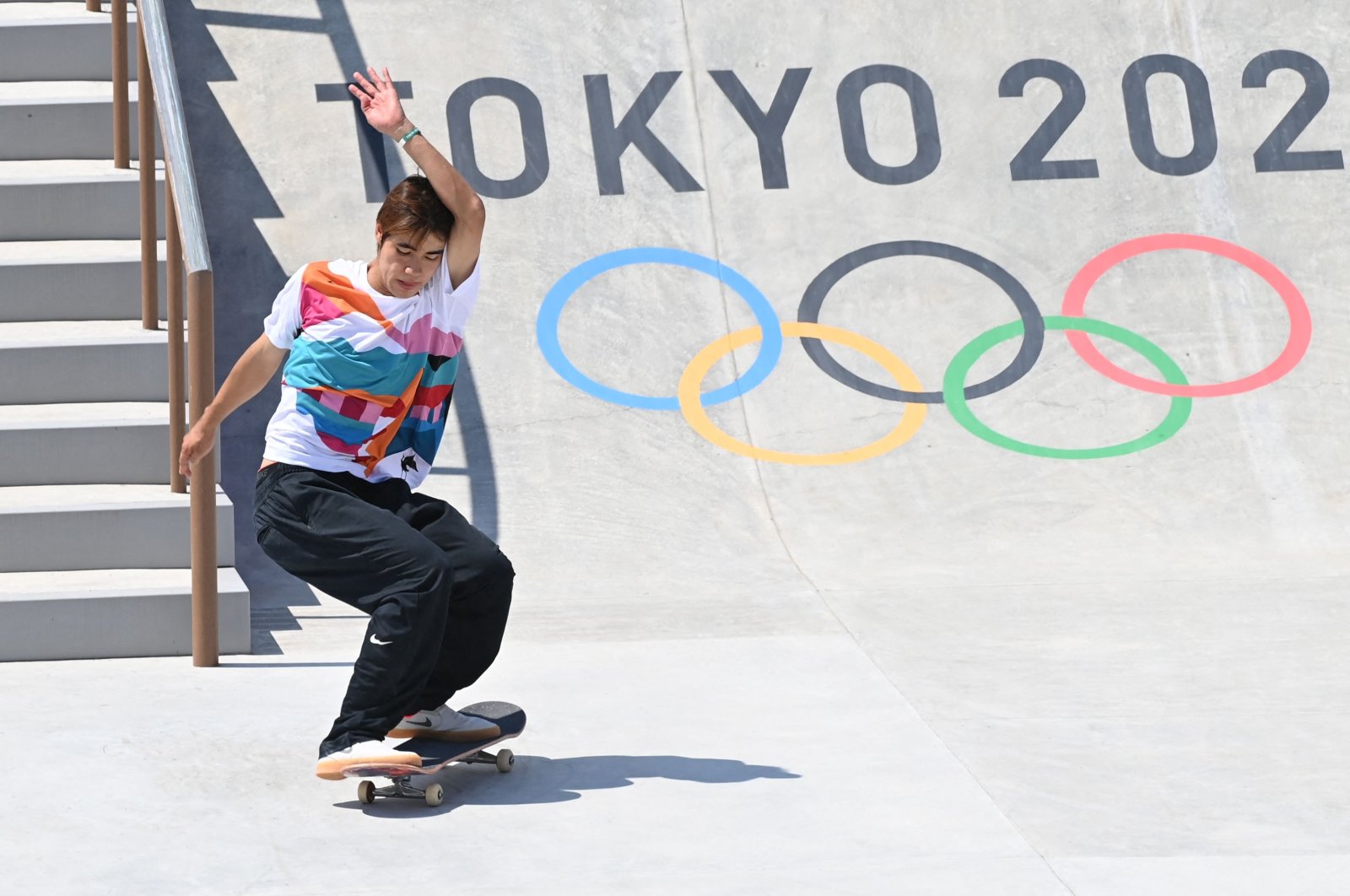 The 22-year-old, who grew up just a stone's throw from the Olympic venue, landed three huge tricks in a row to eclipse American favorite Nyjah Huston, who imploded to finish seventh.

In searing heat at Ariake Urban Sports Centre, Horigome finished with scores of 9.35, 9.50, and 9.30 for a total of 37.18, with Brazil's Kelvin Hoefler second and U.S. skater Jagger Eaton third.

"This is special because it was held in Koto City, where I was born," said Horigome. "For me, it's very meaningful, very inspiring."

But there was disappointment for Huston, the much-hyped multiple world champion, who ended with four straight falls in the tricks section as he wound up second-last in the final.

The competition took place in front of rows of empty blue seats at the purpose-built arena, with fans barred from most Olympic events over the coronavirus.

It was the first of four gold medals to be handed out in skateboarding's Olympic debut, with women's street to be contested Monday followed by the men's and women's park competitions.

"There's an extra pressure here," Huston said. "I've been skating pro-contests for 15 years now but there's Street League, X Games, but if you compare that to the Olympics there's no comparison."

Head in his hands

Huston flirted with disaster in the heats when he fell on his first run and botched his first two of five attempts at a one-off trick. But he fought back with a 9.13 and 8.96 to make the final in third place, with Horigome sixth.

In the final, Horigome had his head in his hands after a mistake on his first run, and the world No. 2 fell twice in his second run before recovering his poise in the tricks section.

The free-flowing Japanese reeled off four scores over 9.0, interrupted by a fall on his second trick, tracked by Hoefler and Eaton as Huston faltered.

The skating was contested on ramps, rails and ledges on an undulating, unshaded stretch of concrete baking in 33 degrees Celsius (91 degrees Fahrenheit) heat near Tokyo Bay.

Skaters each had two 45-second runs on the equipment and five shots at a one-off trick. Their best four scores out of the seven make up their final total.

Olympic competition crowns a long journey for the counterculture pursuit, which emerged as "sidewalk surfing" – an alternative to surfing – in California in the 1950s.

After decades of organic growth, skateboarding was included in the inaugural X-Games, created by broadcaster ESPN, in 1995, paving the way for an increasingly slick and organized sport.

"Considering that snowboarding has been in the Olympics since 1998, I'm surprised it took this long for them to figure it out," skate legend Tony Hawk, speaking in Tokyo this week, said of skating's Olympic inclusion.

"I believe they needed a youthful energy to the summer Games and it's overdue."