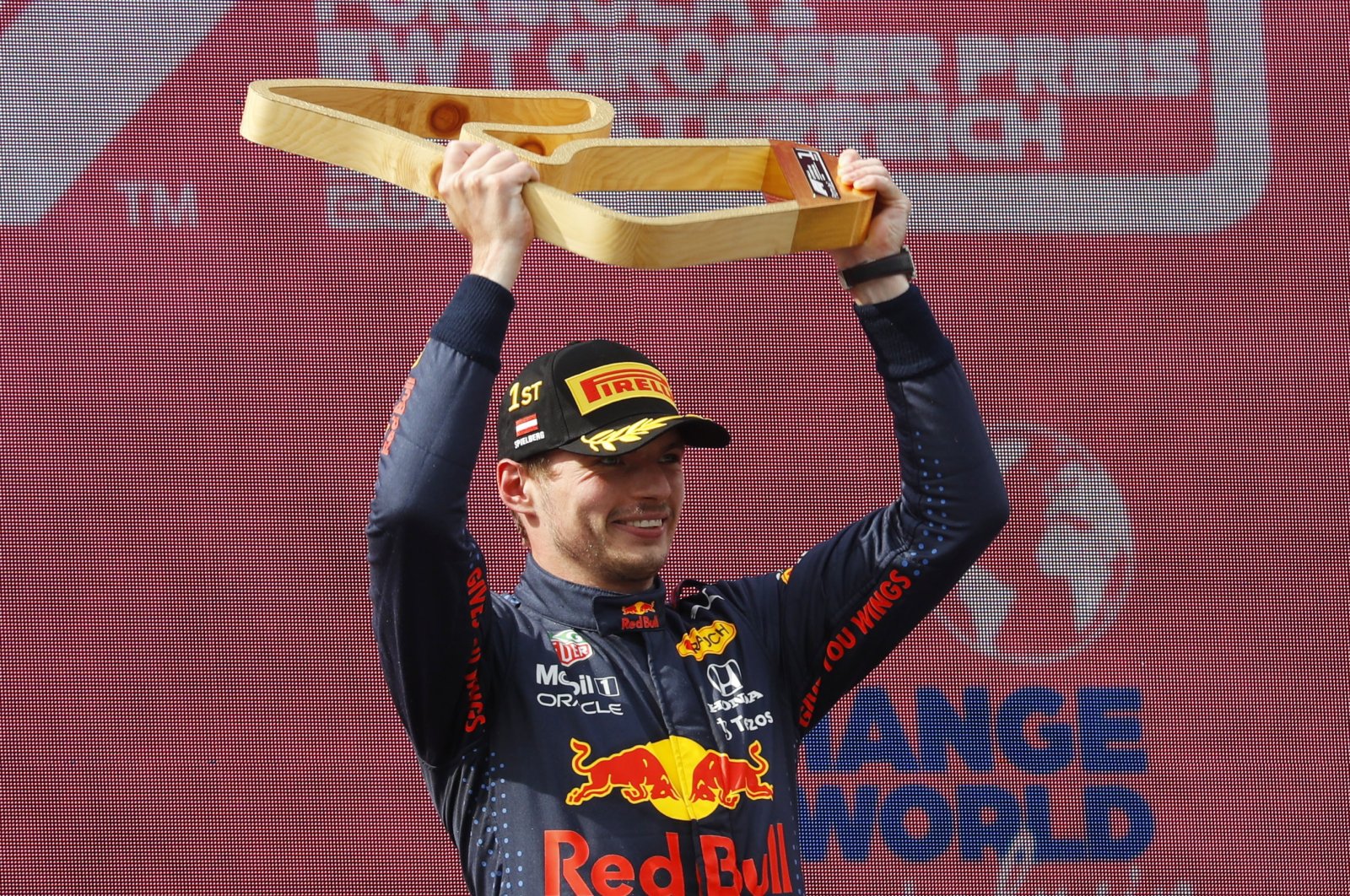 A dominant Max Verstappen won the Austrian Grand Prix from pole position Sunday, picking up a third straight victory and opening up a 32-point lead over current champion Lewis Hamilton after nine races.

It was the fifth overall win for Red Bull's Dutch driver compared to three for Hamilton, who dropped down from second place to fourth late on after going too wide on a turn and rolling over a kerb, damaging one of his tires.

His Mercedes teammate Valtteri Bottas finished second ahead of McLaren's Lando Norris, who clinched the fourth podium of his career on the same track where he secured his first last year.

The 2020 top-three finish made him the youngest British driver on a podium and third-youngest overall behind Lance Stroll and Verstappen. The ultra-consistent Norris is the only driver to have scored points in every race this season.

Hamilton has not won since the Spanish GP two months ago, a dismal streak of five races for the defending champion seeking a record eighth F1 title. All of those have gone to Red Bull, with Sergio Perez taking the other.

This was another crushing success for Verstappen on at the Red Bull ring, his team's home track and with thousands of his orange-shirted fans cheering on his 15th career win. He also won here last weekend at the Styrian GP.

Verstappen clinched his third straight pole Saturday and got away cleanly again for another lights-to-flag win, the way Hamilton has so often done.

A great day for him and his adoring fans was completed by a bonus point for the fastest lap.

Meanwhile, Hamilton's wait for a 99th F1 win continues and he will hope for a change of fortune at the British GP in Silverstone in two weeks' time.