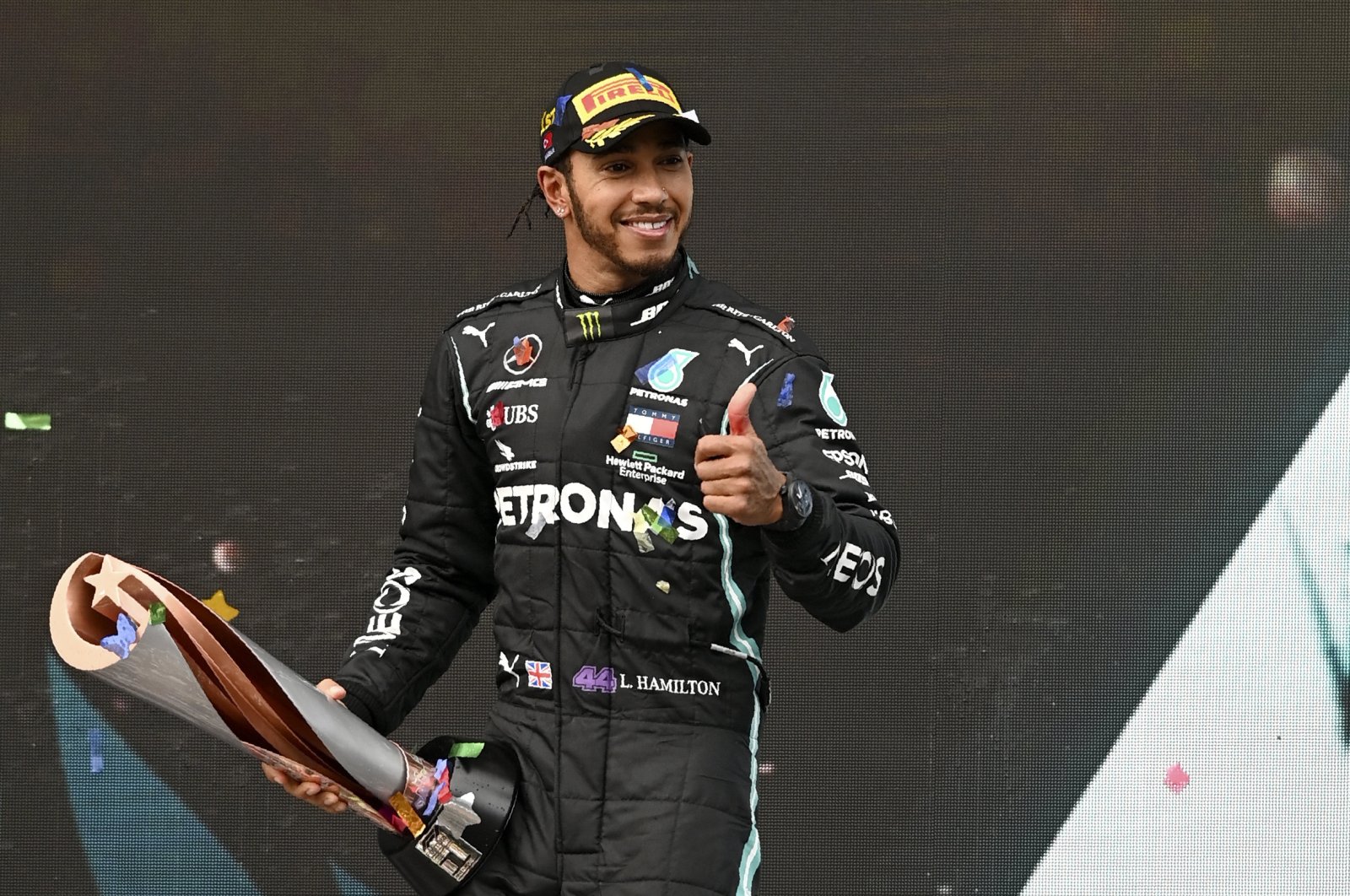 Formula One world champion Lewis Hamilton has hailed the one-off Turkish Grand Prix last year as his favorite race of the 2020 F1 season.

The 36-year-old added that the Turkish Grand Prix was also the toughest and brought out his best performance last season.

Speaking with INEOS, a U.K.-based petrochemicals company and sports team, it was Hamilton's first interview since signing a new one-year deal with Mercedes on Monday.

Hamilton had clinched a record-equaling seventh Formula One title at the Turkish Grand Prix on Nov. 15 which marked the sport's return to the country in nearly a decade.

With the victory, the Brit stood alongside F1 great Michael Schumacher on seven titles.

Seemingly in tears when he spoke on the team radio moments after crossing the line in Istanbul. "That's for all the kids out there who dream the impossible," Hamilton said. "You can do it."

"I'm definitely a bit lost for words," Hamilton was quoted as saying by The Associated Press (AP). "I dreamed of this as a kid. This is way, way beyond our dreams."

He had started from the sixth place but took advantage of errors and poor tire strategies from other teams to win a fourth straight race and 10th of another hugely dominant season.