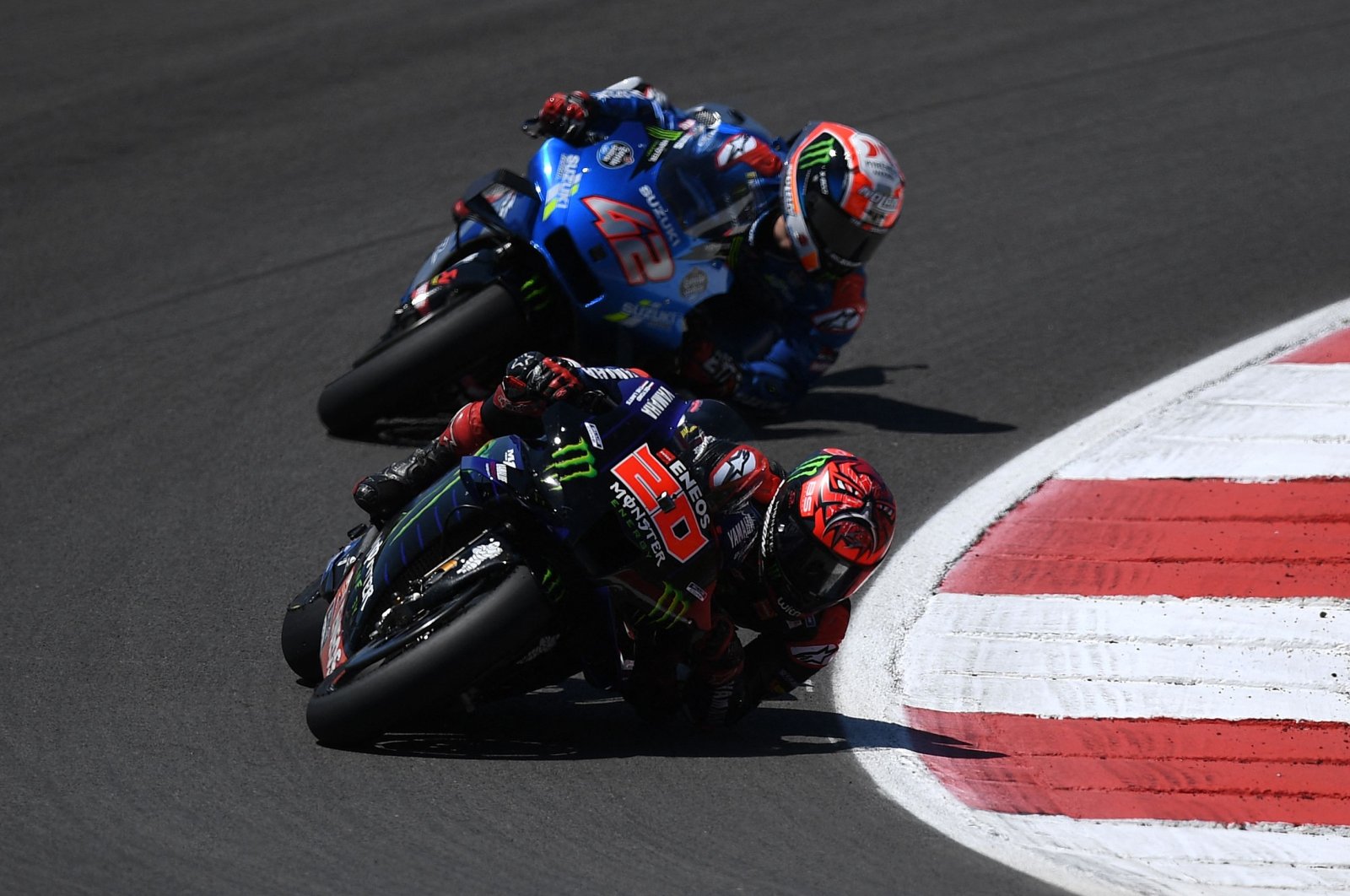 The Frenchman moved into the championship lead with the victory at the Algarve circuit.

Quartararo's celebration after the race included what appeared to be an imitation of Cristiano Ronaldo's goal celebration.

Marquez had a lackluster race in his return after breaking his right arm at the Spanish GP last summer. He missed the rest of last season and the first two races this year.

The Spaniard jumped to fourth at the start and was as high as third during the first lap, but he made contact with another rider on the second lap and eventually dropped to ninth place. He kept a decent pace but could only make up a few positions, finishing just ahead of brother Alex Marquez and received a round of applause from the members of his team after the race.

Quartararo lost ground early on but was back in front by the halfway point of the race in southern Portugal, holding on for his fifth MotoGP win. He was coming off a win in Qatar two weeks ago.

Jack Miller and Miguel Oliveira crashed early in the race, while Alex Rins fell later when he was near the front.

Veteran Valentino Rossi also crashed to add to his struggles at the start of the season, while Johann Zarco – the championship leader coming into the Portuguese GP – went down with six laps to go while fighting at the top.

Zarco had finished second in the first two races of the season, both in Qatar. Maverick Vinales won the season-opener.

It was the third straight win for Yamaha this season.