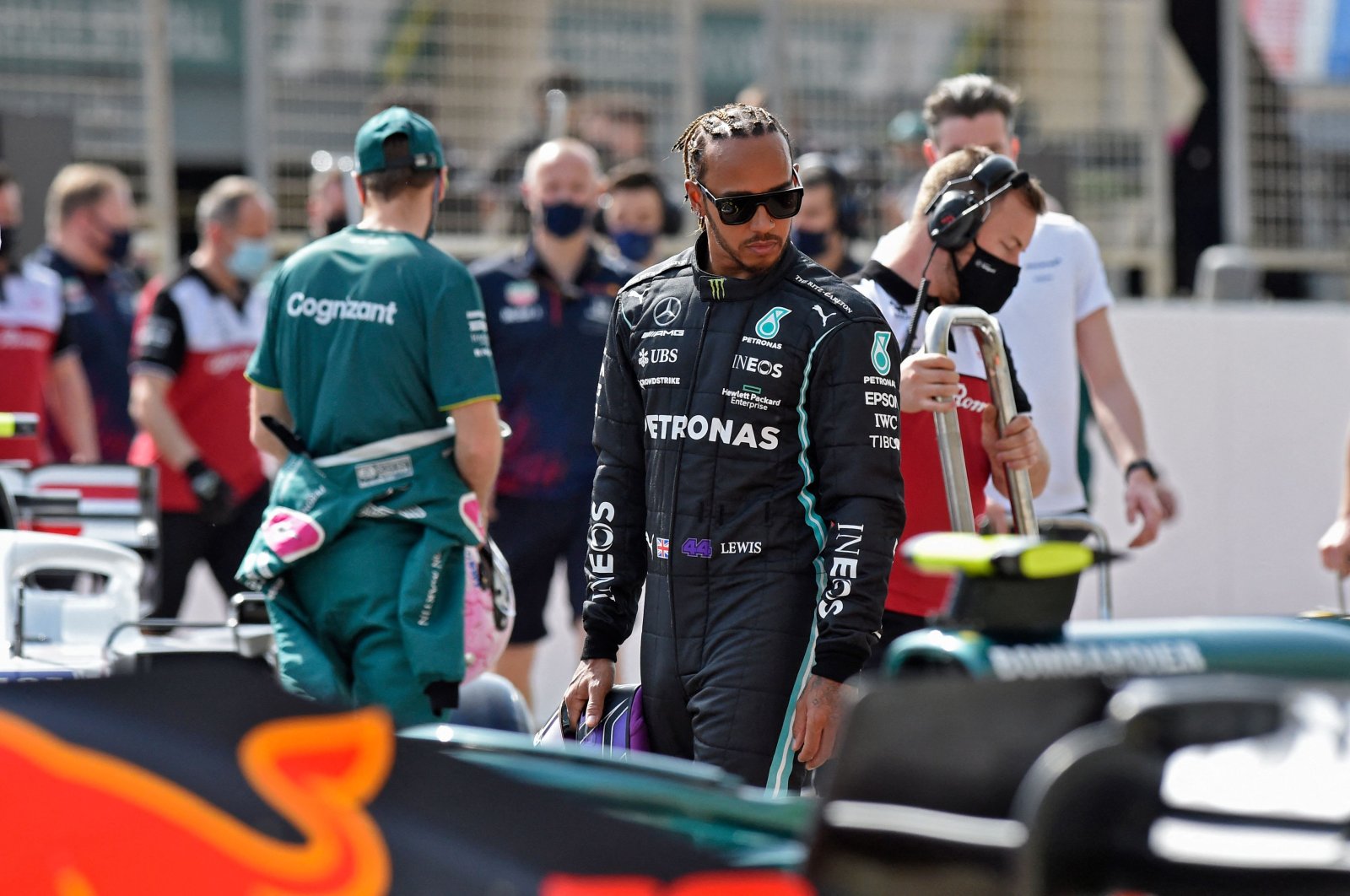 Red Bull is looking particularly strong and will be a "different animal" this season with Sergio Perez alongside Max Verstappen, seven-times Formula One world champion Lewis Hamilton said Sunday.

Experienced Mexican Perez, a winner in Bahrain last December, has joined Red Bull from the team that was Racing Point and is now Aston Martin, as a replacement for Thai racer Alexander Albon.

Hamilton, whose Mercedes team started the last day of the three-day test in Bahrain with fewer laps completed than others after a gearbox problem Friday, said he was excited at the prospect of a real battle.

Mercedes has won the last seven drivers' and constructors' titles and Hamilton, 36, is chasing a record eighth championship this year.

"It's quite impressive to see the speed of some of the other teams. I think Red Bull are looking particularly strong," Hamilton told reporters.

Verstappen, who was fastest on Friday with Perez quickest on Sunday morning, said Mercedes was still the favorite.

Hamilton said Red Bull, who won four titles in a row between 2010-13, could also be a favorite.

"They've had some really good running, both drivers have been looking quite strong. They are going to be a different machine or animal this year with a really good, strong line-up and a really good car," he added.

"Having seen them win the last race, you can imagine they are going to be right there in the first race and it's going to be a great long battle with them through the year."

Verstappen won the final race of 2020 from pole position in Abu Dhabi after Perez won the Sakhir Grand Prix. Hamilton and Mercedes' most recent win was the Bahrain Grand Prix in November.

Hamilton said he was not wasting any time worrying about testing setbacks.

"We’re just working hard and focusing on getting through the short amount of testing we have and trying to be as efficient as possible," he said.

"It’s better that it doesn’t go smooth now and goes smooth once we get into the racing scene. So this is the perfect time for us to find the issues and have the problems. And so I welcome that.

"No-one’s particularly fazed by it. We’re a multi-championship-winning team and we know how to pull together and keep our head down and focus on the job."