Hamilton piles pressure on Verstappen ahead of F1 Monaco GP 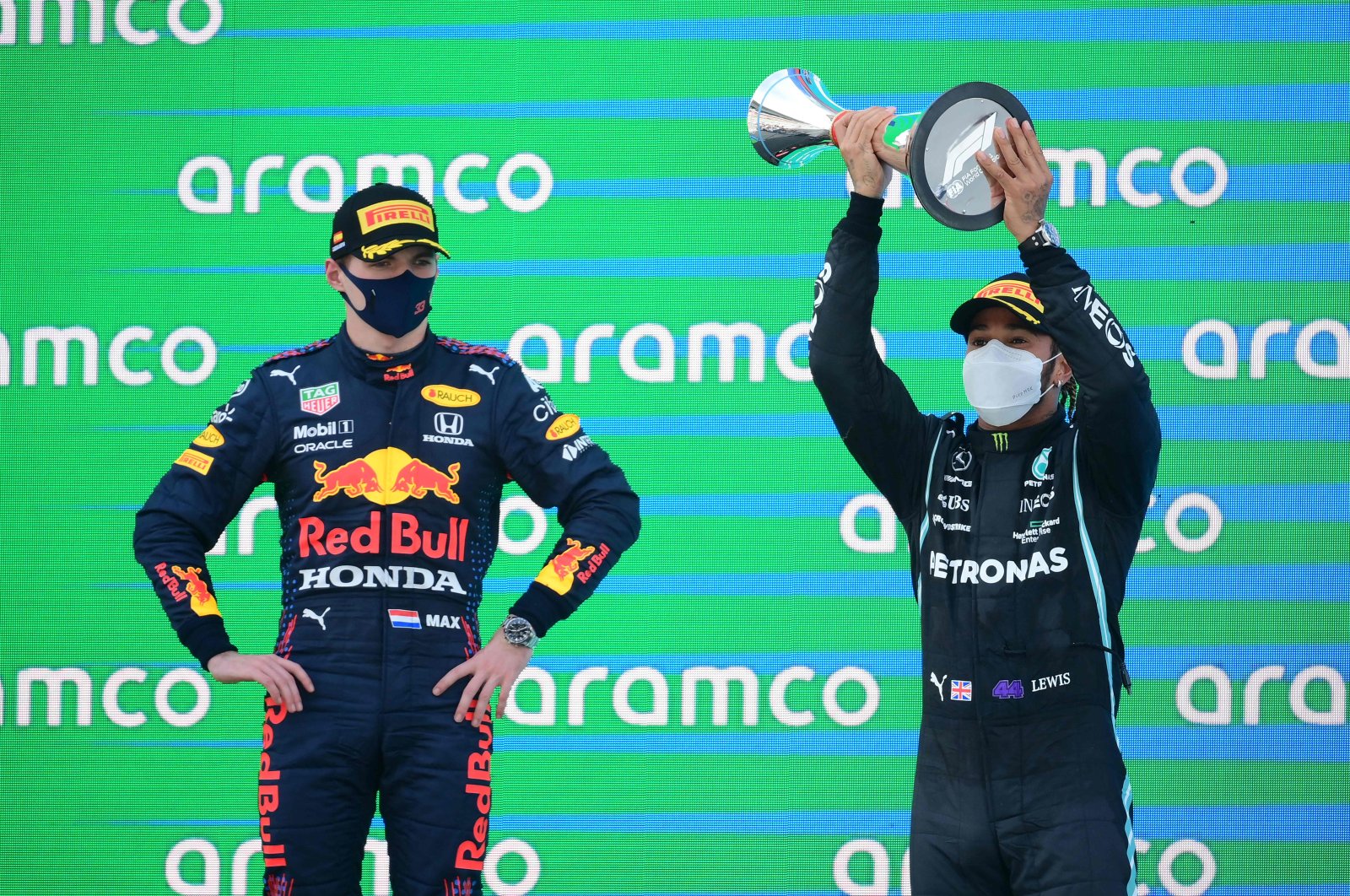 Formula One world champion Lewis Hamilton is turning the heat up on title rival Max Verstappen ahead of this weekend's Monaco Grand Prix, after four close races this season.

Hamilton is aiming for a record eighth F1 title to move one ahead of Michael Schumacher, and he leads the championship by 14 points ahead of Verstappen, who is seeking his first.

The British driver leads Verstappen 3-1 in wins so far, but each race has seen them finish 1-2. Verstappen could have won the first in Bahrain only to give the position back after going outside of track limits near the end.

At the next one, Hamilton damaged his Mercedes trying to fend off Verstappen's superb start into the first corner of the Emilia Romagna Grand Prix.

The nature of the wheel-to-wheel racing has thrilled fans, but also prompted Hamilton to say he's been fortunate to avoid crashes with the daredevil Verstappen.

"I think I have done well to avoid all the incidents,” Hamilton said Wednesday. "But we have 19 more (races left) and we could connect. He feels he perhaps has a lot to prove. I’m not in the same boat.”

Hamilton has already sealed a record-extending 100th pole position and is aiming for his 99th win. He puts his longevity down to a calm approach.

"I am more long-term, it’s-a-marathon-not-a-sprint sort of mentality, which is ultimately why I have the stats I have,” the 36-year-old British driver said. "I will continue with that and do everything to make sure we avoid connecting (on the track).”

But as the youngest winner of an F1 race at 18, and with 11 race wins already at the age of 23, Verstappen did not take very kindly to Hamilton's claim that he's trying to impress people.

"I have nothing to prove and avoiding contact goes both ways. So we have (both) done well," the Dutch driver said. "We race hard, we avoided the contact both sides. Let’s hope we can keep doing that and keep racing hard against each other.”

Verstappen has never won the Monaco GP but expects Red Bull to be strong in Saturday's qualifying on a track where taking pole is crucial, since overtaking is extremely hard on the sinewy 3.4-kilometer (2.1-mile) street circuit.

"We’ve had a competitive start, so I just hope that it’s going to be the same here,” Verstappen said. "I’m sure that we will have a competitive car.”

Hamilton expects a strong challenge from Red Bull, which won in Monaco three years ago and has increased its speed since then – even though it still falls short of Mercedes.

"This is a track that has always been strong for them and given how close the gap is between us, you can imagine this weekend they could be ahead," Hamilton said. "But we are going do everything we can to make sure that is not the case.”

Hamilton's teammate Valtteri Bottas has taken one pole position but has yet to challenge for a win this season, and the Finnish driver's title hopes already look bleak in what could be his last season with Mercedes.

He is third overall with 47 points, exactly half the tally of Hamilton, who won the previous race here in 2019.

It was canceled last year because of the coronavirus but some fans will be allowed this time, starting at Thursday's two practice sessions.