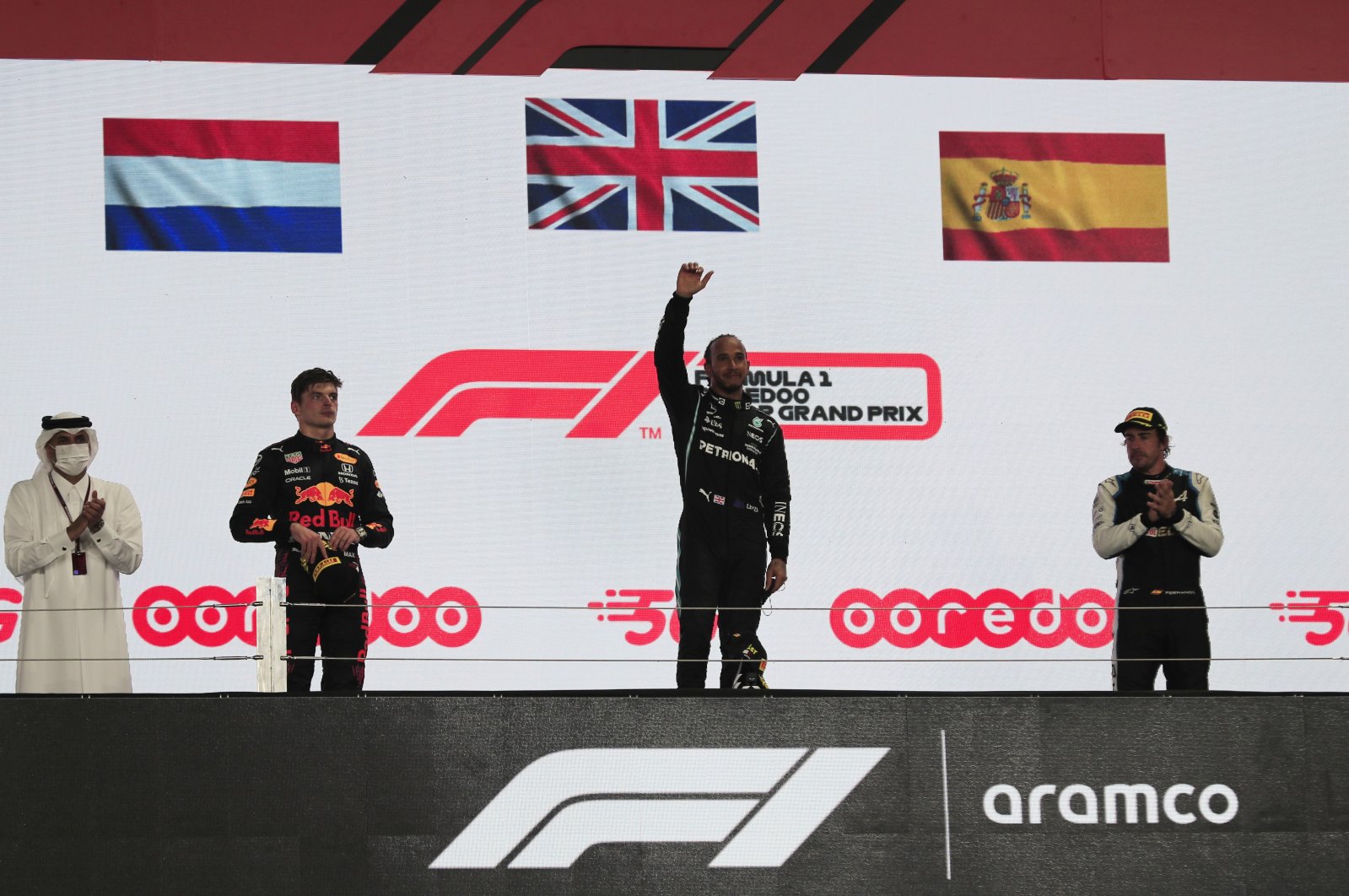 Lewis Hamilton moved a step closer to become the Formula One champion after winning the inaugural Qatar Grand Prix to chip away at Max Verstappen's points advantage.

It was the second consecutive win for Hamilton, who has trimmed 17 points from Max Verstappen's lead in the title race in a week. Verstappen still holds an eight-point lead with two races remaining in one of the most dramatic F1 title fights in at least a decade.

The seven-time champion started from pole for Mercedes and was never challenged on the Losail International Circuit as Hamilton won his 102nd career race. It was his seventh victory of the season.

Verstappen was hit with a penalty before the race even began when he was dropped five spots on the starting grid for violating a yellow flag in Saturday's qualifying. The Dutchman had qualified second but the stewards ordered him to drop back on the grid following Sunday hearings for Verstappen, Valtteri Bottas and Carlos Sainz.

All three were accused of not following yellow flag rules near the end of qualifying. Bottas, who had qualified third, was penalized three starting sports. Sainz was not penalized.

Red Bull was mystified by the grid penalty for Verstappen, who lost any chance to challenge Hamilton for the win when he was penalized. Red Bull principal Christian Horner said Verstappen did not see the yellow flag when it was displayed for Pierre Gasly’s punctured tire late in qualifying.

Horner blamed “a rogue marshal that stuck a flag out and he’s not been instructed to by the FIA. They’ve got to get control of their marshals, it’s as simple as that.

“We’re really struggling to understand it,” Horner said. “That’s a crucial blow in this world championship for us, we’re now starting P7, that is massive. There needs to be grown-ups making grown-up decisions.”

Despite the penalty, Verstappen needed only five laps to recover and drive back to where he was originally slated to start. But he still finished 25 seconds behind Hamilton in second.

Fernando Alonso of Alpine finished third for his first podium since 2014. He was aided by the pre-race penalties to Verstappen and Bottas, which moved the Spaniard up to third on the starting grid.

Sergio Perez finished fourth to help Red Bull in its push to beat Mercedes for the constructors championship.