Mercedes unveils its new Formula One car for 2021 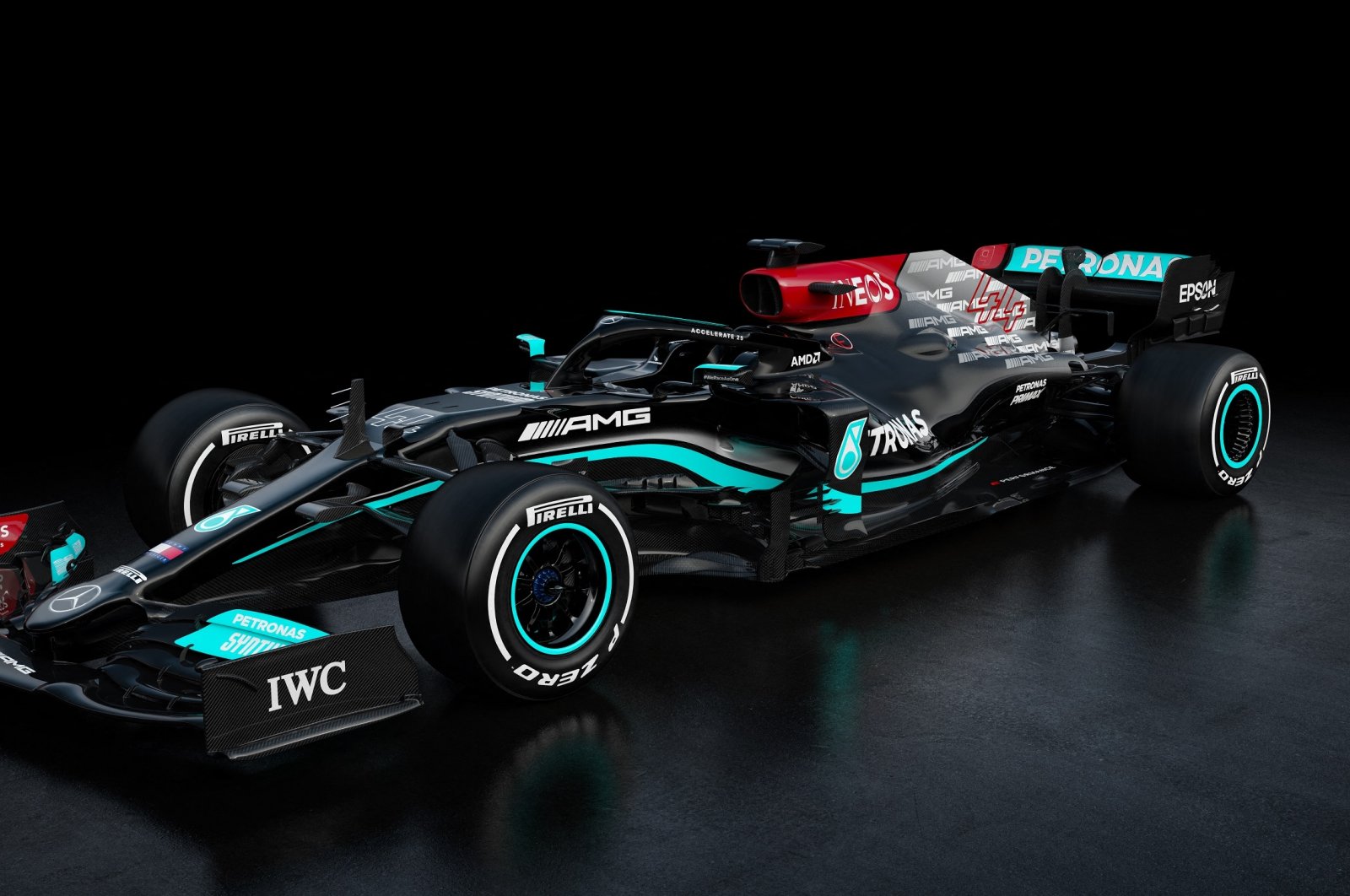 Mercedes unveiled their new car for the 2021 Formula One season Tuesday, as they chase a record-extending eighth consecutive constructors' championship title.

Mercedes' traditional silver color made a partial return on the engine cover, but the W12 will retain the special black livery, which was switched before the 2020 season starts to support the fight for diversity and against racism.

The cause has been particularly embraced by seven-time world champion Lewis Hamilton throughout the season.

"The main priority [this year] is really pushing for diversity and make sure action is taken, but also to win," Hamilton said.

"The black livery we had last year became an iconic livery and we're very proud about the message and also how it looked," team principal Toto Wolff said.

"This year is very similar but the silver is sneaking back. At the end of the day, it's the Silver Arrow, that's our heritage," added Wolff, who was tested positive for the coronavirus over the winter break but had only mild symptoms.

Hamilton took his time before signing a new deal with Mercedes, doing so much later than planned in February, and decided to take just a one-year contract.

"I've been in a fortunate position where I achieved most of the stuff that I wanted to achieve up until this point. So there's no real need to plan too far ahead in the future," Hamilton explained.

But Wolff doesn't want to wait too long before starting new contract talks with the Briton.

"We'll talk very soon to find out what we want for the future," Wolff said. "It's likely that Lewis will want to continue because he enjoys driving."

The new car, which will be driven by Hamilton and Valtteri Bottas, carries over most of last season's technology as an F1 regulation change was postponed to 2022 due to the coronavirus pandemic.

But Hamilton warned: "We had a downforce adjustment so the car won't be that fast on the get go. And we got tyres that are not as fast as the previous season."

Questioned about the red target on his seat, which is aimed by several other drivers, Bottas said he's ready to defend his position.

"I'm ready, full focus on my own targets and the targets for us as a team," he said, adding that having Hamilton as a team-mate is "motivating" and "challenging."

Alpine also showed off their new car as they'll have their F1 debut in 2021 after the Renault F1 Team was renamed to promote the French car makers' sports car brand.

Switching from Renault's black and yellow colors, Alpine revealed a blue, white and red livery as the A521 is "proudly representing the colors of the French and British flags, as well as Alpine's illustrious and historic racing colors."

The car will continue to be powered by Renault engine and will carry over parts from last year, but the team said they have "developed and improved every part that has not been homologated."

Esteban Ocon will enter his second season with the team, who will welcome back two-time world champion Fernando Alonso. The Spaniard secured his two titles with Renault in 2005 and 2006, and replaces Daniel Ricciardo, who moved to McLaren.

Alonso didn't join the car launch due to coronavirus travel restrictions in Britain, where the event took place. He's also recovering from a jaw operation after a cycling accident around three weeks ago.

There was also a change in the team's management. Cyril Abiteboul left and Laurent Rossi was appointed chief executive officer.

Mercedes have dominated F1 since the switch to hybrid engines in 2014, securing every drivers' and constructors' championships since then. This season, Hamilton chases a record eighth drivers' title after equalling Michael Schumacher's record last year.

"The last few years were tremendous, we're very proud, but all teams start with zero points, and we need to do our best and not look too far ahead and dream about titles," Wolff warned.

F1 pre-season testing is on March 12-14 in Bahrain, where the season-opening takes place on March 28 after the Australian race scheduled a week earlier was postponed because of the coronavirus pandemic.