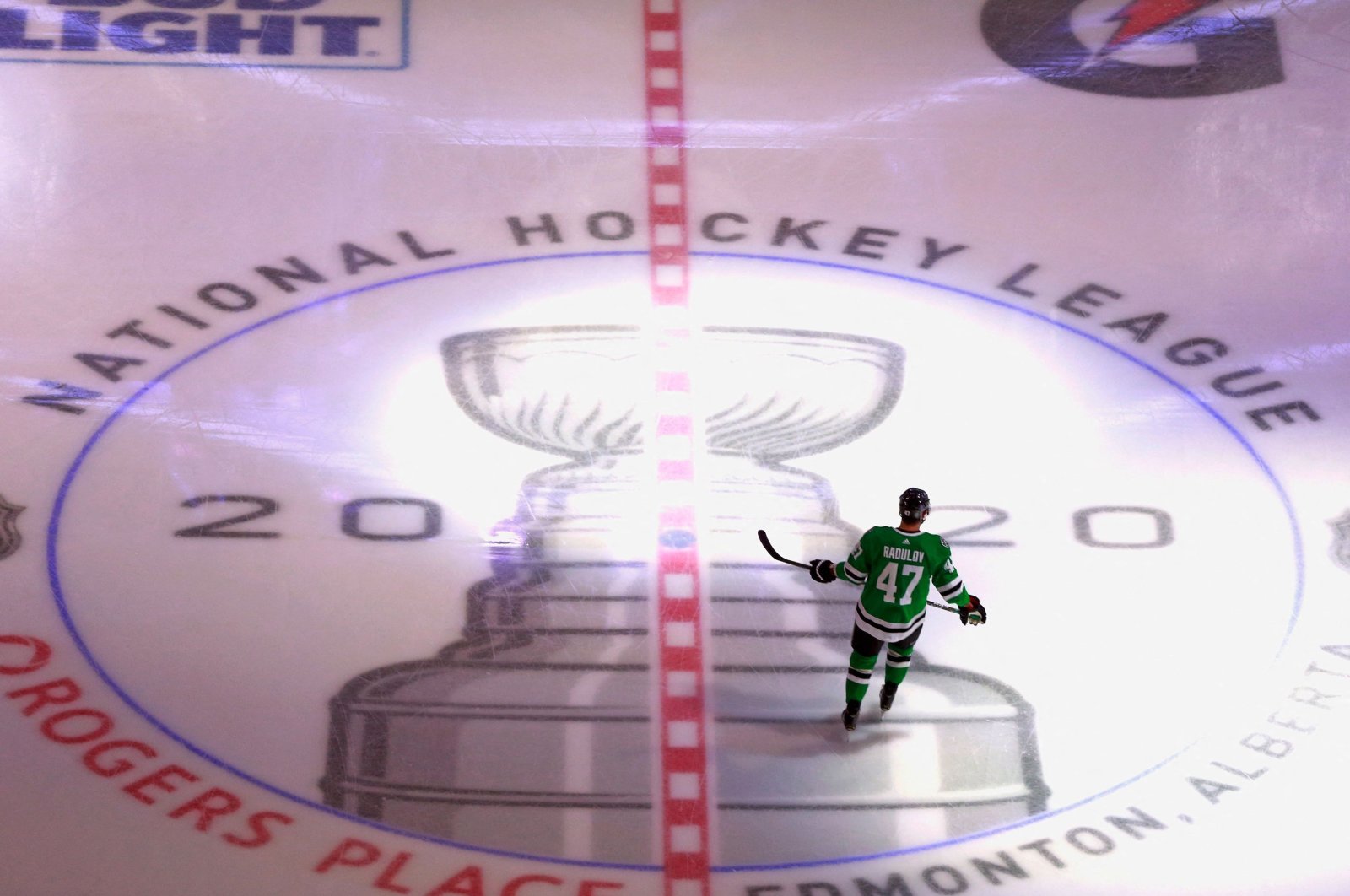 Alexander Radulov of the Dallas Stars skates over the Stanley Cup logo prior to the exhibition game against the Nashville Predators before the 2020 NHL Stanley Cup Playoffs in Edmonton, Alberta, Canada, July 30, 2020. (AFP Photo)
by German Press Agency - DPA Dec 22, 2021 10:35 pm
RECOMMENDED

North America's National Hockey League players will not take part in the men's ice hockey tournament at the Winter Olympics in Beijing due to a surge in COVID-19 cases in the league.

The International Ice Hockey Federation (IIHF) said on Wednesday that the NHL and the players’ association had informed it of the decision, confirming earlier media reports.

The NHL has so far been forced to postpone 50 games in Canada and the United States this season due to COVID-19 outbreaks. In some cases almost entire teams, such as the Calgary Flames, have been infected with the virus, throwing off the season schedule.

"We have waited as long as possible to make this decision while exploring every available option to enable our players to participate in the 2022 Winter Olympic Games," NHL Commissioner Gary Bettman said in the IIHF press release.

"Unfortunately, given the profound disruption to the NHL's regular-season schedule caused by recent COVID-related events ... Olympic participation is no longer feasible."

The NHL said that it now hopes to play games during that time that "have been, or may yet be, postponed" in order to get the season and Stanley Cup play-offs back on track.

But even without the Olympics break, making up for these matches will not be easy, as many of the NHL teams' venues have been booked for other events during the Olympics.

Germany star Leon Draisaitl, who will now stay with his Edmonton Oilers team, was disappointed. The NHL also skipped the Pyeongchang 2018 Games but had initially hoped to allow players to go to China this time.

"It's a great pity that NHL players won't be traveling to the Olympics. I would have loved to be on the ice there for Germany. An Olympic tournament with the best players in the world would have been something special," the 26-year-old said, pointing to Chinese rules which ultimately made the decision for the NHL.

"If players testing positive for COVID-19 during the Olympic tournament are to spend up to three weeks in quarantine, that's not acceptable from my point of view either and doesn't work with our game plan. Especially not in view of the many make-up games.

"In any case, I wish the Germany guys a lot of success and will be rooting for them."