Not midnight yet as Canadiens beat Lightning 3-2 in OT 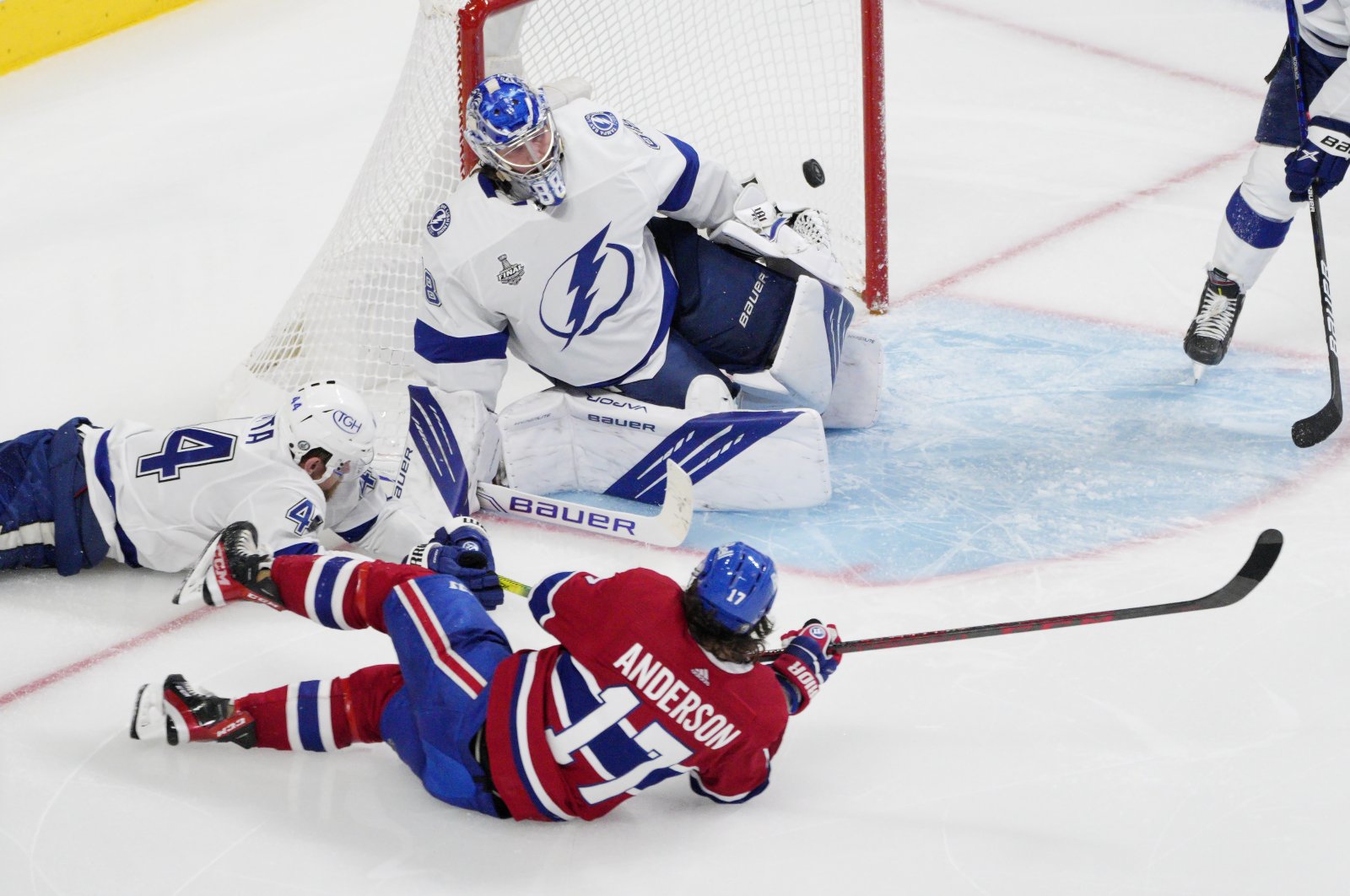 Might be time to start dusting off tried and true cliches – "One game at a time" or "It isn't over until the fat lady sings" – seeing as how the Canadiens were able to avert a humiliating sweep by the Lightning and thus keep their Cinderella story going for at least one more game. If Montreal can manage to repeat their latest feat three more times in a row, they will become only the second team in NHL history to bounce back from an 0-3 hole to open a Stanley Cup Final series.

The Canadiens' Josh Anderson delivered in overtime. The speedy winger scored his second goal 3:57 into overtime, and the Canadiens avoided elimination by defeating the defending champion Lightning 3-2 in Game 4 Monday.

“We didn’t want to end it tonight in front of our fans. We expected to go to Tampa tomorrow,” Anderson said. “I think everybody in that locker room did, you know, packed our bags this afternoon.”

The series shifts to Tampa Bay for Game 5 on Wednesday night.

“Webby is our leader,” forward Brendan Gallagher said. “I think we would have killed it for anyone, but he’s been a rock for us since he’s come to our team.”

The Lightning are attempting to become the NHL’s second team to win consecutive championships in the salary-cap era, which began in 2005. The Pittsburgh Penguins accomplished the feat with titles in 2016 and 2017.

Tampa Bay, which won the Cup last year by defeating Dallas in six games, is one resilient bunch, too. It is 13-0 over the past two playoffs when coming off a loss.

“Sometimes you play pretty good and it’s a break here, a break there that just doesn’t go your way. You just go to keep working through it,” Lightning coach Jon Cooper said. “No hanging our heads, but I liked a lot of things we did tonight.”

Montreal became the first team to score in OT to avoid a sweep in the Stanley Cup Final since the Bruins did it in 1946 against the Canadiens, according to STATS.

The Canadiens also avoided becoming the first team to get swept in the final round since Detroit won four straight over Washington to win the championship in 1998.

They drew some inspiration from Anderson, who provided his teammates with a rallying cry a day earlier when he said: “We’re not finished yet.”

“We understood the hole that we were in, but we just kind of talked about it: Find a way to win one game here,” Gallagher said. “(Anderson) stepped up and scored a couple of big goals for us. It’s going to be the same thing next game.”

Anderson got his second career playoff overtime goal after he forced a turnover at the blue line and outraced Jan Rutta and Yanni Gourde to a loose puck along the left boards. He then directed the puck toward the net, where Caufield got a piece of it but pushed it wide.

Anderson jumped back in front and knocked the puck past Vasilevskiy inside the left post. His follow-through put him on the ice, where he celebrated the goal while on his back.

Montreal was outscored 14-5 in the first three games, including a sloppy 6-3 loss in Game 3 on Friday.

They got off to a better start Monday, thanks to Price stopping 12 shots in the opening period and Anderson converting Suzuki’s centering pass at 15:39 for Montreal’s first lead of the series.

Though Tampa Bay rallied twice to tie, the Canadiens never relinquished the lead.

The Lightning are 0-4 in OT this postseason, and 0-5 when giving up the first goal.

“We have confidence in the power play. We had some good looks throughout the game, but at the end of the day you want to bear down and score one there, but it didn’t happen,” said Lightning defenseman Victor Hedman, who had a shot from the slot get a piece of Price’s blocker and go off the left post during a power-play chance late in the second period. “That was a close game overall."

Montreal is accustomed to overcoming adversity. The Canadiens entered the playoffs with the worst record among the 16 qualifiers before rallying from a 3-1 series deficit against Toronto. Montreal then swept Winnipeg in the second round and eliminated Vegas in six games in the semifinals to advance to its first final appearance in 28 years.

The Canadiens improved to 8-1 when facing elimination on home ice in the final.

The Lightning still get a chance to clinch the title on home ice and celebrate with their fans and – more importantly – family. It was something Tampa Bay was unable to do in the restricted-access bubble in Edmonton, Alberta, in September, when it defeated Dallas in six games for the title.

Tampa Mayor Jane Castor may have got her wish in suggesting, a day earlier, that perhaps the Lightning “take it a little bit easy” to win back home.

In NHL playoff history, only four teams have rallied to win a series after losing the first three games, with Toronto the only one to do so in the final in beating Detroit to win the Cup in 1942. The Los Angeles Kings were the last team to overcome a 3-0 series deficit by beating San Jose in a 2014 first-round series.