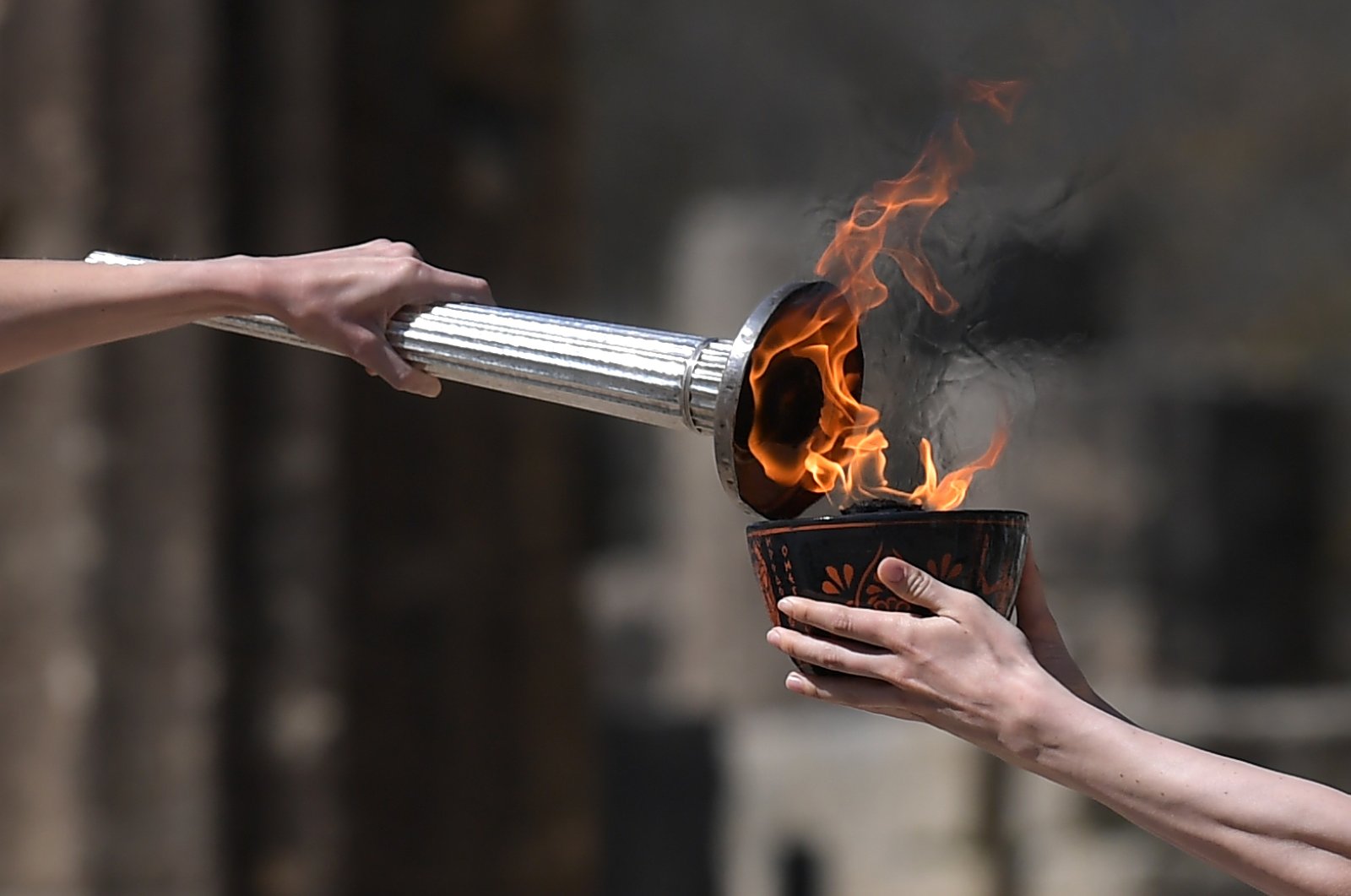 Tokyo 2020 organizers said Tuesday they had taken the "heartbreaking" decision to scale back parts of the Olympic torch relay due to the coronavirus but stressed that spectators would still be allowed to watch from the roadside.

Chief Executive Toshiro Muto told reporters that the "grand start" of the torch relay from the disaster-hit Fukushima province would take place without spectators "in order to prevent the spread of infections."

Any spectators who are feeling unwell will be asked not to watch from the roadside and torch-bearers with high temperatures will be barred from taking part, Tokyo 2020 said.

"Please be careful to avoid forming crowds," organizers urged, saying the program could be changed in the event of "excessive congestion."

The moves come as doubts increase whether the Games can open as planned on July 24, with the coronavirus decimating the global sports calendar, including Olympic qualifying events, and curtailing international travel.

Muto reiterated the Olympics would go ahead "as planned," although he acknowledged that "situations are changing from hour to hour."

"It is heartbreaking for us," said Muto, referring to the changes to the relay.

Ceremonies to mark the flame's arrival at its final destination each day, as well as departure ceremonies, will take place without fans.

So-called "welcome programs" by local municipalities will be scrapped.

The flame is set to arrive on March 20, in Miyagi prefecture north of Tokyo, after the traditional lighting ceremony in Greece took place without spectators.

Only 100 accredited guests from the International Olympic Committee (IOC) and the Tokyo 2020 Organizing Committee, compared to the 700 planned originally, were allowed to attend the ceremony.

Greece then canceled its leg of the torch relay after large crowds gathered to see the flame, despite repeated pleas to stay away.

Hollywood actor Gerard Butler, who starred as the ancient Spartan King Leonidas in the 2007 epic "300," was mobbed as he lit a cauldron in the city of Sparta.

Japanese Olympic organizers had already scaled down festivities to celebrate the flame's arrival at a military base, scrapping plans to involve 200 children.

The Japan leg of the relay will kick off on March 26 from the "J-Village" sports complex, which was used as an operational base by workers scrambling to contain the crippled Fukushima nuclear reactors after the 2011 earthquake and tsunami.

Japan has chosen the remote towns surrounding the Fukushima nuclear plant for the start of the relay to showcase the region's reconstruction.

Japanese officials have touted the summer Games as the "recovery Olympics," hoping to draw global attention and a sense of optimism to the region.

The relay will tour the nation and will end in Tokyo, more than 200 kilometers (120 miles) away from Fukushima.

However, as the coronavirus continues its relentless march across the world, polls in the Japanese media suggest people increasingly believe it would be better to postpone the Olympics.

Prime Minister Shinzo Abe and Tokyo Gov. Yuriko Koike have insisted preparations for the Games are going ahead as planned, with the latter saying a cancellation is "unthinkable."

After a telephone meeting with other Group of Seven (G7) leaders Monday, Abe said he had received their support to hold the Olympics "in its complete format" as a "symbol of mankind's victory" over the virus.

However, the decision rests with the IOC, whose head Thomas Bach has stressed he will follow the World Health Organization (WHO) recommendations regarding a possible postponement.

But he has also acknowledged that the cancellation of qualifying events was posing "serious problems."

The IOC is scheduled to hold high-level talks on Tuesday before holding conference calls with sports organizations to discuss various issues, including qualifying.

Japan has seen 824 cases and 28 deaths related to the coronavirus outbreak, classified as a pandemic by the WHO.