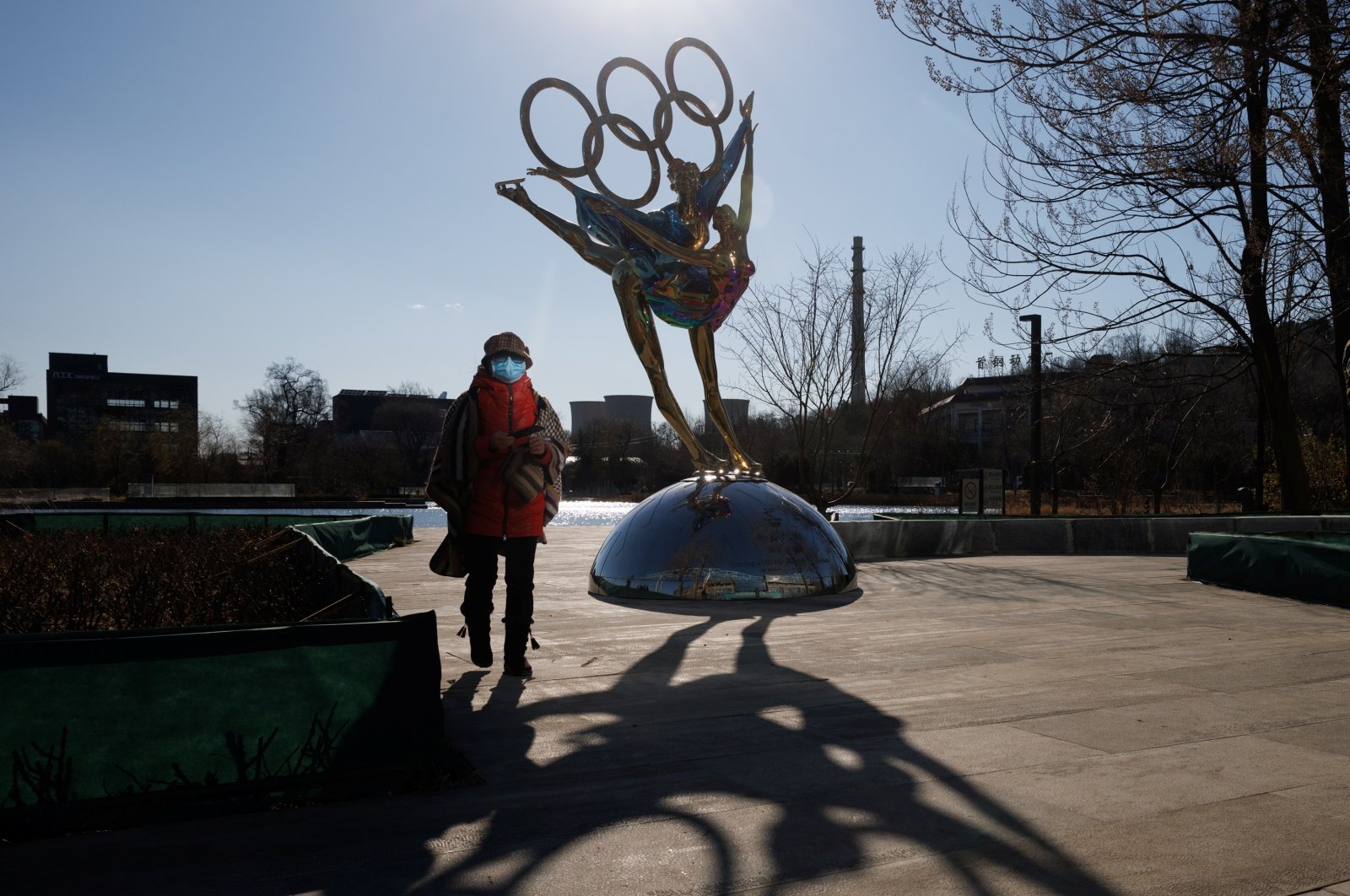 The newly discovered omicron variant of the coronavirus has emerged as a concern for Beijing Winter Olympics organizers but China remains confident the games will go ahead as scheduled in February.

The new variant is the latest challenge facing the games, which has taken criticism over the lack of natural snow in the Chinese capital, the country’s human rights record, and tennis star Peng Shuai’s recent accusations of sexual assault against a former top leader of the ruling Communist Party.

At a daily briefing Tuesday, Foreign Ministry spokesperson Zhao Lijian said omicron would "certainly bring some challenges in terms of prevention and control.”

"I’m fully confident that the Winter Olympics will be held as scheduled, smoothly and successfully," Zhao said, citing China's experience in largely controlling widespread infections since the pandemic began in the central city of Wuhan in late 2019.

China maintains some of the world's strictest anti-virus travel restrictions and has said it will not allow overseas spectators at the games. Athletes, staff and journalists will be confined to bubbles for the duration of the competition, which will take place at three far-flung locations in downtown Beijing, its suburb of Yanqing, and neighboring Hebei province.

Along with logistical and health concerns, China faces the prospect that the U.S. and other Western democracies will decline to send government officials to the games in protest over China's treatment of Turkic Muslim Uyghurs and other minority groups, along with civil society and human rights activists.

Politicians, the WTA and leading tennis players have also raised concerns about the safety of three-time Olympian and former top-ranked doubles player Peng, who publicly accused Zhang Gaoli, a former member of the party's Politburo Standing Committee of coercing her into sex three years ago.