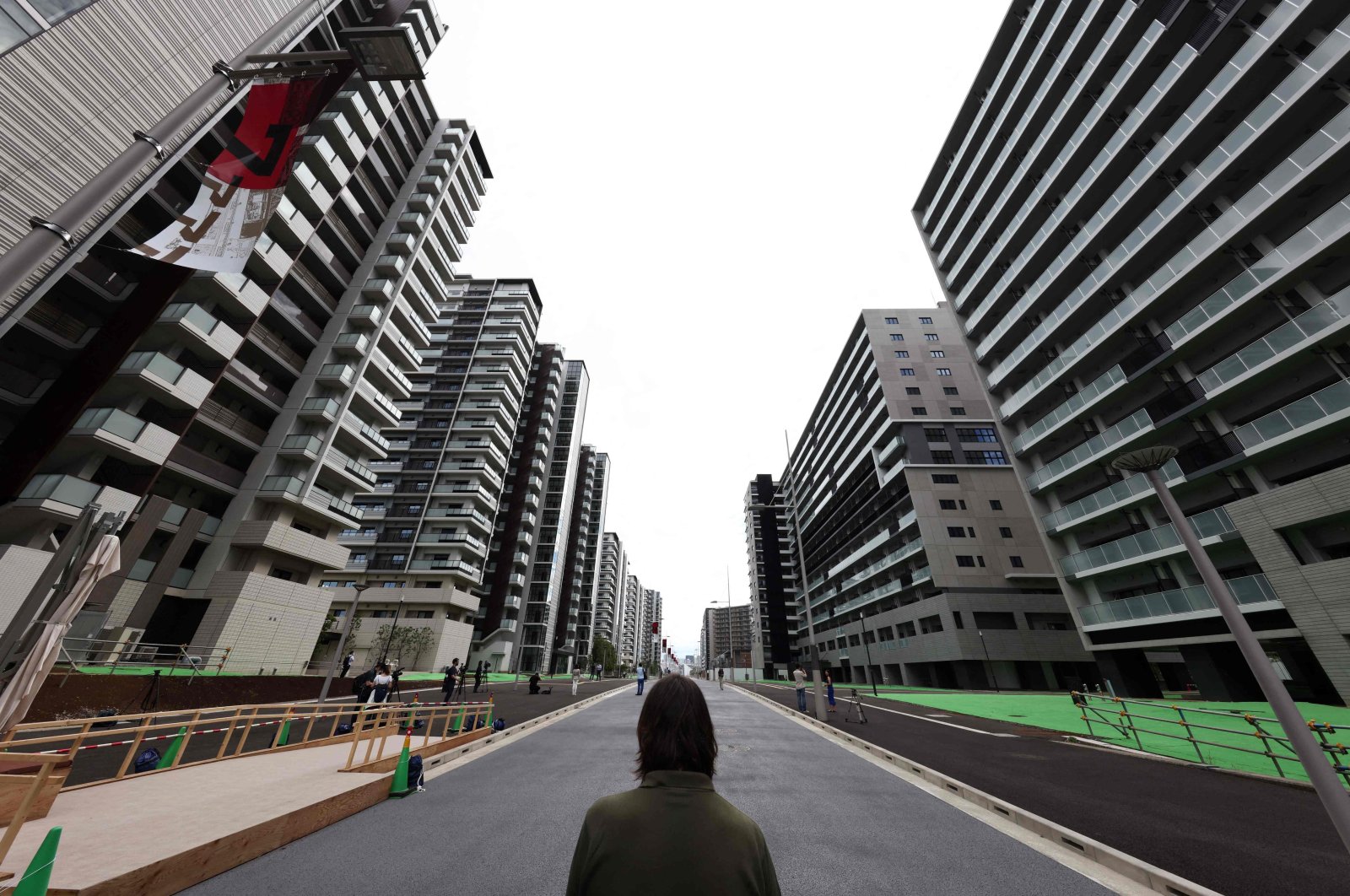 A reporter looks at the buildings that will host the athletes during the 2020 Tokyo Olympic Games, during a media tour of the Olympic Village, Tokyo, Japan, June 20, 2021. (AFP Photo)
by REUTERS Jun 20, 2021 1:01 pm
RECOMMENDED

With little over a month to the Tokyo 2020 Olympics, the organizers opened the athletes' village to the media Sunday, showcasing the apartments and public spaces, including a timber-laced shopping plaza, for the nearly 11,000 athletes expected to participate in the event.

The once-delayed Games are due to start on July 23 amid concern that the influx of thousands of people from around the world would contribute to the spread of COVID-19.

Japan has avoided the kind of explosive outbreaks that crippled many other countries. But its vaccination program has been slow and the medical system pushed to the brink in parts of the country. The government's drive to hold the Games has been criticized by hospitals and doctors' unions.

Underscoring the concern, a Ugandan athlete arriving in Japan late Saturday for a preparation camp ahead of the Olympics was found to be infected with the virus, public broadcaster NHK said.

Athletes will be shuttled in and out of the village and be tested for the coronavirus every day.

Olympic rules ban singing and chanting during events, with masks required at almost all times.

"We want this to be an athletes' village that the athletes will remember, but at the same time they must follow very strict rules about masks," said Saburo Kawabuchi, mayor of the Tokyo 2020 athletes' village.

"Except when eating, training, competing and sleeping, they must wear masks constantly, which is a very trying circumstance for global athletes."

Organizers were originally planning to feed residents of the village in vast dining halls – the largest with a capacity to seat 4,500 people.

But now, organizers will ask athletes to dine alone, maintain social distancing from others and wipe down surfaces after eating to curb the spread of the virus.

The wooden plaza, which draws on Japanese minimalist design aesthetics, follows the Tokyo 2020 theme of using timber in the construction of Olympics venues, including the National Stadium.

The 2.4 billion yen ($22 million) shopping area was made from 40,000 pieces of timber donated by 63 Japanese municipal governments. Each donated piece is marked with the name of the area that provided the wood.

After the Olympics, it will be dismantled and the timber returned to the donating cities for reuse in local facilities.

The apartment complex abutting the shopping plaza was built on reclaimed land and designed to house about 12,000 people in 23 buildings. It includes shops, a park and a school. The buildings will be converted into flats after the Olympics.

The development of the housing project cost the Tokyo government 54 billion yen, including road work and infrastructure.