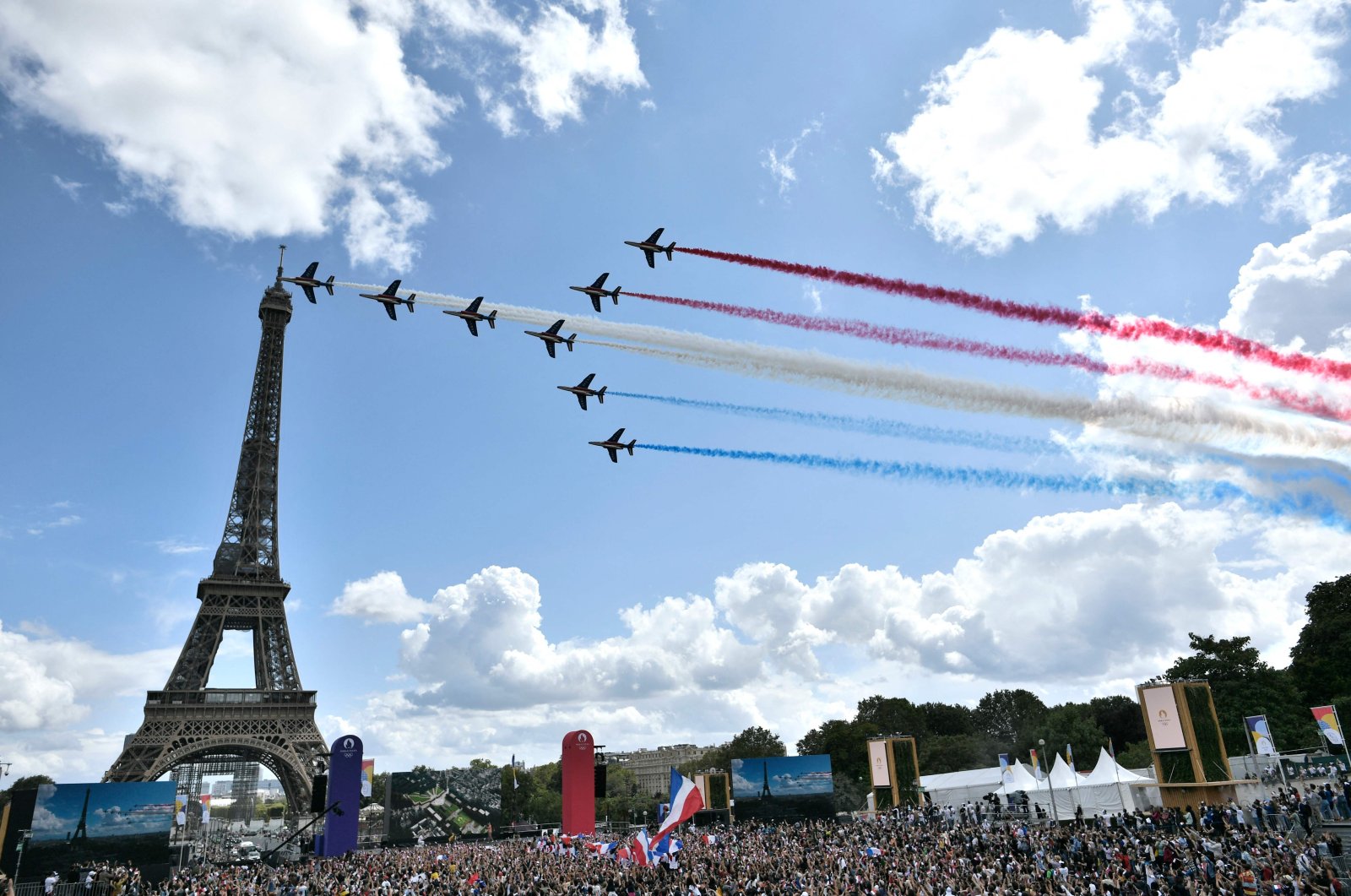 French aerial patrol "Patrouille de France" fly over the fan village of The Trocadero set in front of The Eiffel Tower upon the transmission of the closing ceremony of the Tokyo 2020 Olympic Games, in Paris, Aug. 8, 2021. (AFP Photo)
by German Press Agency - DPA Aug 09, 2021 10:29 am
RECOMMENDED

With the Tokyo Summer Olympics ending Sunday, organizers of the 2024 Paris Games looked forward to welcoming the world to France in three years.

Paris 2024 chief Tony Estanguet, a three-time gold medallist in canoe slalom, praised everyone involved with the Tokyo Games for managing to hold the event amid a global pandemic.

As the Olympic flag was passed from Tokyo to Paris on Sunday, though, Estanguet talked up his team's plans to host their first Summer Games since 1924.

"We waited an extra year for this moment, but we are already waiting 100 years to bring the Olympic flag back to Paris, so the excitement is very strong in our team and back home in France,” Estanguet said.

The Paris bid, awarded in 2017, features venues familiar to any tourist, with competitions to be held at the Place de la Concorde, Champs de Mars, Les Invalides and the Palace of Versailles, among other high-profile spots.

"Every host city must bring something new and contribute to the evolution of the Games," Estanguet said.

"With Paris 2024, our ambition is to offer a new model to open the Games to more people. This starts with offering the Games to the city.

"Our plan is based on taking sport out of its traditional spaces and putting competitions at the heart of the city, in front of the most famous Parisian landmarks; the Eiffel Tower for beach volleyball, wrestling and judo, and equestrian at the Chateau de Versailles.

"The ambition is simple: invite the world, including the hundreds of millions of viewers, into the very heart of Paris.”

Thanks to that one-year delay, the welcome will occur relatively quickly. On July 26, 2024, Paris will take center stage.