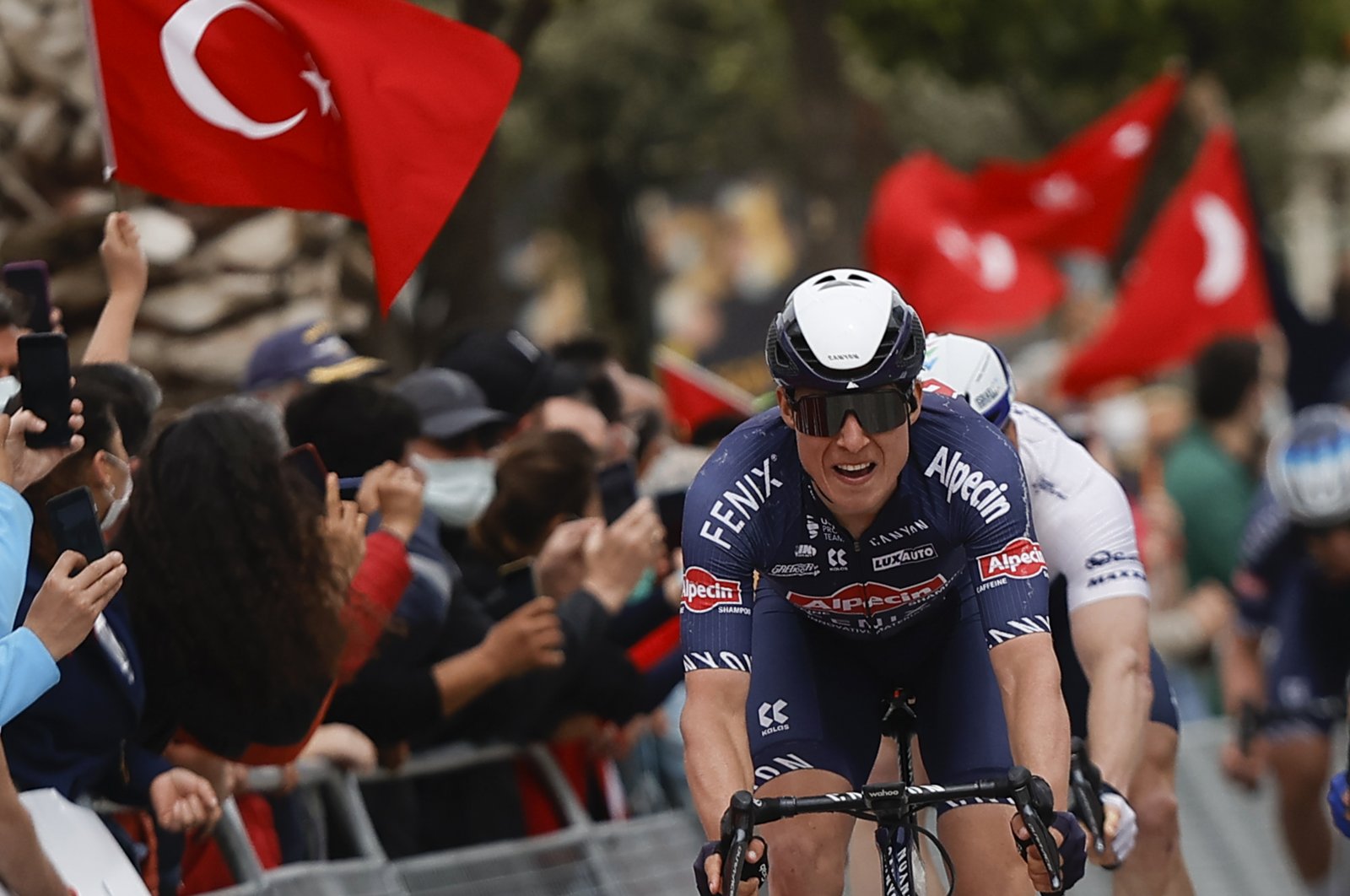 Alpecin-Fenix's Belgian rider Jasper Philipsen made it two in a row by winning the seventh stage on the 56th Presidential Cycling Tour of Turkey on Saturday.

The run from Marmaris to Turgetreis ended in an elite sprint for the fifth time with the Belgian taking two wins and Cavendish three, although the Briton was left looking disgusted at his defeat.

It was a fast downhill finish and the 23-year-old Philipsen won by a clear bike length from the chasing pair of 38-year-old Greipel and Cavendish, who is 35.

Strong winds caused breaks in the peloton with the more powerful riders faring better on the open plains, but Greipel's Israel Start-Up Nation team did most to reel the escapees in just 2 kilometers from home.

Spain's Jose Manuel Diaz remains the overall race leader, but only by 1 second from Australian Jay Vine who took four bonus seconds in the intermediate sprints ahead of the final stage between the coastal resorts of Bodrum and Kusadasi.

The 56th Presidential Cycling Tour of Turkey will end with the eighth leg on Sunday on the 160.3-kilometer Bodrum-Kusadası track.

Earlier on Friday, Philipsen had won the 129.1-kilometer sixth stage from Fethiye to Marmaris.